In just a few hours, Sylvia and I will be married. And yet we're still working out last-minute details. Tomorrow is going to be a long (but fun) day.

In the meantime, I want to thank the gang for putting on a terrific bachelor party for me back on July 21. I had a great time - here are some of the highlights. 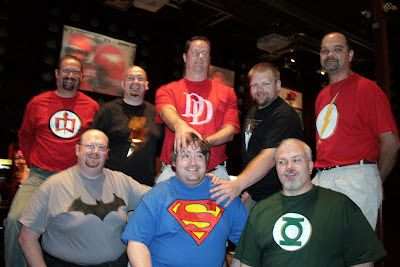 The gang surprised me by showing up in superhero-themed t-shirts. In the back row we have Pete as the Greatest American Hero, Sean as Black Adam, Mike as Daredevil, Scott as Grendel, and Jeff as the Flash. Up front there's Steve as Batman, me as Superman, and Colin as Green Lantern. 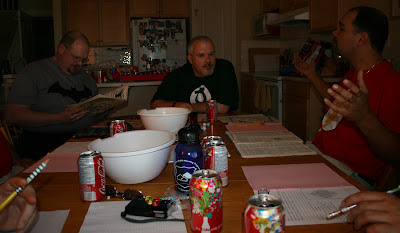 Before heading to Schank's sports bar for boozeahol, we engaged in some old-school RPGing: Villains and Vigilantes. This game is amusing because its central conceit is to cast you, the player, as a superhero. In other words, rather than making up some imaginary character, you play yourself - but with abilities far beyond those of mortal men. If the way our game went is any indication, humanity's in deep trouble if any of our gang ever gets super powers. 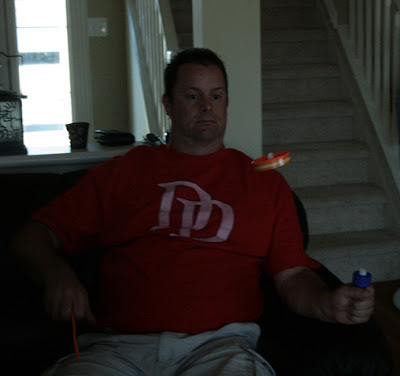 Mike was mesmerized by this flying toy.

Whenever Mike gets drunk, he's overcome with the urge to stick his tongue in someone's ear. This time I was the victim. 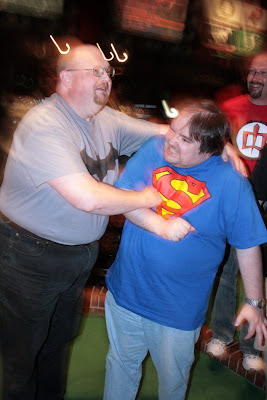 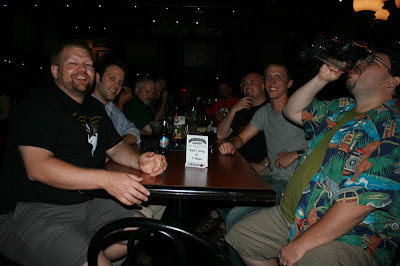 At right, Dustin finishes off some grog. 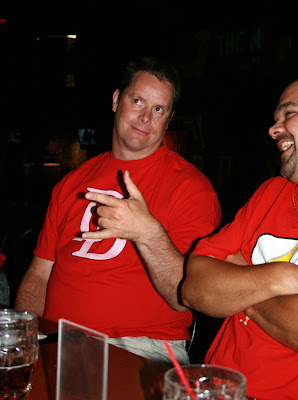 Mike explains his philosophy of life.

Guess this is my last blog post as a single guy. Stay frosty, true believers! 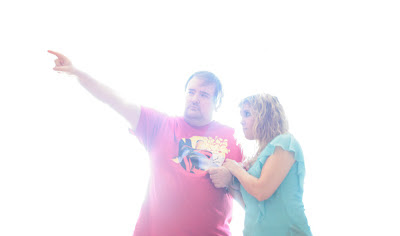 Wedding rehearsal's on Wednesday, Sylvia's on a day pass from Grandview and having her dress fitted right now, tuxedo fitting sometime this week, guests coming in from out of town, still have to write the program for the reception...

Common-law gets more appealing with every minute. At least the readings are chosen - of course I haven't emailed them to Pete and Sylvia's aunt yet, maybe I'd better do that instead of blogging... 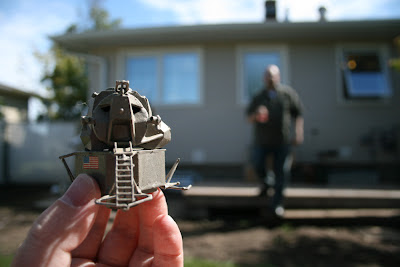 I'm hoping Sean will jump for joy sometime during the event. 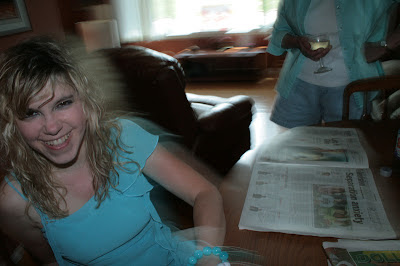 One thing is certain - Sylvia is going to look HAWT.