North to Alaska, Part I 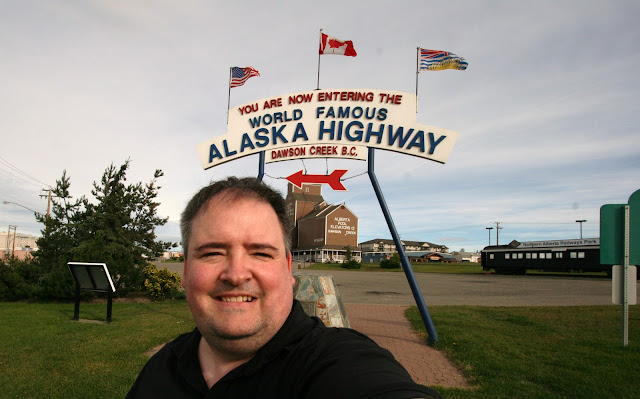 The insecure blogger sat nestled safely behind his monitor, staring blankly at a screen that stared blankly back, wondering how to begin. "Sometimes an abyss is just an abyss," he thought, misremembering an aphorism he once thought witty. "Instead of wondering how to begin, I'll just begin, and for a change I'll write in the third person."

"Won't that seem like hubris?" his better self asked. "Won't it seem...pretentious?"

"Nah. I'll justify it as an experiment, or a way to practice writing in a different voice."

His better self raised a spectral eyebrow and retreated into the background. The blogger started typing.

My Way, or: The Alaska Highway
It began with a simple desire for a cheap vacation, a road trip.

"We could go to South Dakota and see Mount Rushmore, time it so that we're there on the Fourth of July, see how Americans celebrate their national holiday," he told his wife. She wasn't opposed, but he couldn't present a clear plan for the trip, nor did he book his vacation time quickly enough for her to secure her own time off. In the end, he would travel alone - not to South Dakota, but north, to Alaska.

"It's about the same distance and it'll cover more territory that I haven't already seen," he reasoned. He felt guilty ambivalence about his wife's inability to go with him; on the one hand, he would miss her and wanted to experience the trip with her, but on the other, he often felt the seductive allure of solitude. He would enjoy a few days at the top of the world alone.

So he had his car serviced and tuned, then loaded it up with all the essentials: cameras, clothes, a cooler full of Coke, the Milepost travel guide, maps, his smart phone and wallet, a laptop borrowed from his father. Just after noon on a sun-bleached Canada Day, he backed the car out of the garage, waving to his wife. Neither wanted to turn their gaze away first, but in the end he relented, allowing her to watch him drive out of sight, hoping that it wasn't an omen. 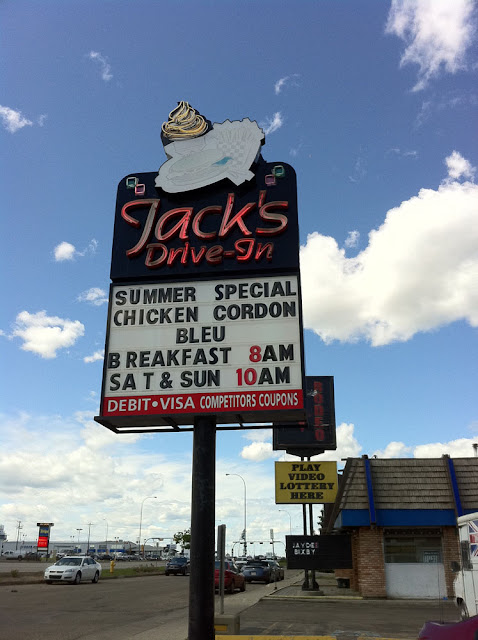 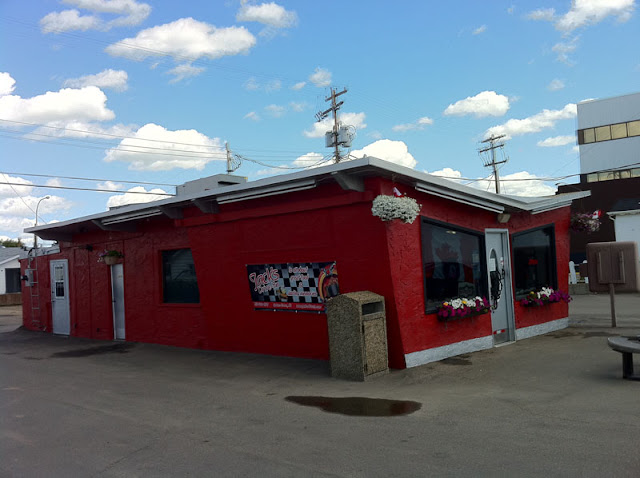 The first leg of the trip was pleasantly mundane: a stop in Spruce Grove at Jack's Drive in for a burger and fries... 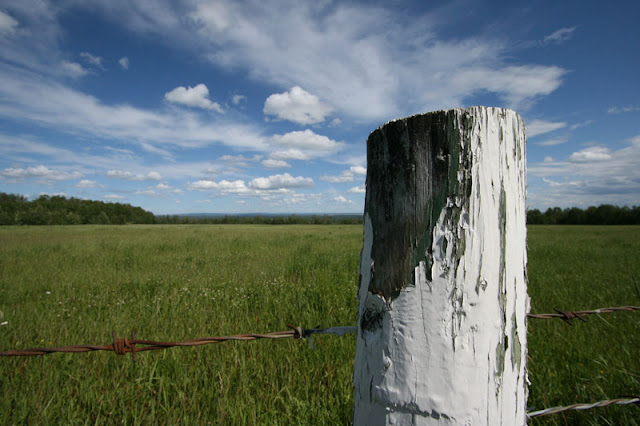 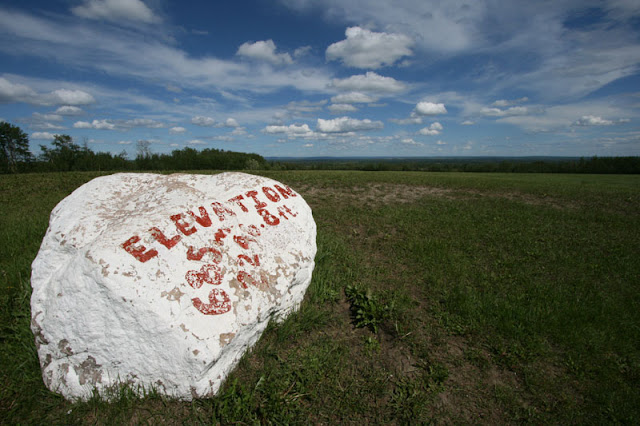 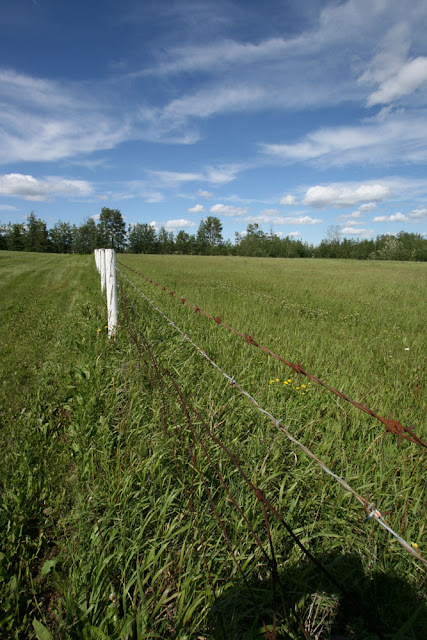 ...a long, winding drive over the meandering Alberta prairie through Whitecourt; a brief stop to ask for directions and to pick up the extended Lord of the Rings trilogy in Blu-Ray in Grande Prairie... 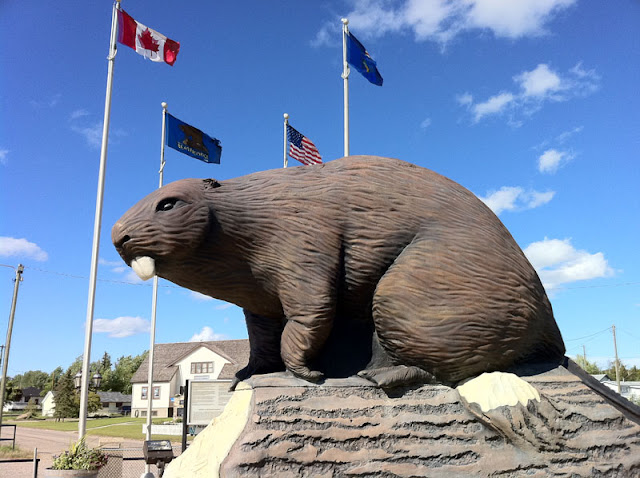 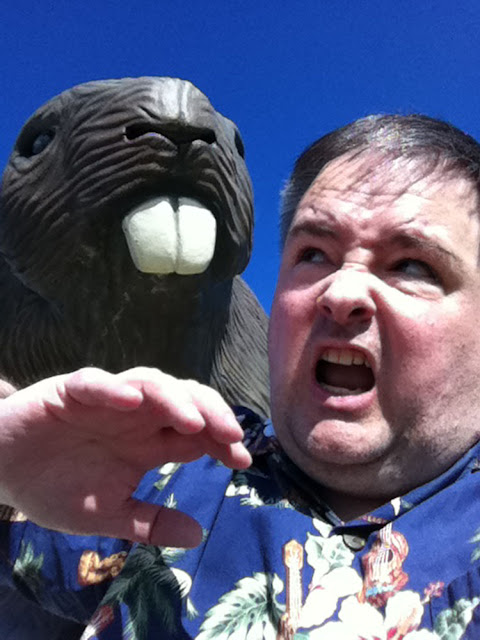 ...and just before the Alberta/BC border, a golden opportunity to take some silly photos in Beaverlodge.

Then it was on to Dawson Creek, British Columbia, famous (to him and perhaps a few others) as the home of his university friend Kim Erickson, and incidentally famous as Mile Zero of the Alaska Highway, a thin ribbon of asphalt torn from the tundra in a time of war. This was mere prologue to his true journey, he thought; a trip to Alaska can only really properly be said to begin at Mile Zero. So he phoned his beautiful wife and then drifted into sleep, imagining a simple voyage, a chance to shoot some photos, to see the Americans wave their flags and shoot their fireworks, perhaps an opportunity to see some exotic wildlife and explore the Klondike.

Some of this, he would experience. But nothing could have prepared him for what was to come: the Chamber of Confusion, the involuntary time travel, The City That Wasn't, The Buffalo Who Stared...nor the quiet horror of the Ice Cream Man, alone at the top of the world.

Nor did he anticipate the price of solitude.
Posted by Earl J. Woods at 11:49 am