Simian Cinema: Rise of the Planet of the Apes (Review) 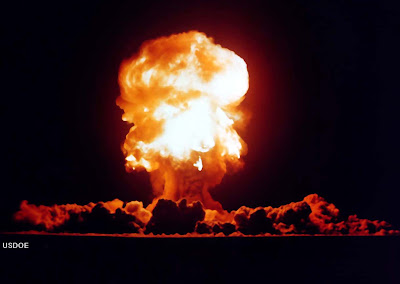 Remembered today mainly for its twist ending and Charlton Heston's histrionic performance as astronaut Taylor, Planet of the Apes (1968) is an intelligent cautionary tale about class, race and the still looming threat of nuclear holocaust. Full of iconic imagery and dialogue, Planet of the Apes is one of a handful of truly great science fiction films of the 20th century. "Get your stinking paws off me, you damned dirty ape," is one of the most quotable lines in cinema, and Heston's anguished railing against the heavens at the film's famous climax is equally memorable.

The film was successful enough to fuel four sequels and a 14-episode television series during the 1970s, and more by accident than design, the time-travel elements introduced in the third film, Escape from the Planet of the Apes (1971), form a reasonably solid time loop or alternate history, depending on your interpretation of the Lawgiver's tears in the final film, Battle for the Planet of the Apes (1973).

Despite declining budgets and the lack of a single creator who could have brought a unifying vision to the series, the five films (and to a lesser extent, the television series) form an interesting story arc encompassing a range of important science fiction themes: slavery, the perils and opportunities of scientific progress, the costs and folly of war, fear of the other, the importance of compassion in the face of cruelty.

It's a shame that Tim Burton's blundering 2001 remake of the original film did little to further the legacy of its predecessor. A simple adventure film with little of the social commentary that made the original film a classic, Burton's Planet of the Apes tacked on a nonsensical twist ending and focused on action instead of ideas.

How delightful, then, that this year's Rise of the Planet of the Apes avoids Burton's mistakes and instead presents audiences with a smart, thoughtful, contemplative film about the inherent moral questions raised by the conflict between animal rights and medical research. Rise is unique in that it is a remake of the fourth film in a series, 1972's Conquest of the Planet of the Apes, with Ricardo Montalban and Roddy McDowall. Like Rise, Conquest tells the story of the apes' rise to dominance, and while the plots are dissimilar, both films approach the subject through the lens of animal rights and racial allegory.

In the new film, scientist Will Rodman (James Franco), driven to cure his father Charles' Alzheimer's Disease, develops a treatment that seems to work wonders - for both human patients and the simian test subjects. Rodman finds himself caring for both his recovering father (John Lithgow) and a chimpanzee, Caesar (a motion-captured Andy Serkis), whose intelligence rapidly rivals that of human beings. Unfortunately, the neighbours fear Caesar, and eventually Rodman must place his adopted son - for that is how both human and ape come to regard the relationship - into captivity. This betrayal gradually transforms the gentle, loving Caesar into a revolutionary, and Rodman's medical miracle soon becomes the catalyst for societal transformation on a global scale. When Caesar finally stands up and shouts his defiance to his oppressors, the moment is electrifying, and from there events proceed to an inevitable confrontation.

The relationship between Caesar, Rodman and Charles forms the emotional core of the film, a true grandfather-father-son relationship that crosses species barriers. Together with Rodman's new girlfriend Caroline (Frieda Pinto), they form a playful, loving family, torn apart by the flawed human society around them. This is epic tragedy.

An intelligent script and excellent performances serve this important story well. There are a few clever nods to the original films: a pair of famous lines of dialogue uttered in different contexts, and background references to the space mission that preceded the events of the original film.

Science fiction films that favour story over spectacle are an increasingly rare breed, and I applaud the filmmakers for tackling a challenging subject with integrity and intelligence. This is my favourite film of the year so far.

Rise of the Planet of the Apes gets two opposable thumbs up!
Posted by Earl J. Woods at 8:59 pm

A well timed review, I just saw the movie tonight. I have to agree that it is a good movie.