Cabin in the (Earl J.) Woods 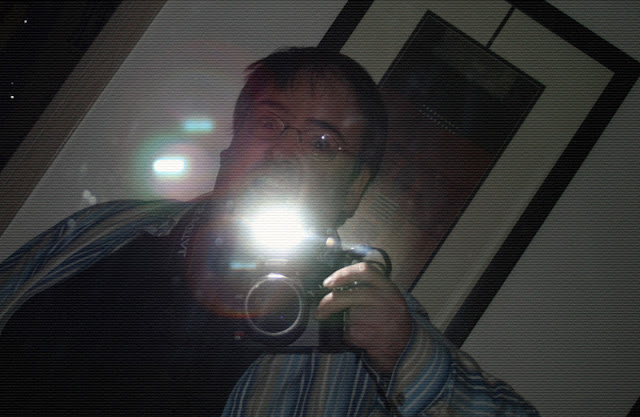 I can say little about first-time director Drew Goddard's The Cabin in the Woods without spoiling the experience for those who haven't seen it. But I will say that this film is one of the most imaginative and enjoyable works I've seen in years. It's brave, innovative and will linger in your thoughts long after the house lights brighten.

Goddard - best known for his work as a writer on Lost, Angel and Buffy the Vampire Slayer - takes all the most overused horror film tropes and inverts, subverts, turns them inside out and twists them into a Möbius strip. Cynical, nihilistic and unflinching, Goddard's work here will make audiences laugh out loud one moment, squirm in terror the next, and then make you question each of your emotional responses. Like no other, this film makes the audience understand our complicity in the horrors it serves up for our enjoyment.

Like the best entertainment, The Cabin in the Woods holds up a mirror to society and asks us hard questions about the world we've made for ourselves. Is it just? Fair? Why is there suffering when it's within our power to put an end to it? Or do we have that power - is it possible we're just pawns in some cruel taskmaster's game? If there's a fate, should we embrace it or spit in its face? What is the true structure of the world?

Produced and co-written by geek auteur Joss Whedon, this film makes good use of a number of Whedon alumni - Amy Acker and Fran Kranz among them - along with rising stars like Chris Hemsworth (Thor, Star Trek, The Avengers) and veterans like Bradley Whitford (The West Wing). Whedon's scripts are sometimes less than subtle, but in this case his tendency to write dialogue that's just a bit too clever is wisely muted. While there are a few laughs, they're designed to build empathy with the characters and to underscore the film's message.

It's all well and good to create a film with some intelligence and meaning, but is it scary? Let me put it this way: for the first three quarters of the film, I thought this movie might be one of the rare horror films Sylvia could enjoy without freaking out. But once the climax began, I quickly realized that she must never see it, lest she spend the rest of her life in a straightjacket. It is that effective and horrifying in its monstrous implications. (I exaggerate slightly, of course - I don't think it would drive Sylvia mad, but I have no doubt this film would present her with an extremely unpleasant experience.)

Make a trip to The Cabin in the Woods. You may have nightmares, but they'll be worth it.
Posted by Earl J. Woods at 4:51 pm

I'm curious to hear what you think of the Half in the Bag review of TCitW. I had to stop at the spoiler warning, but they certainly weren't as positive about it as you.

Thanks for the link! While these two fellows enjoyed the film, their enthusiasm wasn't as great as mine. Without being overly critical of their review, I respectfully submit that they overlooked or dismissed the key subtext of the film. Whereas they view the central conceit of the movie as a kind of half-baked (pun intended) idea made for the hell of it, I see very deliberate, pointed satire from Whedon and Goddard, and cinematic daring that should be applauded. It feels a little like they missed the main point.

Good review Earl. This is a hell of a fun movie that features twists that got better and better as the film went on. It’s crazy that horror films can be this fun and entertaining just by smart and witty writing. However, it won’t last for too long so we might as well enjoy it while Whedon and Goodard are around.

Saw this with Totty this afternoon and really enjoyed it! I don't know if a person would describe this film as deconstructed, 'post-modern' (whatever that means in this context) or simply self-aware, but it is a movie that plays with the tropes, expectations and limitations of the horror genre and stands them on their heads adroitly. Whedon says CITW is a critical response to the 'torture-porn' sub-genre, a facet of film that sometimes makes me worry about why certain films are made and who they are made for. Thanks for the great review!

Thanks very much, Dan and Stephen!