Return to the Edge of Nowhere, Part VII

Part I
Part II
Part III
Part IV
Part V
Part VI
Why did I feel such an urge to travel thousands of kilometres just to see a virtual ghost town one last time? Because the journey before left me unfulfilled. Though I'd shown Sylvia a place that had dominated my childhood and thus shaped my personality, I'd failed to find the path down into the sinkhole, an ugly name for a magical place, that thickly forested, moss-covered valley that my vivid imagination transformed into an exotic pathway to other worlds.

In the time between my journey to Leaf Rapids with Sylvia and this journey with Sean, more memories had snapped into place, giving me a map to the sinkhole and to my past. This time, I knew I'd find it.

If we survived the bugs...


Well, survive we did. Once we set up the tent we braved the insects long enough to shoot a few photos: 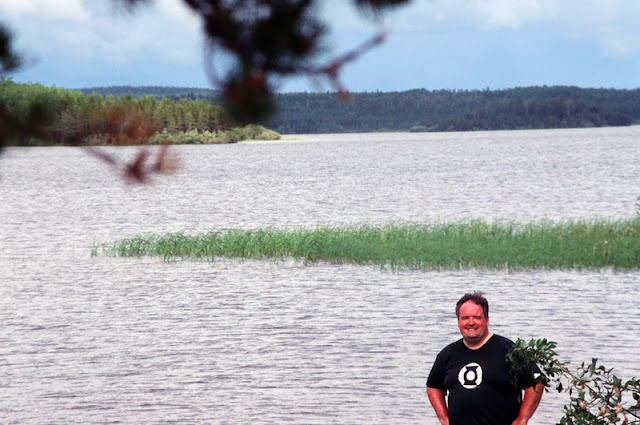 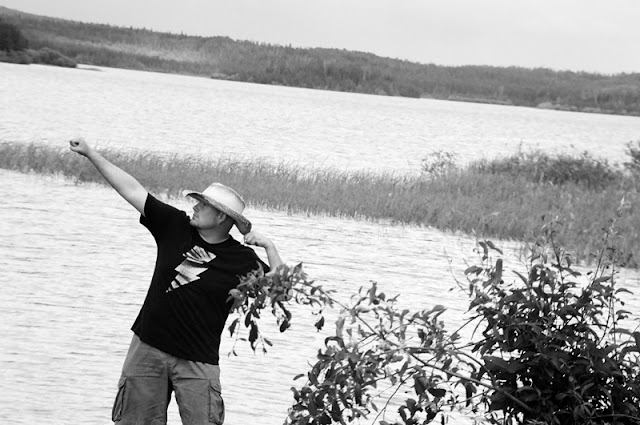 There was a brief gap in the swarms that allowed us to perform a couple of rocket launches: 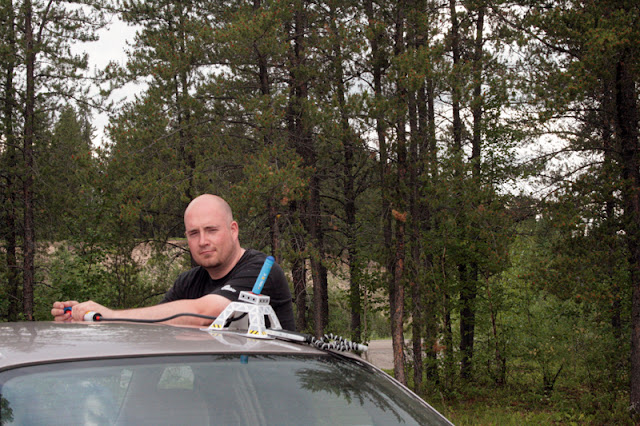 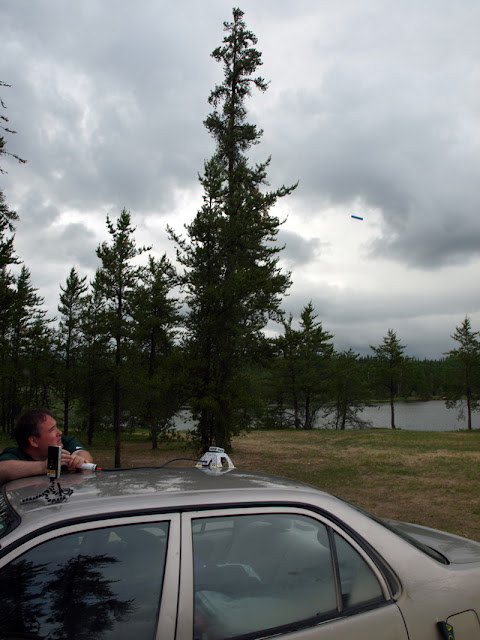 After this childish amusement, we were driven into the tent. Sean's air mattress deflated again, and the next morning we drove to Turnbull Lake, just on the outskirts of Leaf Rapids: 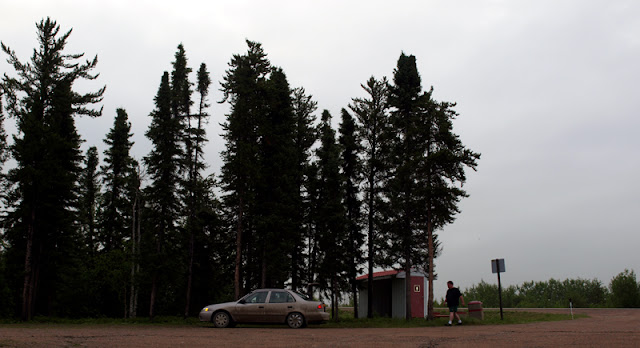 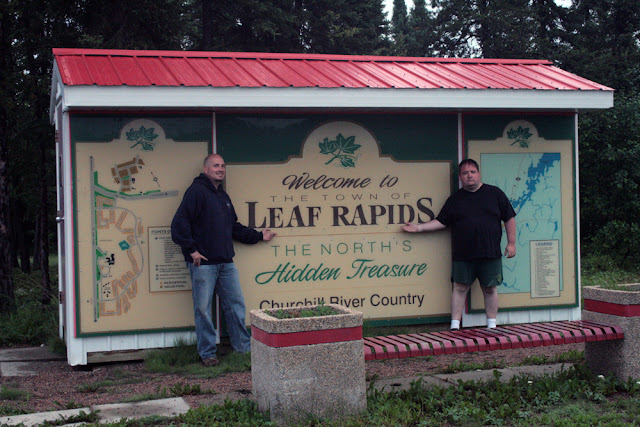 Minutes later, Sean and I would return to the edge of nowhere.
Posted by Earl J. Woods at 11:23 am