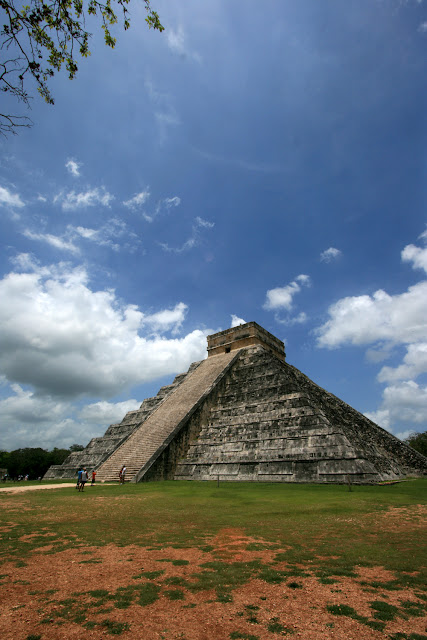 I suggested the Mexican Riviera as our next vacation destination for two reasons: one, so that I could visit the east coast of North America, and two, so that we could see Chitzen Itza, the wondrous and ancient Mayan ruins. 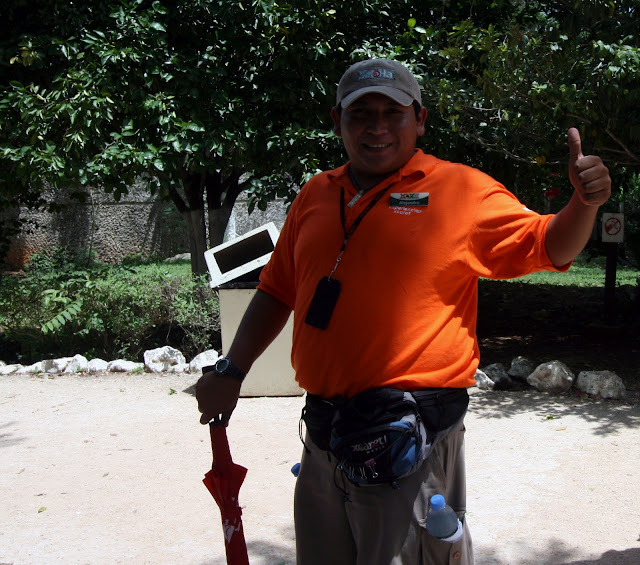 It's a three-hour bus ride from the coast of Quintana Roo into the heart of the state next door, Yucatan, home of Chitzen Itza. Young Alejandro, of proud Mayan descent himself, was our guide, and he took pains to explain Mayan science and philosophy, closely linked to their obsession with time and water. I learned that in the Yucatan peninsula, water comes from cenotes, underground rivers, rather than conventional creeks and streams. Alejandro also scoffed at those who misinterpret the Mayan calendar to claim that the world will end in 2012; to the Mayans, this year is just the end of one 5,000 year old cycle and the beginning of another. 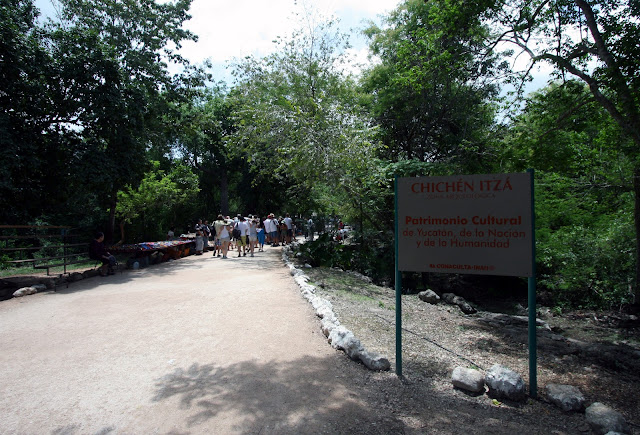 Chitzen Itza is a protected archeological site, but it's also a tourist trap, and as you travel from ruin to ruin, you run a gauntlet of vendors hawking arts and crafts of varying quality. Alejandro offered some advice on how to avoid shysters and get good deals, but he also gave us a warning:

"If you want to buy from a vendor that I know is bad, I'm not going to say a word. Because while there is only one Alejandro, there are hundreds of vendors."

The heat was immense: plus 42. Even with my hat, sunscreen and an umbrella provided by the tour company, my endurance was quickly flagging. I was dripping with sweat in minutes, the intense discomfort alleviated only by the spectacle of the magnificent ruins around me: 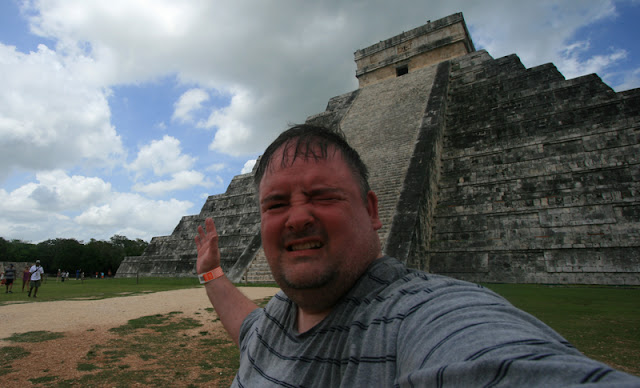 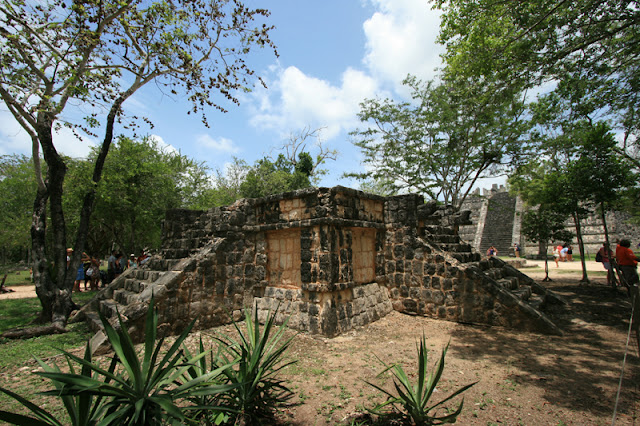 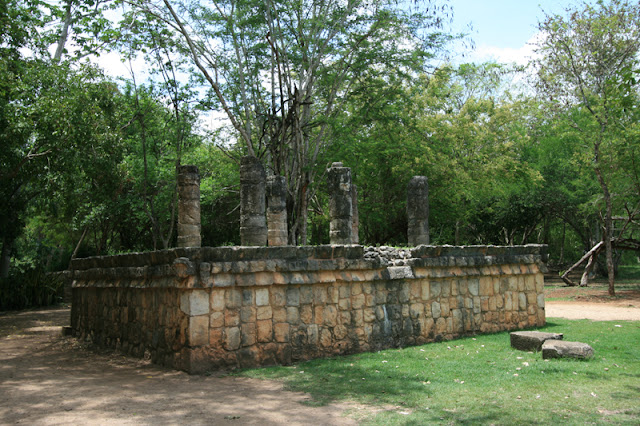 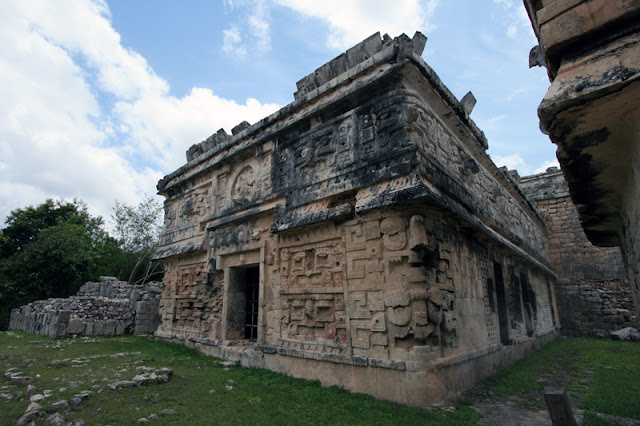 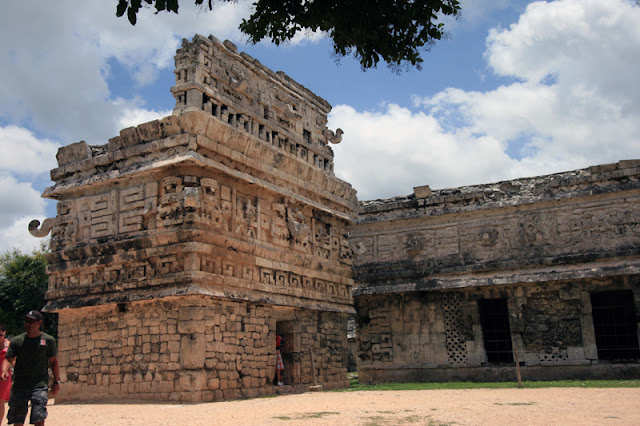 Despite my physical discomfort, I was elated to witness such an ancient and magnificent spectacle with my own eyes. It's one thing to know that such wonders exist; quite another to reach out and touch them. 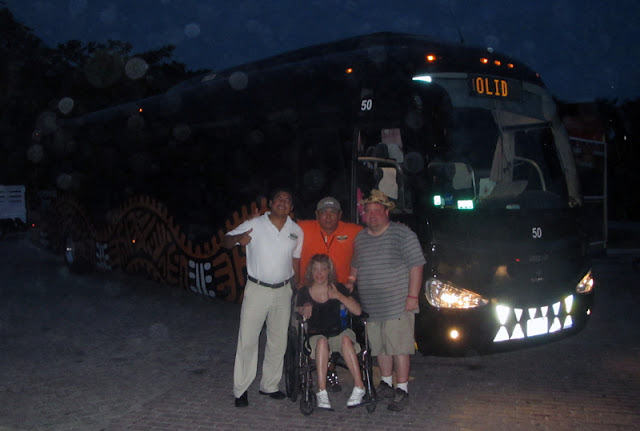 By the time our tour of Chitzen Itza was complete, I was badly sunburned and dehydrated. Fortunately some kindly German tourists, our driver Edem and Alejandro took good care of us, bringing cold towels, more water, and most importantly, the comfort of an air-conditioned bus. On our way back to Quintana Roo we stopped at the old Spanish-style town of Valladolid, where we enjoyed not only Spanish architecture from the 1500s, but also some excellent Lime soup and the friendliness of the locals. A fantastic outing I'll remember forever.