All the Flavours of Failure 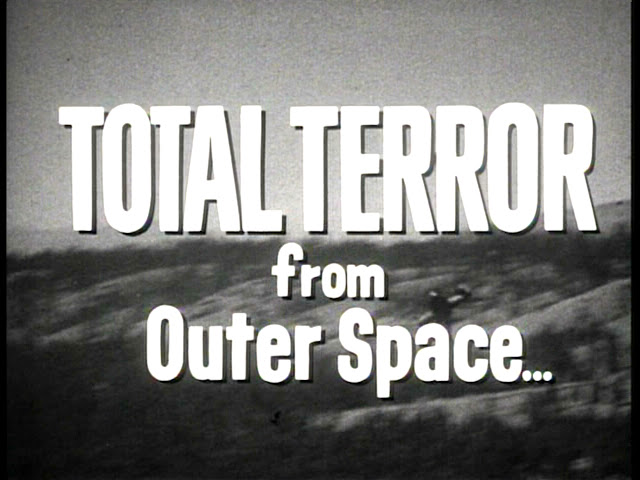 A couple of days ago an email from my friend Stephen prompted a brief discussion about movies and subjective judgment. Stephen sent our circle of friends a link to the trailer to the new Steve Soderbergh film, Contagion:

I remarked that I looked forward to seeing this film, because in my estimation Soderbergh hasn't made a bad movie yet, to which our friend Colin replied, "Says the man who likes Robot Monster."

I understand Colin's  skepticism regarding my taste in film; I did, after all, make the group sit through Bring Me the Head of Alfredo Garcia. Colin's remark helped me realize that to an outside observer, my eclectic taste in movies might seem a little puzzling; I adore the classics, but I also treasure some of the worst movies ever made. But only some of those bad movies; I turn my nose up at other sorts of bad films. Why would I favour one bad film over another? Because sometimes a failure of imagination is worse than a failure of execution.

Here's how I attempted to sum up my feelings:

I do love Robot Monster. There are all kinds of ways for movies to be entertaining. Soderbergh generally chooses the path of good scripts and innovative direction; other, less accomplished creators follow the path of breathtakingly amusing incompetence, ideally combined with overweening ambition.
I have a difficult time explaining why I love movies such as Plan 9 from Outer Space and Robot Monster, but also legitimate classics such as The Treasure of the Sierra Madre or The Third Man, while shunning stuff like Independence Day or Transformers. I guess it boils down to this: subjectively, I get the feeling that the makers of Robot Monster and Plan 9 were trying to make good movies. Their effort and sincerity counts. On the other hand, while Independence Day or Transformers might be more accomplished in a technical sense, these films feel soulless to me - by-the-numbers confections to be forgotten moments after they're seen. I really can't believe that the Roland Emmerich or Michael Bay were actually trying to make good films; they were simply filling niches in the market in the most efficient way possible. There's no room for anything bold or daring in this sort of summer blockbuster; there must simply be explosions, beautiful people and good versus evil.
There are great films. There are good films. There are bad films. Each of these categories has something to offer, even if, in the latter case, it's ironic enjoyment or a simple course in how not to make a movie. But there are also mediocre films. Mediocre films are a waste of time; they don't engage the mind, they don't offer any sort of insight or beauty. Independence Day and Transformers are mediocre films. There are plenty of other examples.
Even Plan 9 from Outer Space provides a real window into the mind of its director; you can see Wood's struggle to overcome his limitations. He shoots for the stars and fails. He's Icarus, brought tragically low by his own limitations. But his efforts are something to behold. His sincerity shines (or perhaps oozes) through every frame of film he ever shot.
Is, say, Roland Emmerich a better director or producer than Ed Wood was? Technically speaking, perhaps. But I'd far sooner watch one of Wood's films.

In other words, sincerity counts. I'd rather watch an ambitious failure that's full of heart than a well-executed but soulless confection. And you can't discount the value of unintentional comedy!
Posted by Earl J. Woods at 8:15 pm

Never for Ever said...

I adore the classes too... especially the lower classes. "Pull!"

What an embarrassing typo.

So true. I'm always down for a cheezy attempt at something (typically in the horror or sci-fi categories), and I would like to never, ever see another Michael Bay film for as long as I live.