When 15 members of the University of Alberta Star Trek Club and the University of Alberta Scuba Club crammed ourselves into a 15-person van for a road trip from Edmonton to Los Angeles, we had to find ways to amuse ourselves during the 27-hour drive. Some suggested 20 Questions, and when my turn came to ask the questions, sometime during deepest midnight, I started with the obvious:

"Is it bigger than a breadbox?" I asked Allan, who harboured the answer in his mind.

A sudden flash of intuition hit me.

"Is if the pyramids?"

Allan's eyes bulged in shock, and he reared back in his seat.

Of course I'm not suggesting a paranormal explanation; it was just a moment of whimsy on my part that, against all odds, happened to be correct. But the look on Allan's face was spectacular.
Posted by Earl J. Woods at 7:28 pm No comments:

To the best of my recollection, I was a reasonably well-behaved child. But three incidents still linger in my memory:
What drove me to such lengths? I have no defence. Shamefully, I enjoyed the toy for many years after...but I eventually learned to miss the Monopoly houses.
Posted by Earl J. Woods at 5:13 pm 1 comment: 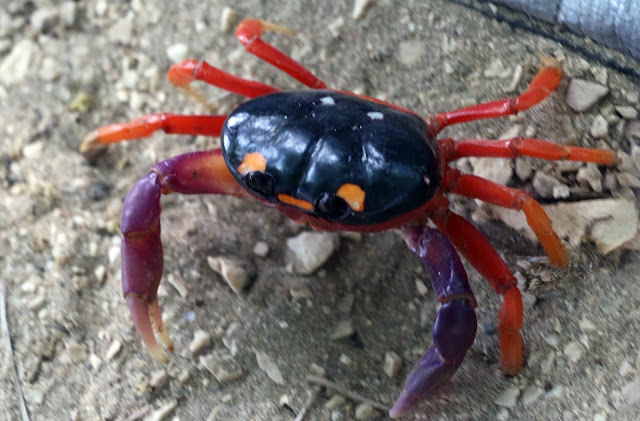 Back in 2015, Sylvia and I visited Costa Rica. While relaxing on the beach at Playa Avellanas, this handsome fellow scuttled up to our loungers.

"WHAT IS THAT THING!?" Sylvia shrieked. "GET IT AWAY, AAHHHHH!"

I felt bad laughing, but really, even Sylvia admitted in the moment that this was a very lovely creature. She just doesn't like things that jump, creep, and sneak.
Posted by Earl J. Woods at 5:09 pm 1 comment:

Depressing, Scary Read of the Day

Lynn Parramore of the Institute for New Economic Thinking delves into the shadowy work of James Buchanan, who she identifies as one of the primary driving forces behind America's steady lurch toward oligarchy.
Posted by Earl J. Woods at 6:05 pm 4 comments: 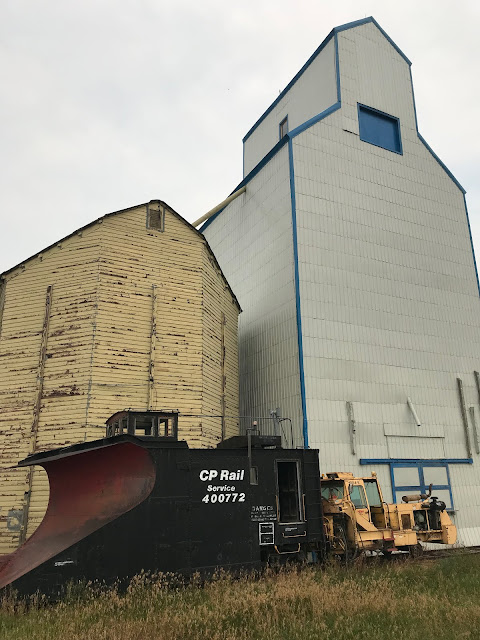 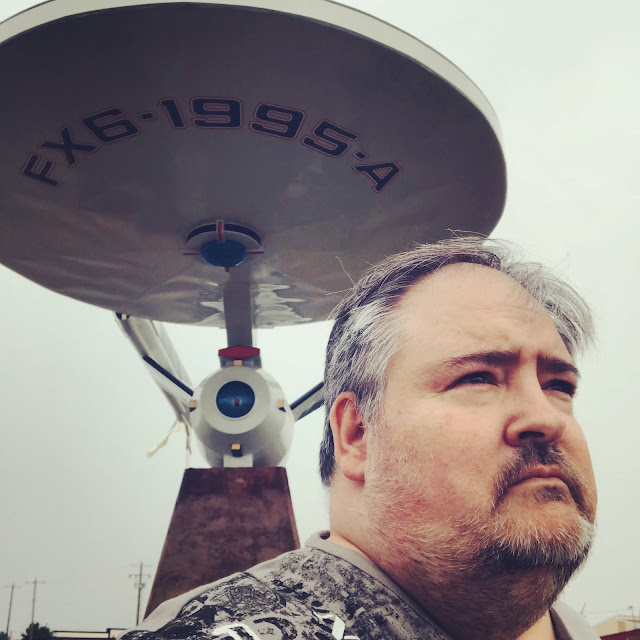 In the Orange Room 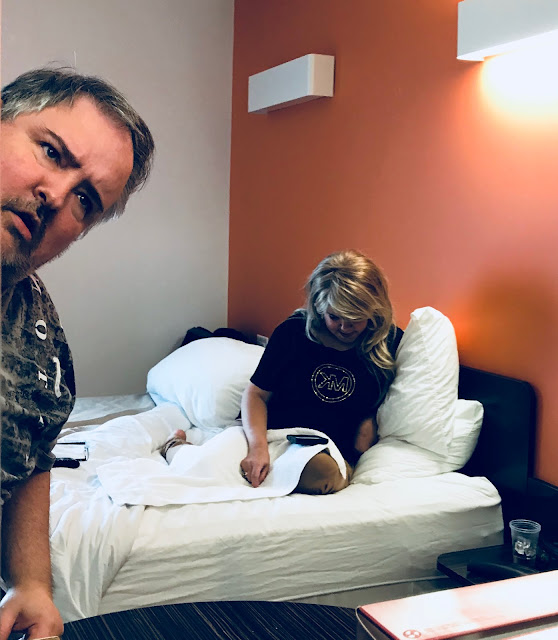 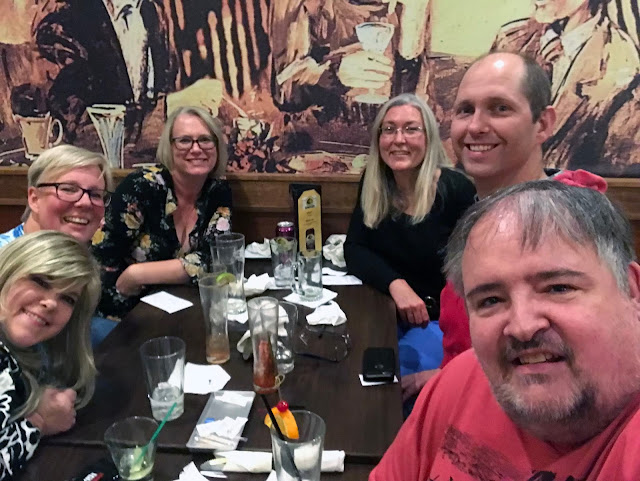 It was great to see my old U of A friend Andrea and her fantastic husband Greg again last night; they've been living in the UK for some time and made it out to Alberta to visit relatives and friends. Always a great pleasure!
Posted by Earl J. Woods at 7:45 am No comments:

Fangs of a Tribble 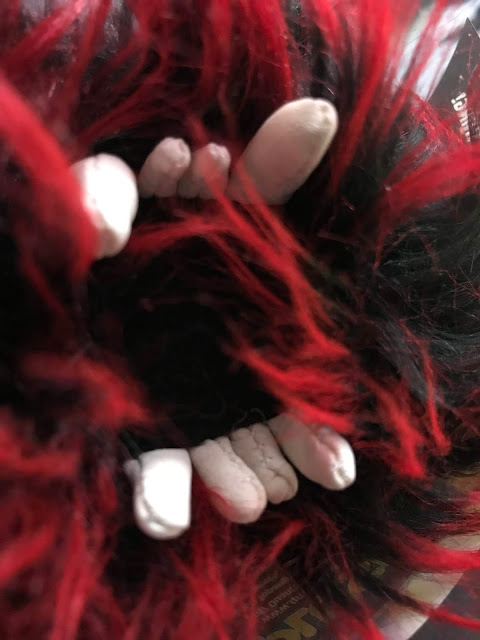 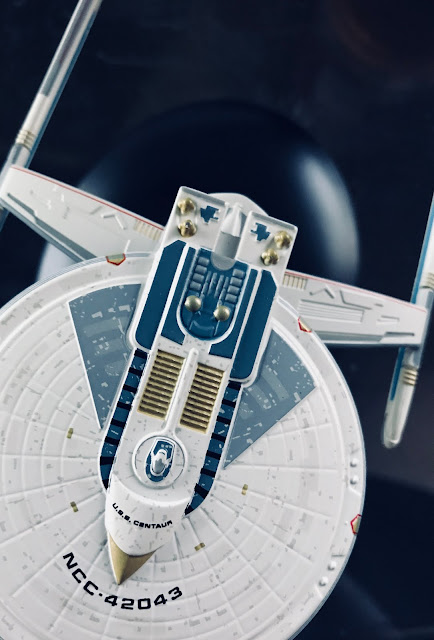 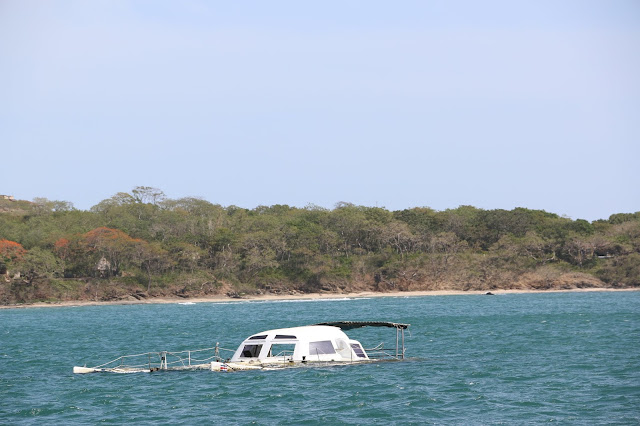 While sailing off the coast of Costa Rica in 2015, Sylvia and I spotted this ill-fated yacht. If you must sink, doing so in water this shallow is probably the best way to do it.
Posted by Earl J. Woods at 7:12 pm No comments: 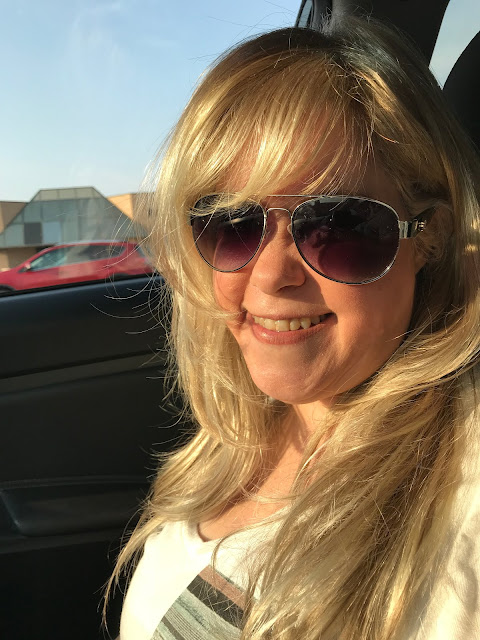 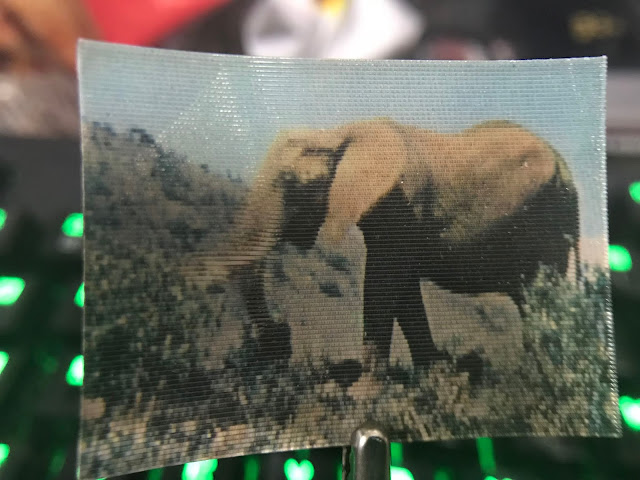 While cleaning out my office, I found this, an old Crackerjack prize. It's a lenticular photo of an elephant; move the picture back and forth, and the elephant's trunk will go up and down as if the beast is lifting food into its mouth. Pretty wondrous stuff for a 70s kid.
Posted by Earl J. Woods at 2:15 pm No comments: 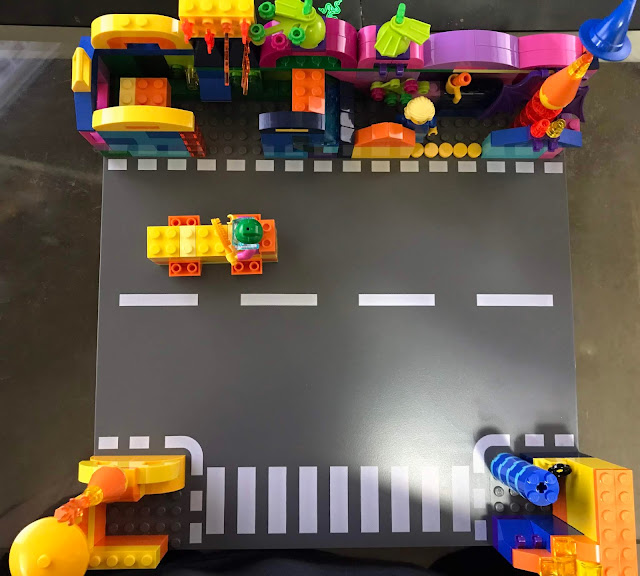 Once again, I endeavoured to create something reasonably sensible given a random assortment of Lego parts. I came up with this Yellow Submarine-like open air market. 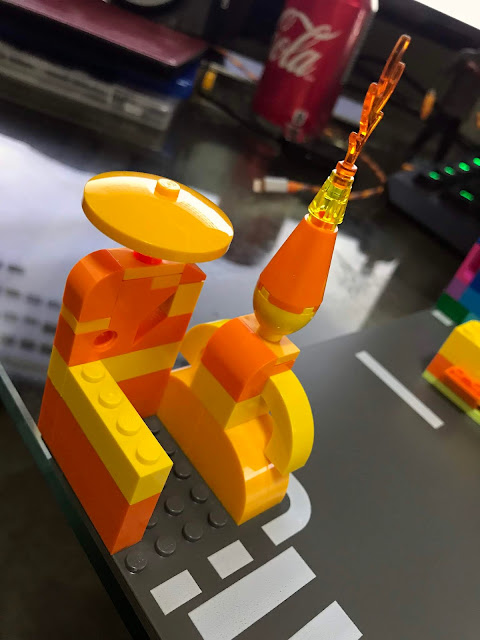 Here we have the flammerjammer station. 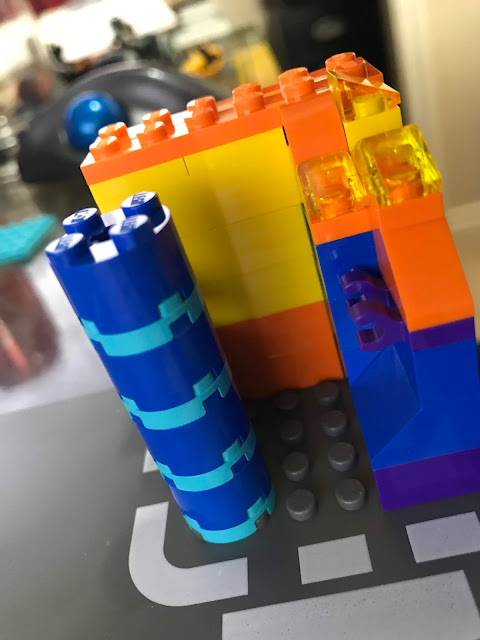 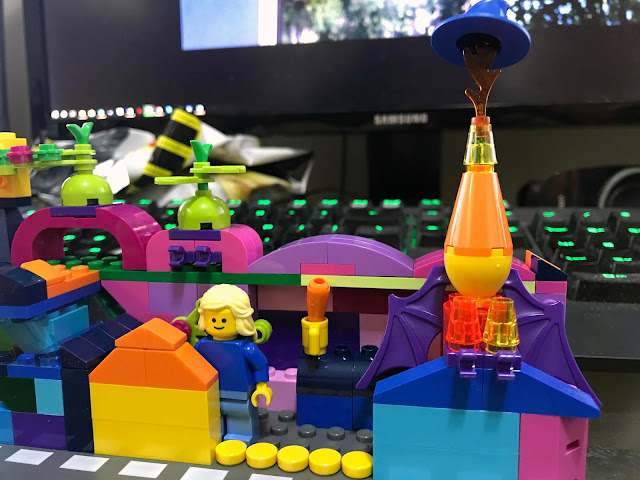 Here's Asiagy at the refreshment kiosk. Note the fresh cup of carrot coffee. 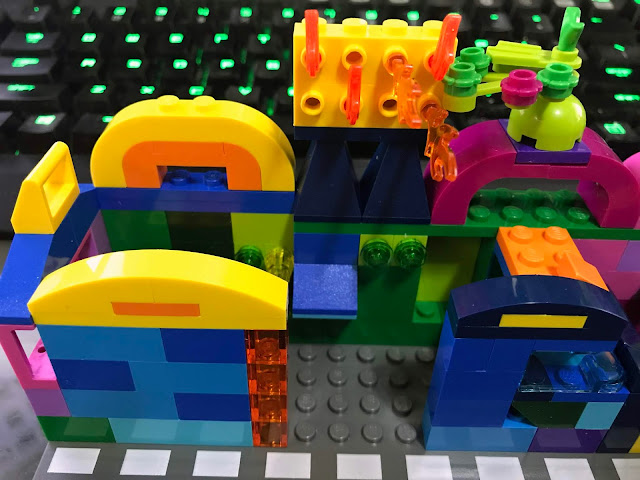 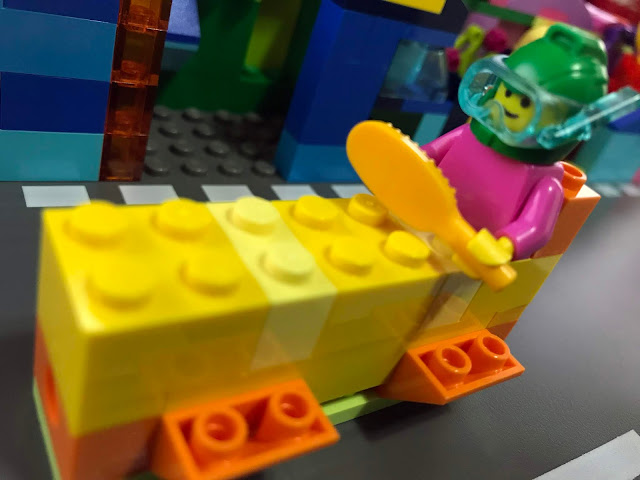 And here's Zombo in her Zipstooge flyer.

All told, I don't think this build was quite as successful as my roadside raider hideout.
Posted by Earl J. Woods at 2:07 pm No comments: 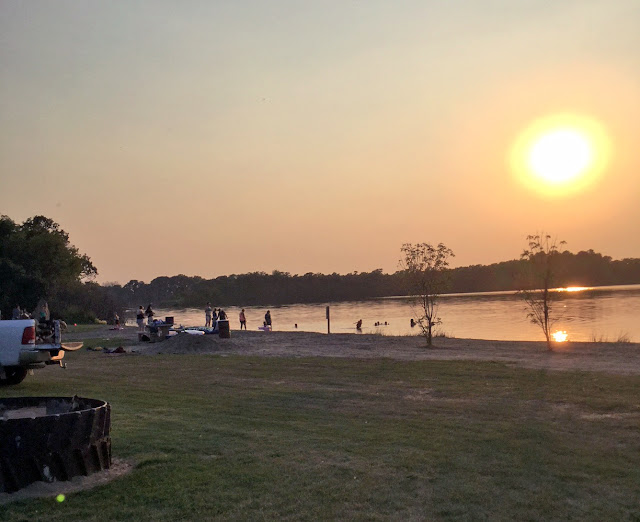 On August 11, Mom and Dad journeyed to Salt Lake (near Virden) for a community gathering and captured this sunset. It was 39 degrees C - a great day for a swim, and many locals took advantage. 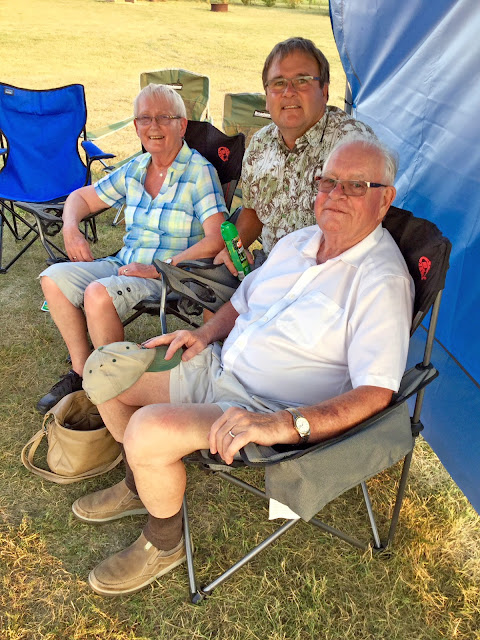 Here are Mom and Dad with my cousin David on the day.
Posted by Earl J. Woods at 6:37 pm No comments:

I Answered the Door

I answered the door.

"You're right; it's pretty smoky outside."

The door stood silent for a moment.

I nodded and walked away.
Posted by Earl J. Woods at 6:21 pm No comments:

Whatever the heck he wants to. And if I were a billionaire, I'd fund it.

I wouldn't be able to resist asking him to look at the screenplay for Toilet Chase, though...
Posted by Earl J. Woods at 5:28 pm No comments: 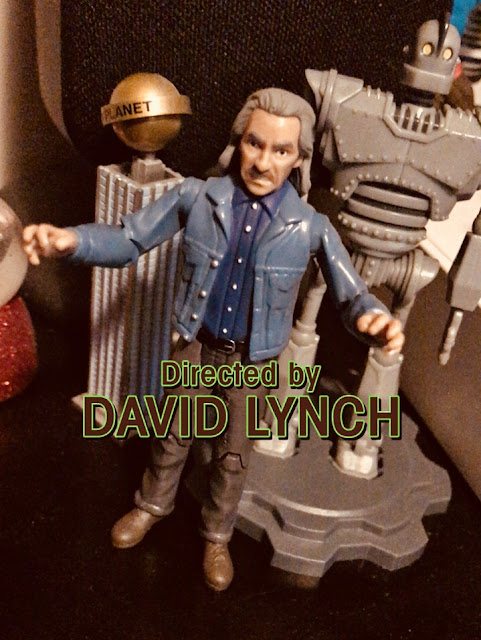 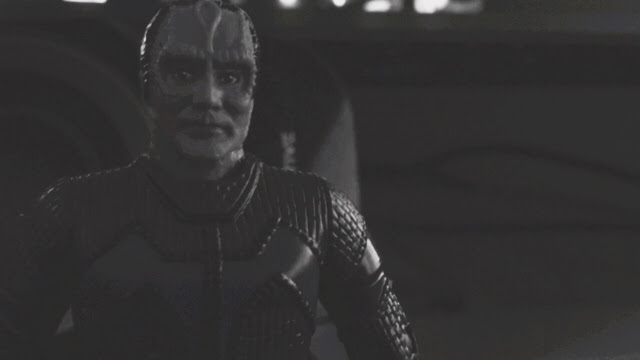 A Red Wall in Space 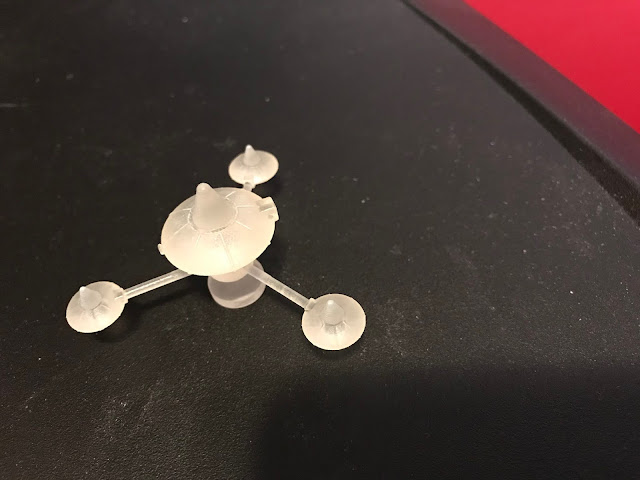 Well, maybe if you squint. I still need to paint this thing. It's a miniature Deep Space Station from Star Trek.
Posted by Earl J. Woods at 4:24 pm No comments:

All the Way to Eleven 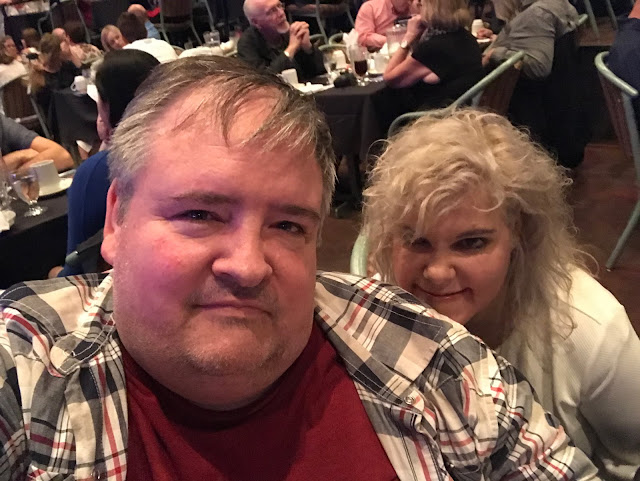 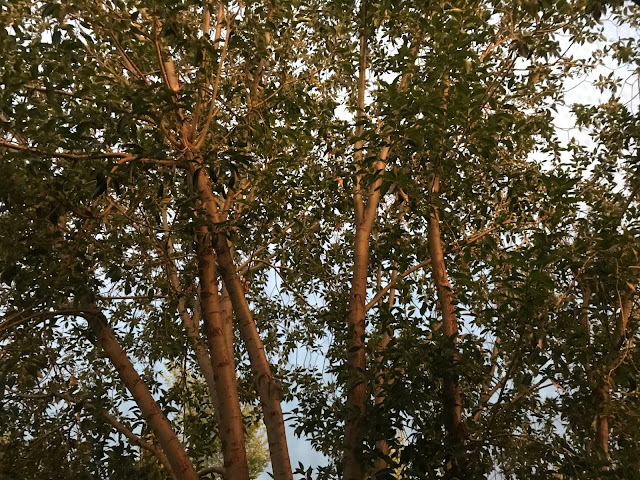 The tree outside our bedroom window was cast in golden light a couple of nights ago. The wildfires are no fun, but they certainly create some spectacular sunsets.
Posted by Earl J. Woods at 8:27 pm No comments:

The Surreal Worlds of Maya Deren


Up until a few days ago, I had no idea Maya Deren existed; today, I'm a huge fan. Deren was an experimental creator of short films, primarily active during the 1940s and 50s. I've now seen all 10 of her films, most about 15 minutes in length, her earlier work perhaps more gripping (to my tastes) than her later work. "Meshes of the Afternoon," above, feels like it was made in the late 1960s or early 1970s, not the mid-1940s; that's how far ahead of her time Deren was with regard to cinematography and editing and directorial techniques.

"At Land" is even cooler. Deren, as well as directing, plays the lost central figure.

Deren returns again in "Ritual in Transfigured Time." If you're of a mind to, you could consider these three shorts as a connected trilogy following the strange adventures of Deren's character.

All three films are well worth the time invested in screening them, particularly anyone who loves horror, surrealism, and film noir, or anyone interested in the impact of women filmmakers. 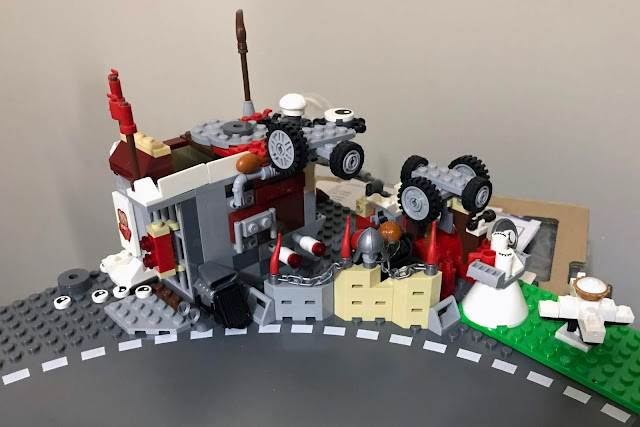 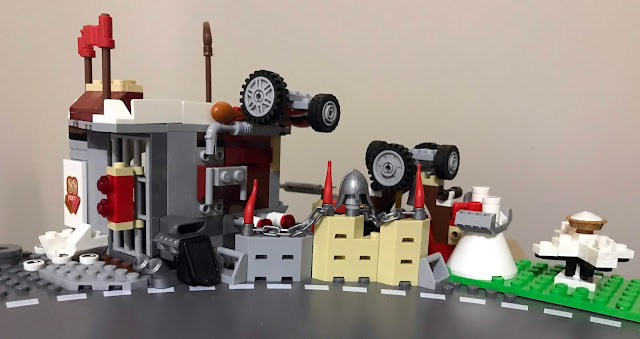 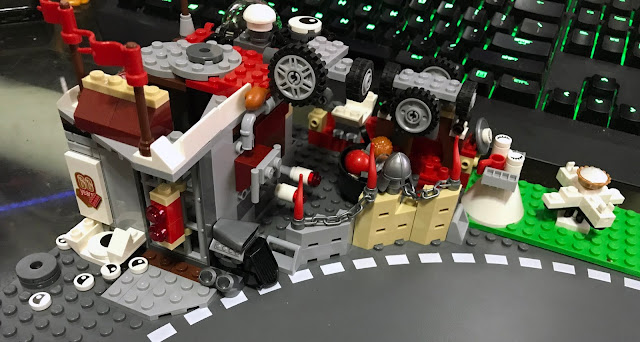 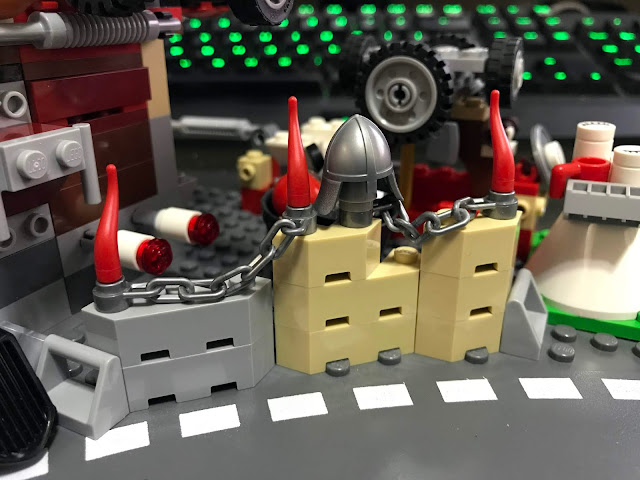 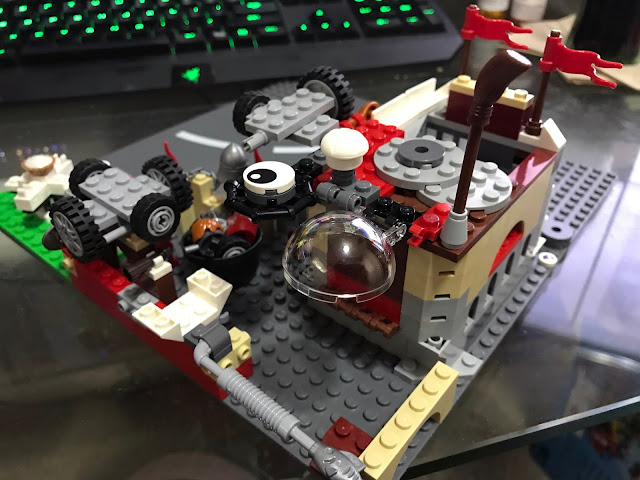 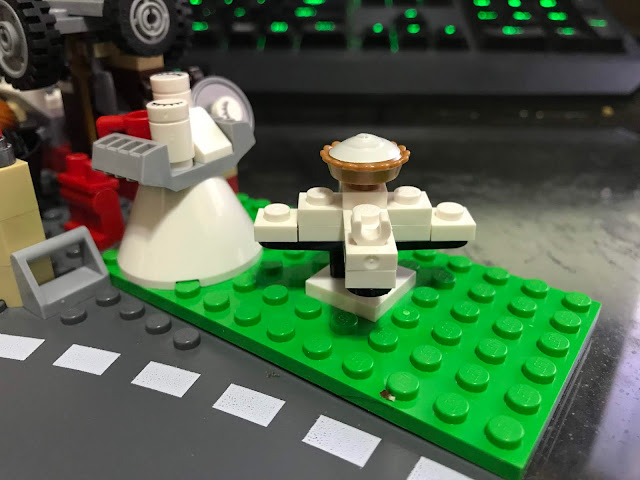 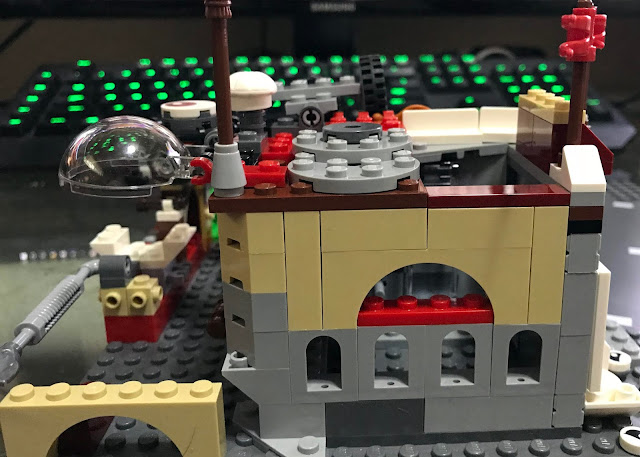 A look at the building's west side.
Posted by Earl J. Woods at 8:44 pm No comments:

The Return of Jean-Luc Picard

For the first time since the framing sequence of Star Trek (2009), we get to see the future of the future as Jean-Luc Picard returns to the small screen. Patrick Stewart broke the news today, giving few details other than he's returning to the Picard role and that Picard may be a very different man, 20 years after we last saw him in Star Trek: Nemesis. I can't imagine that Picard will still be captain of the Enterprise, and given the character's history it's tough to see him accepting a promotion to Admiral. Maybe he'll tool around the galaxy, indulging his passion for archeology?
Posted by Earl J. Woods at 6:57 pm No comments:

On the Cruise Ship

The skipper flung his cap on the deck and shouted, "I won't have this warbling gargler barking on this barge of a barque during the BBQ! Park him in the brig!"
Posted by Earl J. Woods at 10:53 pm No comments:

At the Furniture Store

Victor  the sales associate shook his fist and growled, "I will not countenance these contretemps on my countertops!"
Posted by Earl J. Woods at 5:00 pm No comments:

Each of the novels features Starr having an adventure on one of the planets of the solar system (and the asteroid belt). Asimov, of course, covered only six of nine in this series (Pluto still counts! And Mars is covered in the first book).

I propose the following novels to wrap up the series: