Return to the Edge of Nowhere, Part IV 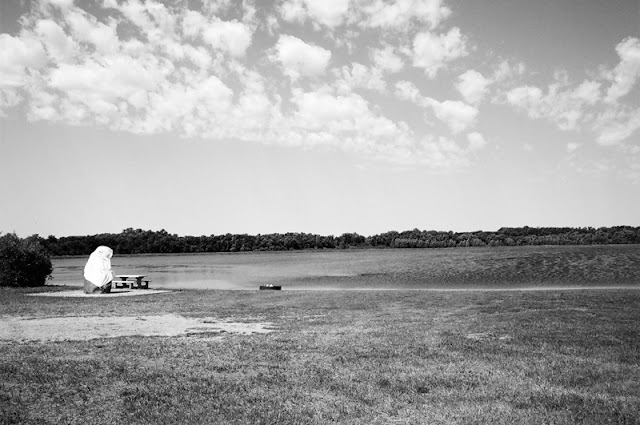 Mom and her sisters - Margaret, Marjorie and Jean, plus their husbands - travelled from Winnipeg, the BC interior and Edmonton, respectively, to take part in this ceremony, which featured a bagpiper, cake, speeches (including Mom's) and coverage by the local media. 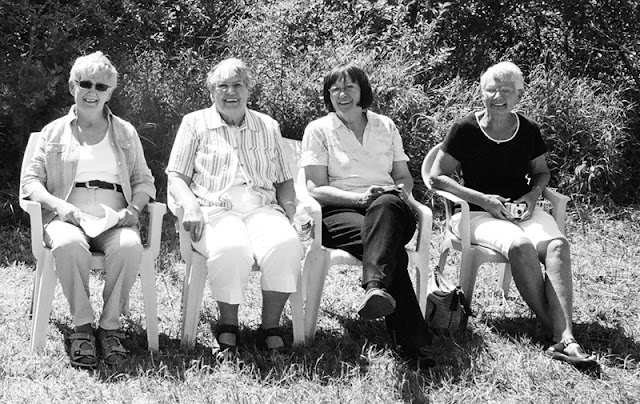 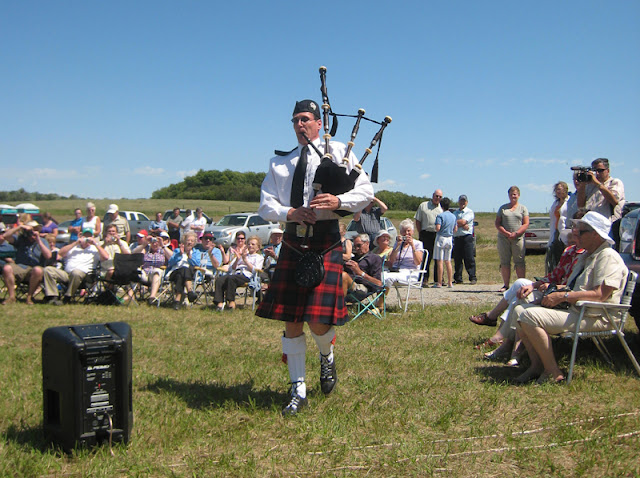 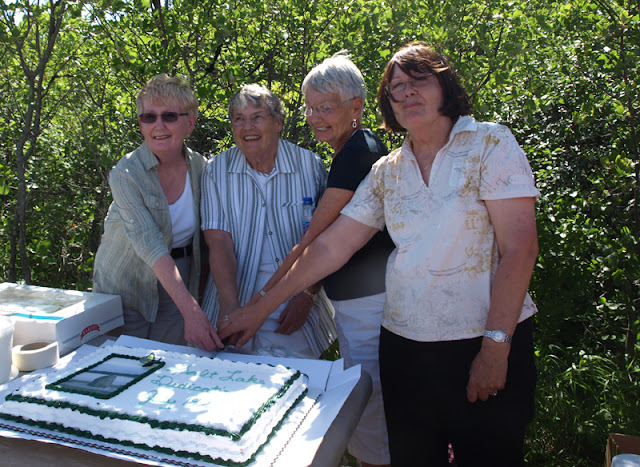 It was quite an affair, and Mom was delighted to see her sisters, brothers-in-law and old friends from Manitoba. 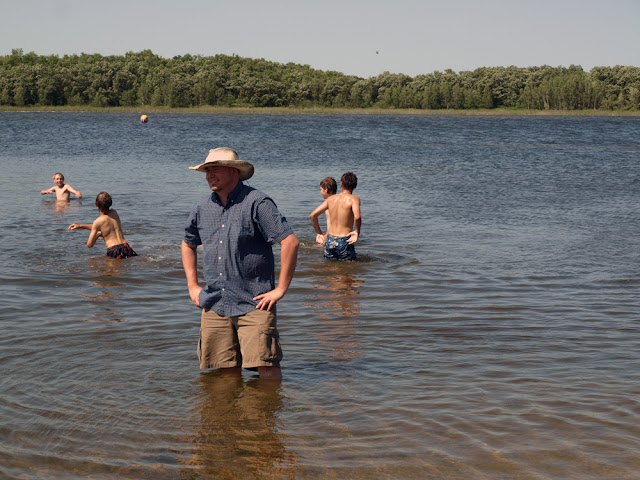 It was doubly nice to see kids frolicking in the lake, as Grandma and Granddad intended. 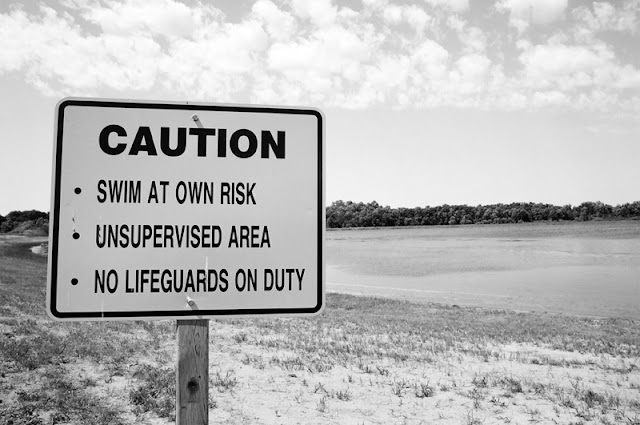 Of course they did so at their own risk... 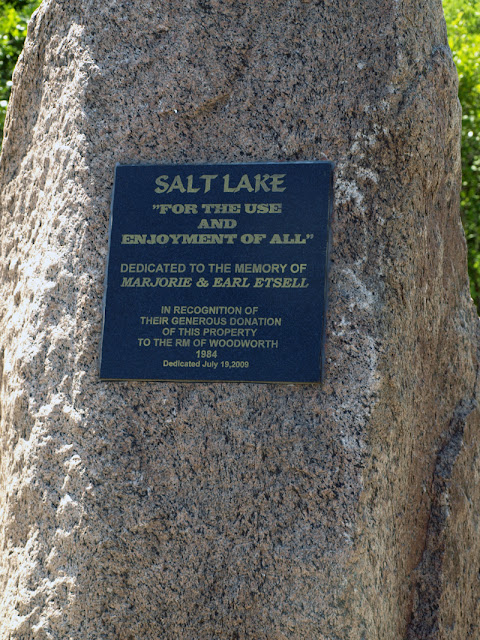 Sean and I worked on the phrasing for the cairn. 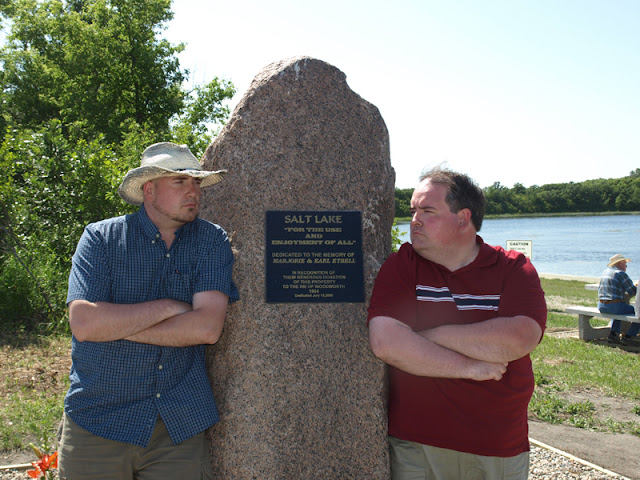 There remains, however, some controversy over which Woods brother can claim final credit for the draft as engraved.

(Unfortunately, the memory card filled up instants before the cairn was unveiled.) 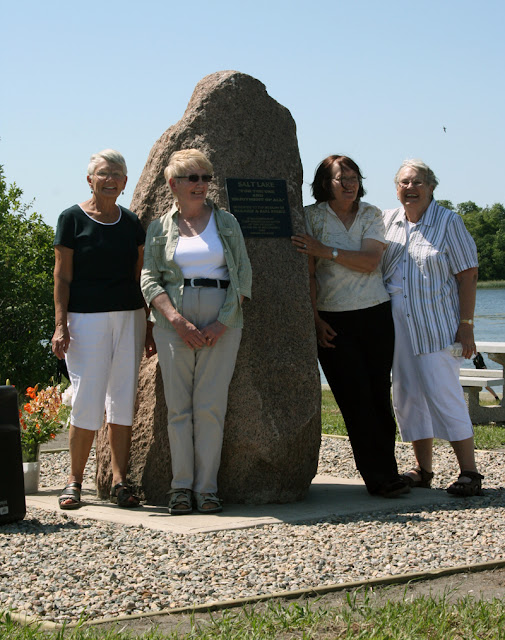 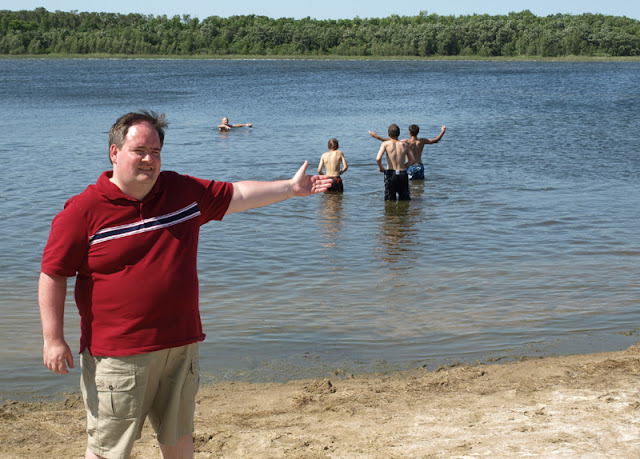 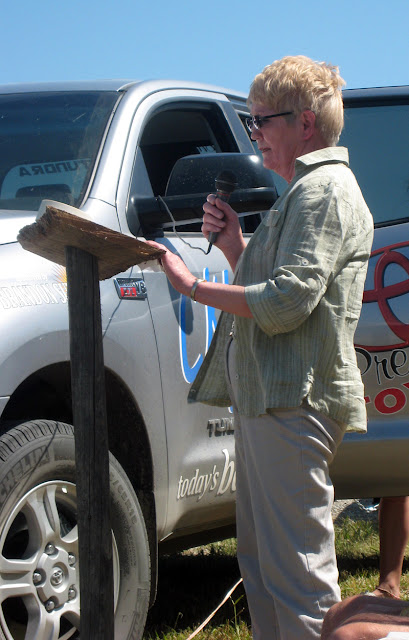