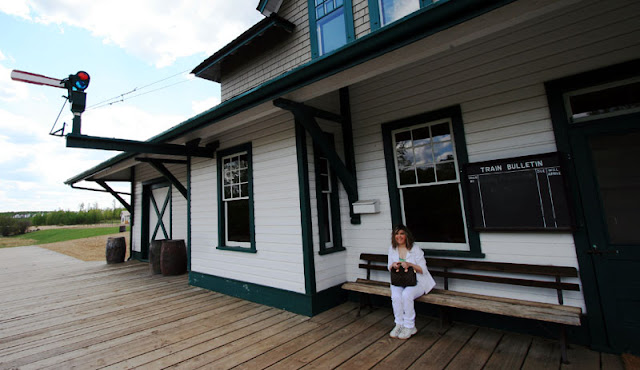 On a whim, Sylvia and I decided we needed to get out of the house.

"Where can we go for a drive?" Sylvia asked.

"How about the Ukrainian Cultural Heritage Village?" I suggested. I've heard of the place, but never visited, and it turns out their season starts on the May long weekend. So off we went. 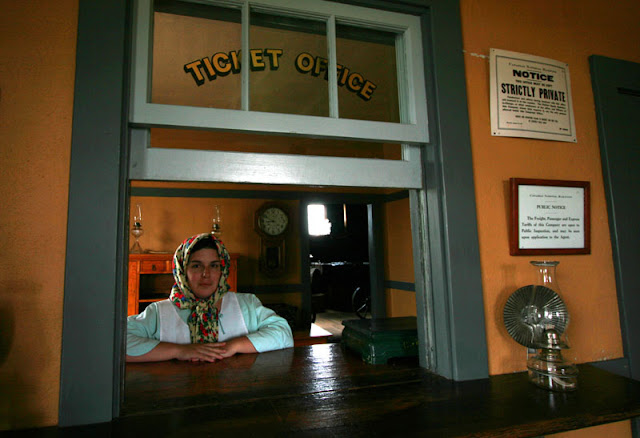 This young lady informed me that while there was no train today, there will be service to St. Paul tomorrow and Edmonton the day after. 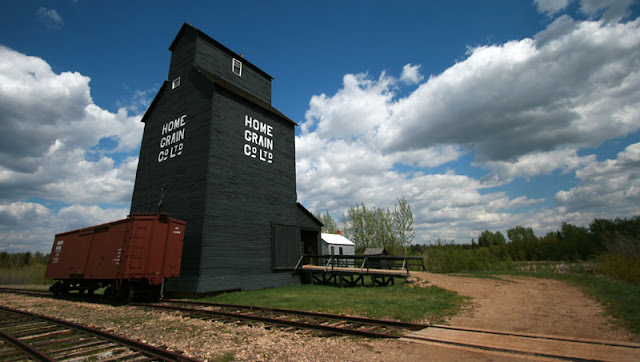 Having never visited a grain elevator before, I was curious about what lay within. 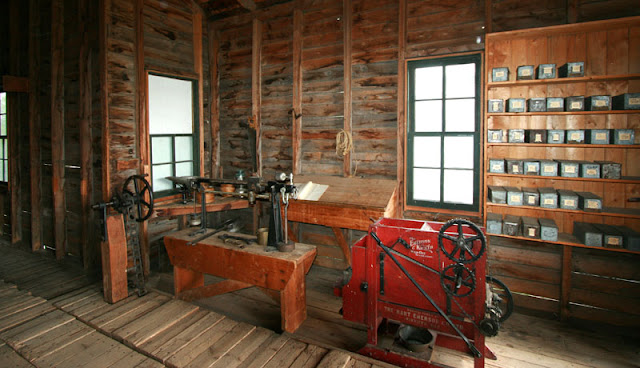 I don't know what any of this stuff does, but it looks important. 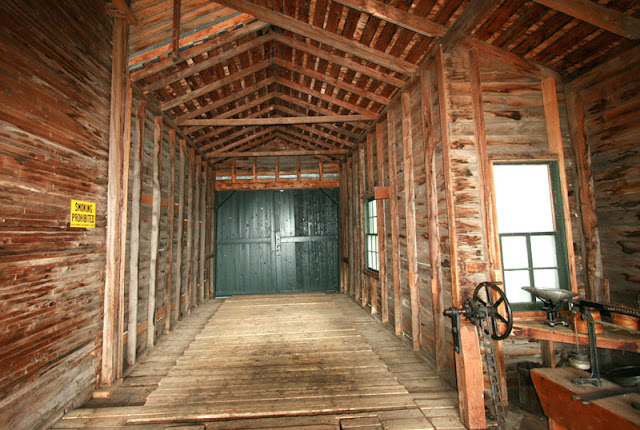 Inside the grain elevator. It looks like trucks drive through here. 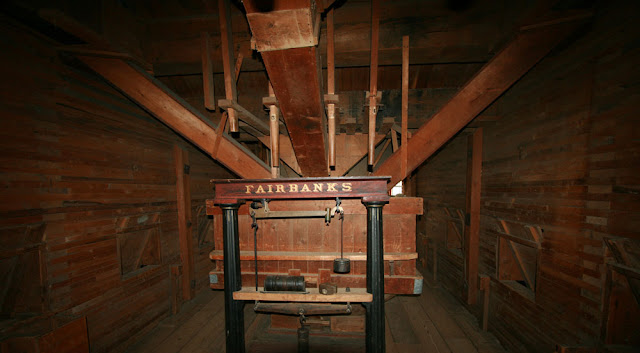 If I had to guess, I'd say that grain flows down these chutes into some kind of hopper. 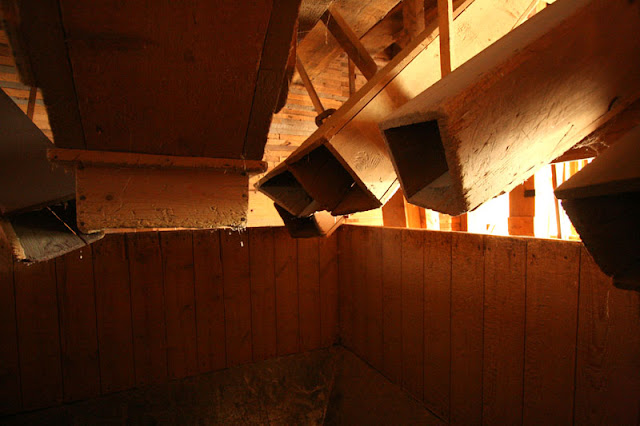 A different view of the grain chutes. 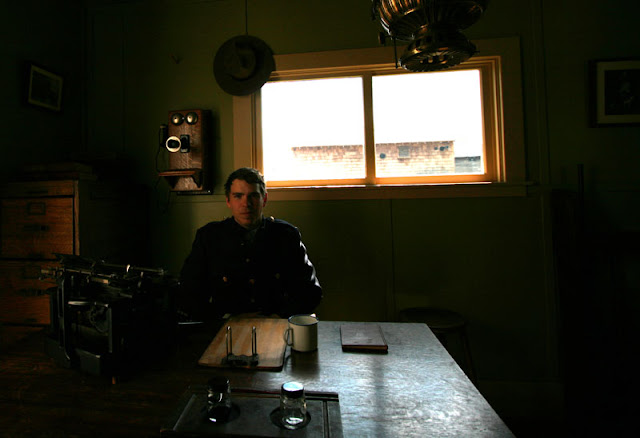 We visited the home and office of the local constable. 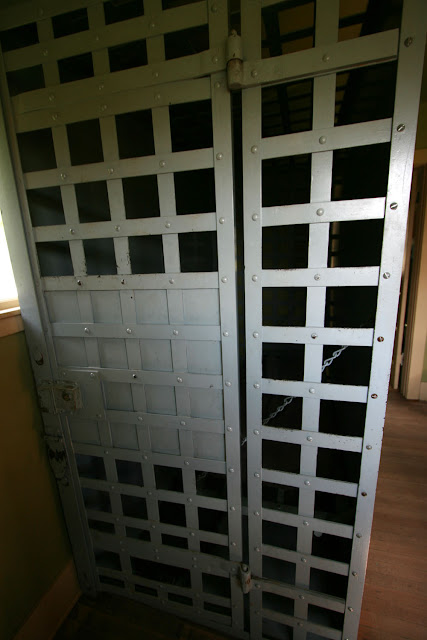 The holding cell is conveniently located a mere metre or two from the living quarters. 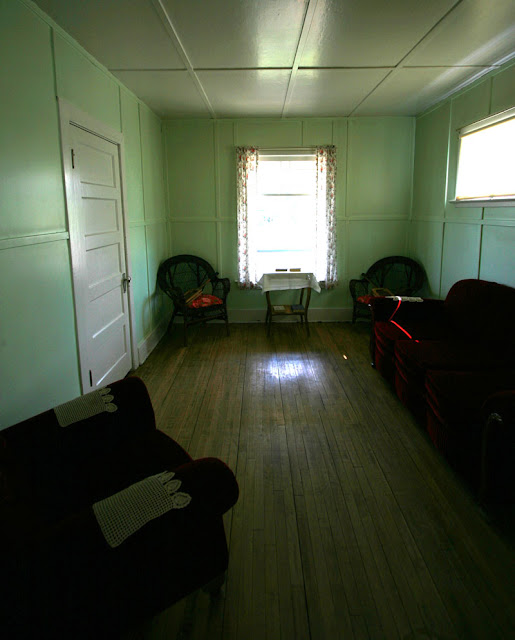 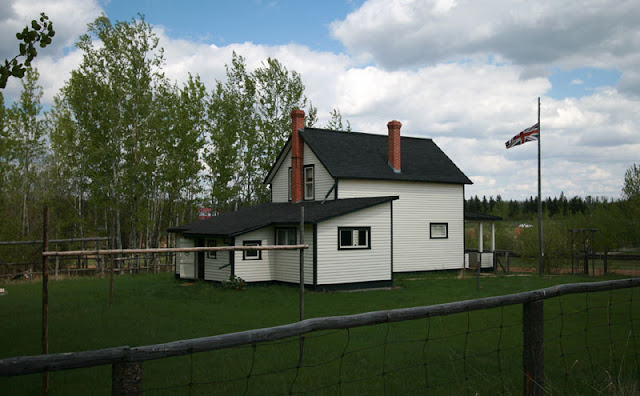 The constable's home features a makeshift tennis court for his two daughters. 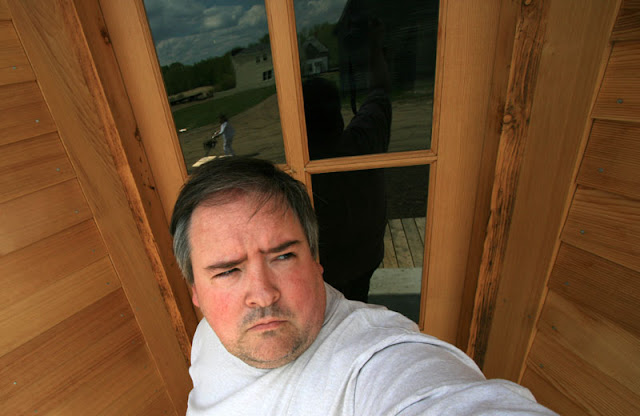 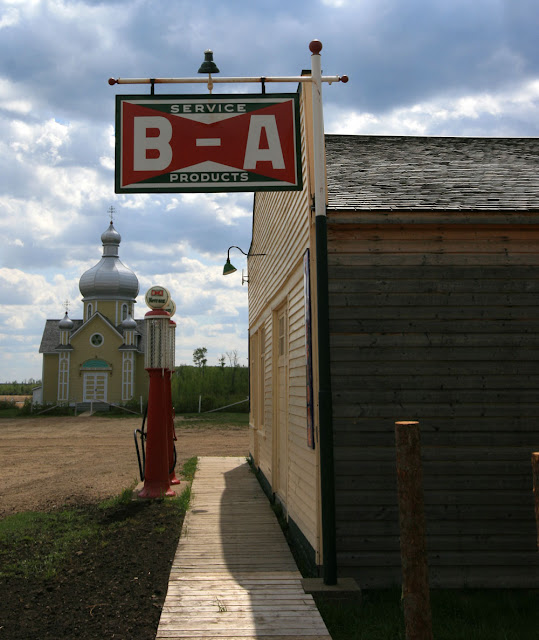 The hardware store is my favourite attraction. 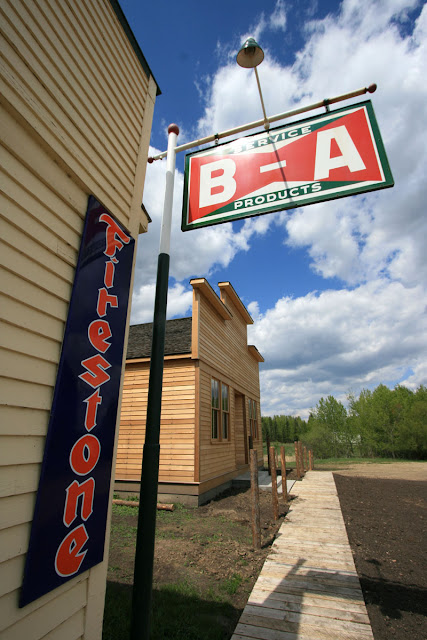 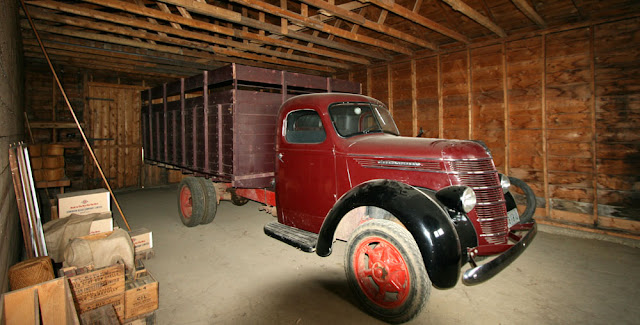 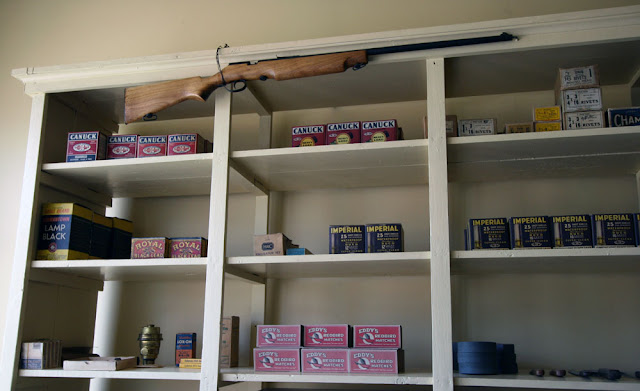 Guns and ammo were sold alongside soda pop, rolling pins and other necessities. 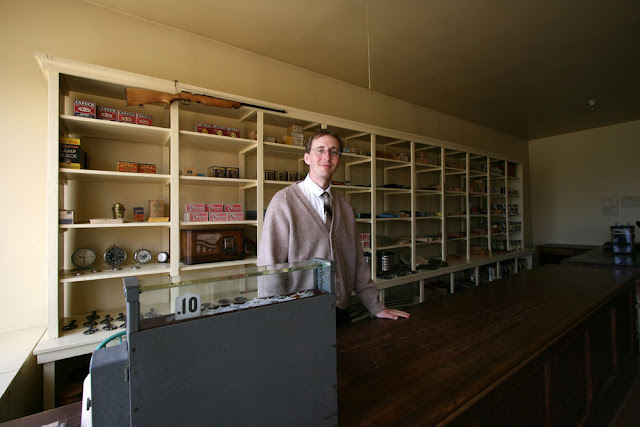 The proprietor informed me that the radio behind him could be had for $15. Too rich for my blood, but perhaps one day Sylvia and I shall have means enough to afford such a luxury. 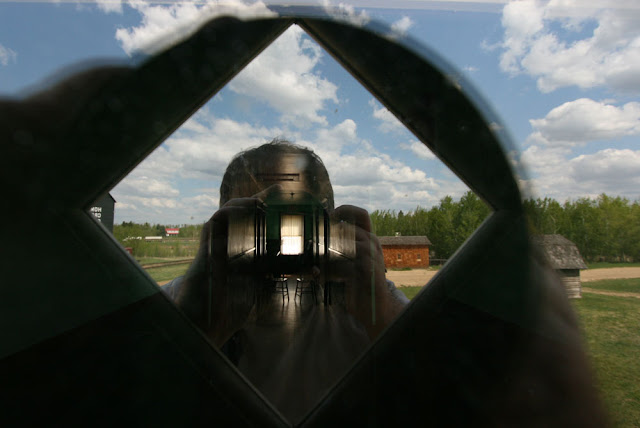 The lens of history.

"Tak" is the English spelling for the Ukrainian affirmative.

The devices in the grain elevator are for sampling the quality of the grain. The grain truck drives onto the trundle. Depending on the setup, it will get weighed and hoisted towards the augers that dump into the hopper.

The elevator manager assesses the grain quality by size and weight. He may use a separator to sort grain of different sizes. Factors that affect grain are age, weight moisture content, size, disease and frost burn if any. A sample goes on the small scale, where most of these factors are assessed.

The truck load is measured and the grain gets hoppered to its proper location. A grain elevator will hold many different grades and types of grain. Each different grain will have its own hopper. After the load is taken care of and the farmer is paid off, the grain will be elevatored to its proper bin in the tower. Later, the bin gets emptied by gravity into a train car and sent to wherever.