Return to the Edge of Nowhere, Part VIII

Part I
Part II
Part III
Part IV
Part V
Part VI
Part VII
After many long, long hours on the road, Sean and I had faced torrential rains, spooky, nonsensical midnight stop lights, sunburn, hunger, exhaustion and millions of mosquitoes, sandflies and blackflies. But at last, Sean and I reached our ultimate destination: Leaf Rapids, Manitoba, the near-ghost town on the edge of nowhere. What sort of anticipation Sean felt, I do not know. But I knew what I wanted: the sinkhole, and closure. 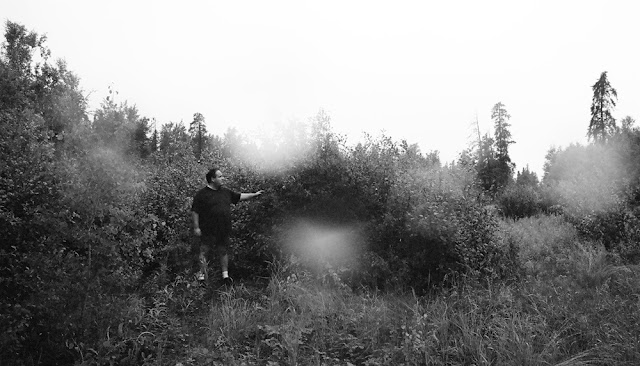 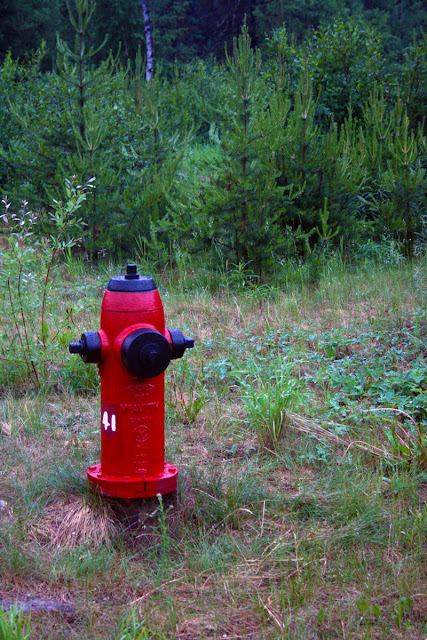 Once I'd gotten my bearings and discovered the former location of our old home at what used to be Churchill Place, it was simple enough to follow my childhood instincts to the next waypoint - a very large boulder... 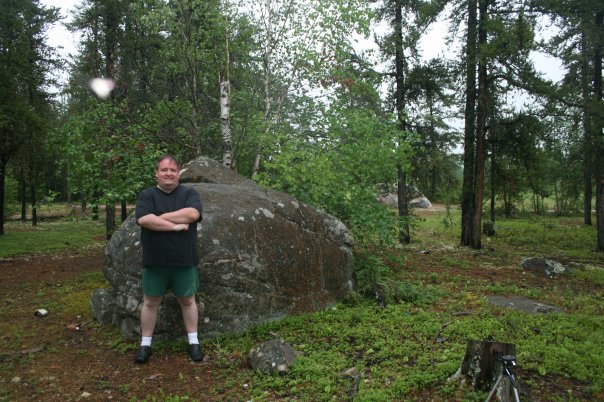 ...and finally, the path into the sinkhole itself.


But Sean and I found the sinkhole as inhospitable as the rest of the northern leg of our trip had been. Weather and wildlife conspired against us; instead of the idyllic, pastoral place I remembered, the sinkhole had been transformed into a suffocatingly humid nest of highly agitated and aggressive bugs. Within minutes, Sean and I were forced, gasping, back to the surface, able to endure the hordes for just long enough to snap a couple of photos. The white lights you see in these pictures were insects, illumintated by camera flash. 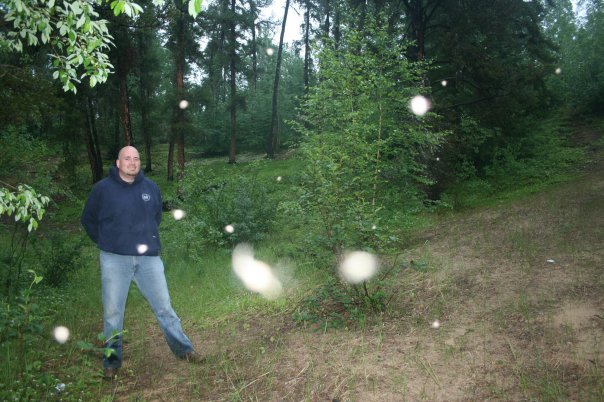 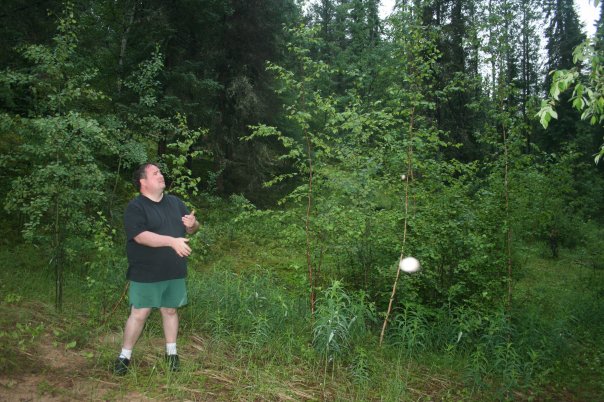 Was I disappointed? Yes, in a way. I'd found the sinkhole, and while it retained its beauty, it was also far more hostile than it had been to my childhood self. I'd wanted the mystical haven of my younger self, my hidden gateway to other worlds. But even if we'd arrived on a bright, sunny day without bugs, words still wouldn't have been able to capture the way that shafts of sunlight slithered their way through the treetops to cast their warm gaze on little boys in just the right way; nor could they describe how it felt to crash down moss-covered pathways, or to suddenly sink up to your thigh in cold, wet bog, or to imagine monsters, fairies and princesses just around the bend of each pine needle-covered trail.

Was I disappointed? The child in me was. But I was happy, too, because I was there with my brother, and we laughed together and gazed at nature's wonders together. Maybe I couldn't find yesterday at the edge of nowhere, but I grasped today and held on tight and squeezed all the joy I could out of it. 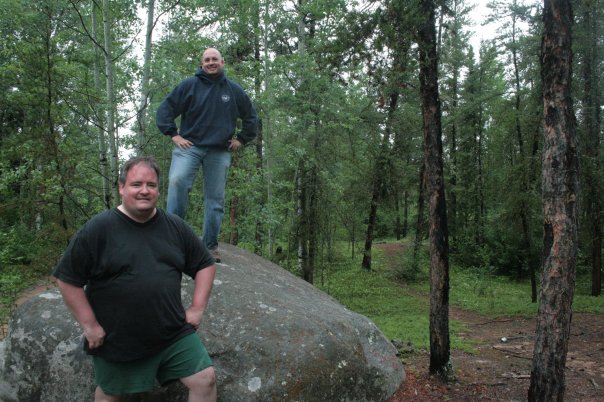 If there's one thing my trips back to Leaf Rapids have taught me, it's that life is not like a story book. Life is, in fact, anticlimax. While rediscovering the sinkhole was the whole point of my personal journey, there remained other places to revisit. I present those places now with minimal further comment. 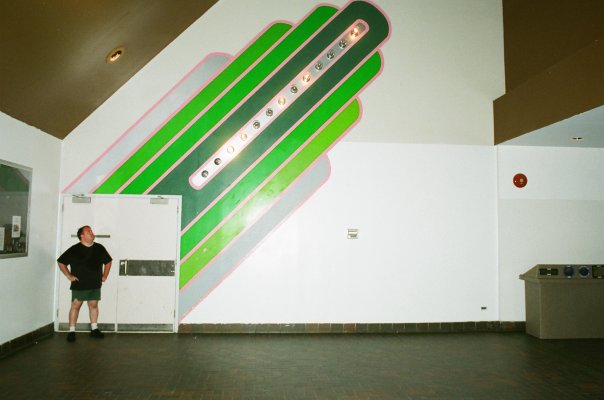 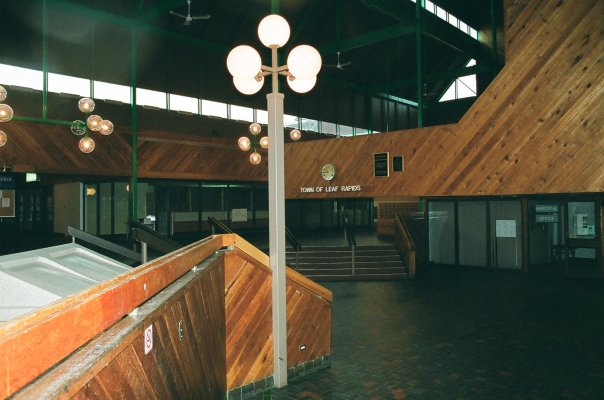 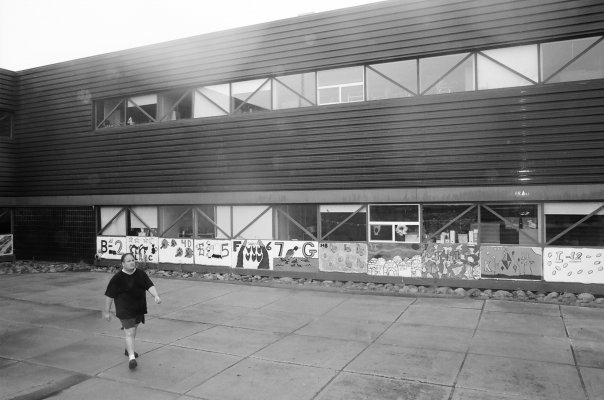 Oh wow... thanks so much for the tour, Earl. That was amazing. What memories!

And I lived in the house just to the right of the brown house you pointed out. :)

It's hard to believe that Churchill Place isn't there any more. I remember walking by to pick you up for school every day.

Hey Kelly! I'm so glad you stopped by. The disapparance of Churchill Place was a real disappointment, but nothing lasts forever. At least the sinkhole was exactly as I remembered it.

I'm surprised I came so close to picking the right house!