This year represents a step back for me on several fronts. I read less this year than last, my fare was less diverse, my reading more concentrated on the present decade than ever before, and I still can't seem to reach gender parity. All in all, I read 123 books this year, down from 135 last year. 150 remains an elusive dream.

I started a new job this year, and I'm talking half-hour lunches instead of the one hour I indulged at ATCO. That's cut back on my reading time quite a bit, as did our road trip in August and some stress issues I don't want to write about here. Excuses, excuses, yes.

On to the books themselves. There's a lot of Fred Saberhagen on this list, as I had intended to read all of the Berserker books this year; I didn't make it.

There's also a bunch of Lois McMaster Bujold, because I think her stuff is great. I must say, though, that the Penric and Desdemona series isn't quite grabbing me; I don't feel like there's much jeopardy to be had. I realize that things tend to turn out fine in the end in most of her work, but even so, the stakes seem pretty low here.

I read and enjoyed two books by people I know this year: Kevin Taft's latest political book, Oil's Deep State, and my colleague Nerys Parry's novel Man & other Natural Disasters. Kevin's book is thoroughly researched, well-argued, and important reading for anyone who cares about the corruptive influence on natural resource economies on democracy; Nerys' novel is haunting, evocative, bizarre (in a good way), and has a climax I really did not see coming.

I started reading Dashiell Hammett this year, and while I enjoyed Red Harvest and The Dain Curse, The Maltese Falcon really blew me away, and not just because of nostalgia for the film(s). Sam Spade is a once-in-a-century character, and he's embroiled in one of the truly great detective stories in this one. A real treat.

Jo Walton's trilogy of novels about Greek gods who decide to try and create Plato's ideal community is ambitious, tragic and funny, but didn't move me as much as her earlier, standalone works.

Film and television tie-in novels often aren't worth commentary, but I thoroughly appreciated Mark Frost's two Twin Peaks novels this year, particularly the latter, which provides frustrated viewers of season three with, if not closure, at least some interesting material to chew on. Most of the Star Trek tie-ins I read this year were, as usual, mundane, but David Mack's Section 31: Control, a Julian Bashir story that ties up a long-running subplot from the television series Star Trek: Deep Space Nine, was suspenseful and satisfying. And the comedic DS9 novellas from Paula Block and Terry Erdmann are good-natured and fun.

Connie Willis is always amazing, and I loved her latest, Crosstalk, a novel of romantic telepathy and overbearing relatives.

Here's each month's tally of books I read in 2017, followed by a genre, gender, and decade breakdown: 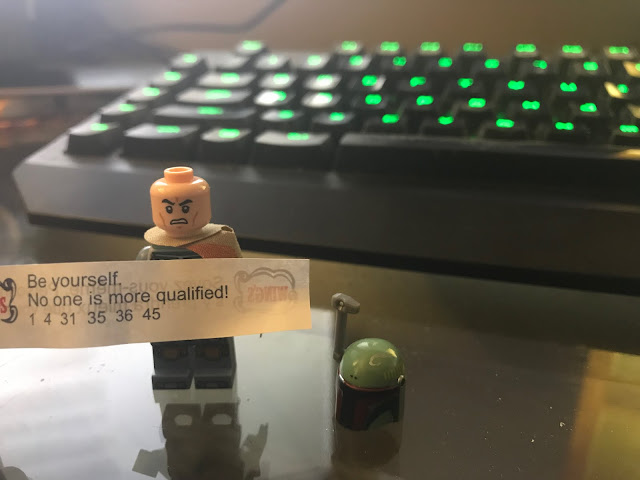 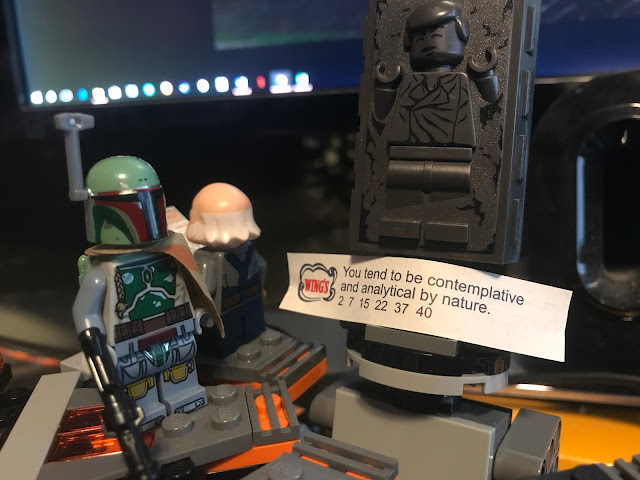 A Woman of Science 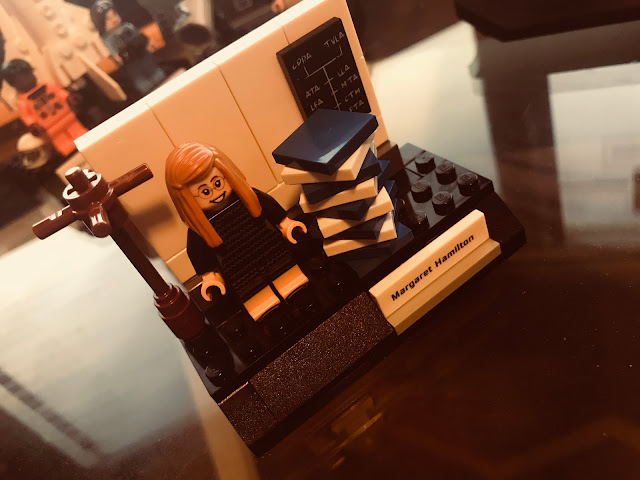 A couple of weeks ago, I finally gave in an ordered an e-reader, which arrived on the Friday before Christmas. I resisted for many reasons, some of which still bother me:

I finally gave in because something I feared eventually happened: some of my favourite authors are no longer publishing traditional books in the physical world. Unless I resort to piracy, I can't read their stuff.

It was Lois McMaster Bujold who broke me. She's written several new books set in the same fantasy universe as The Curse of Chalion, The Hallowed Hunt, etc., and you can't buy print copies because they don't exist.

Hence my surrender. To ease the pain, Sylvia bought me a very generous Amazon gift card, which I've used to fill my new Kindle with electronic books.

I knew it would happen eventually; I just didn't expect it to be this soon. E-books, how does it feel now you've won the war?
Posted by Earl J. Woods at 9:23 pm 4 comments: 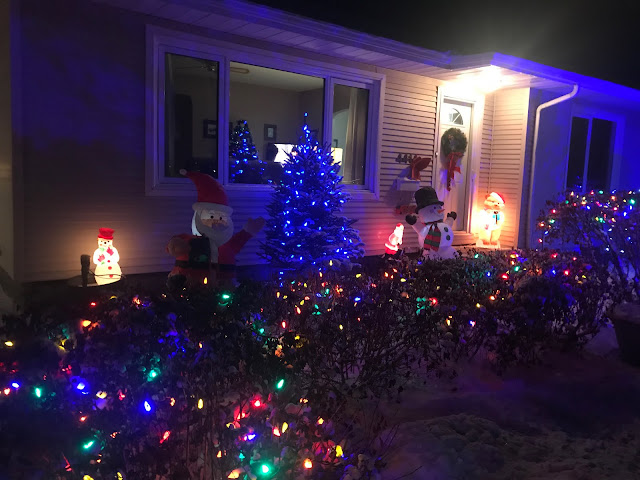 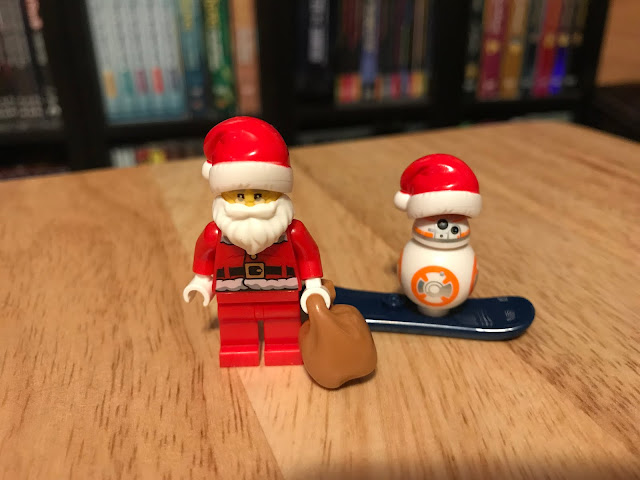 Santa, BB-8
Walk in search of Wenceslas
On this Christmas Eve
Posted by Earl J. Woods at 8:09 pm No comments: 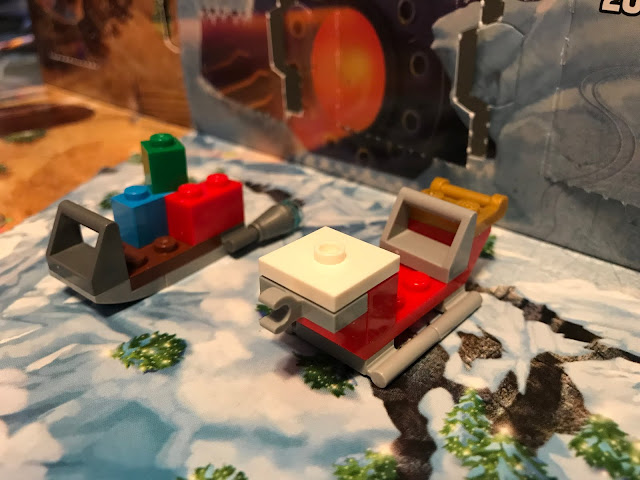 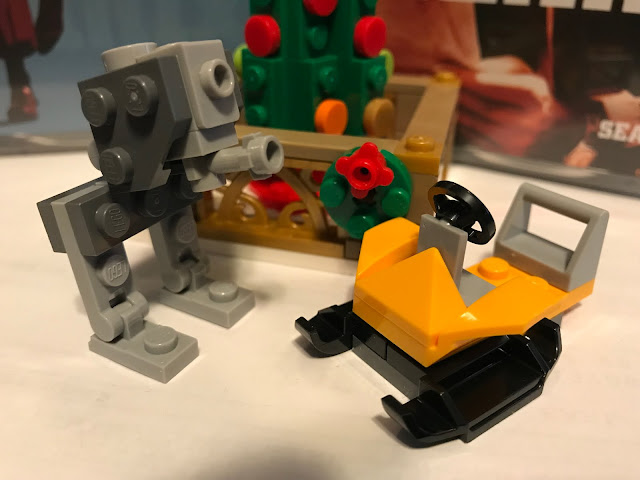 The Christmas racers
Listen in silence for pop
Of the black starting blaster
Posted by Earl J. Woods at 2:41 pm No comments: 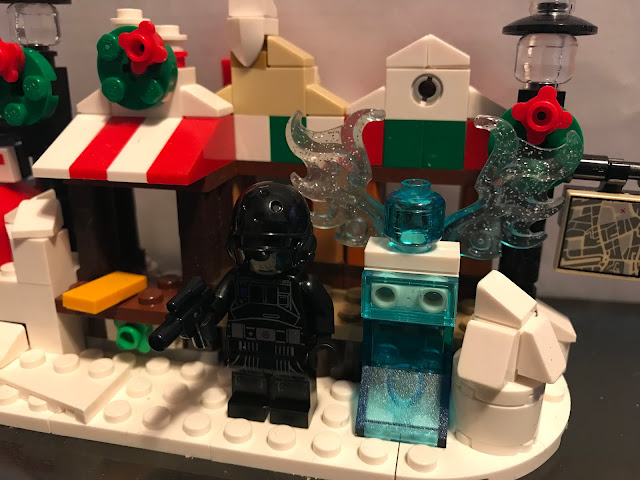 Angel of Mercy
Waits at festive bus stop with
The Angel of Death
Posted by Earl J. Woods at 5:55 pm No comments: 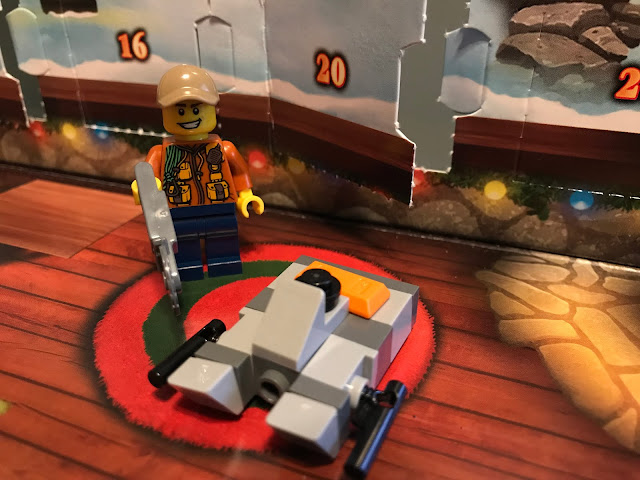 Comes the power saw
Searching for fine Christmas trees
Finds a something
Posted by Earl J. Woods at 5:23 pm 1 comment: 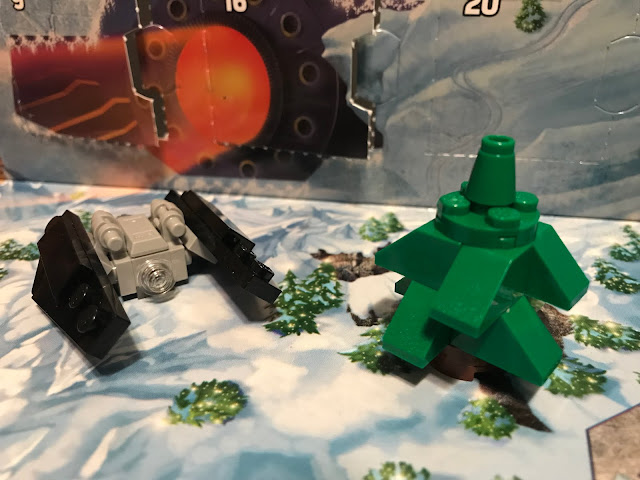 The interceptor
Lost in the silent forest
Yule fit to be TIEd
Posted by Earl J. Woods at 5:24 pm 2 comments: 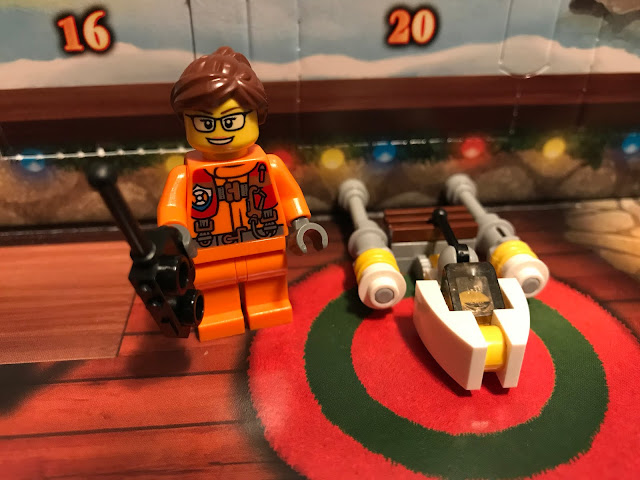 Y-Wing technician:
"I think I see the problem--
"The ship is too small."
Posted by Earl J. Woods at 5:25 pm No comments: 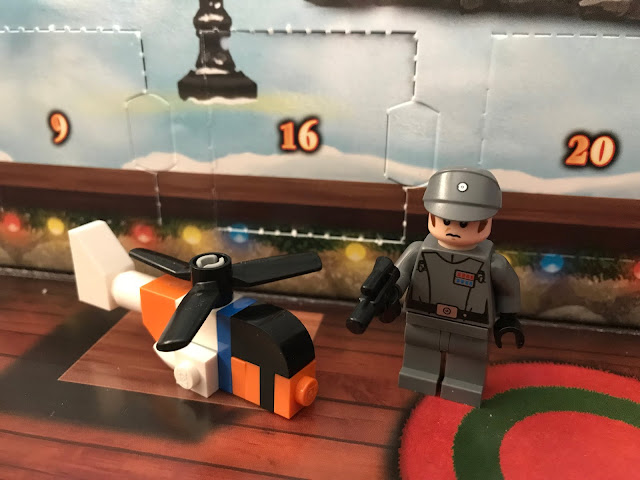 Blades thumping through air
A sweating lieutenant growls
"Primitive drone fail."
Posted by Earl J. Woods at 11:47 am No comments: 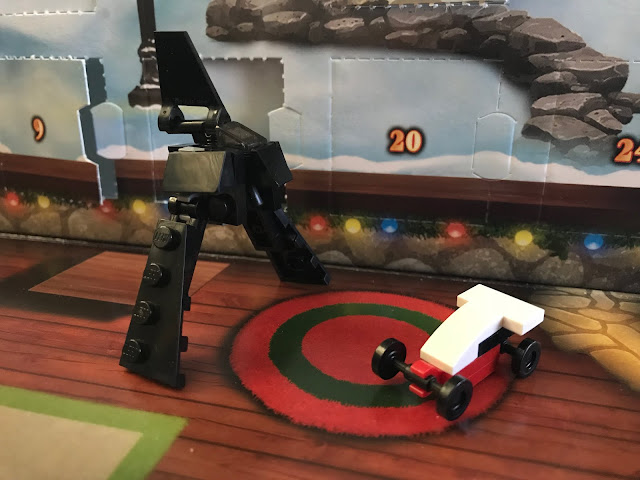 The cold black silence
An Imperial shuttle
A doomed racer
Posted by Earl J. Woods at 10:35 am 1 comment: 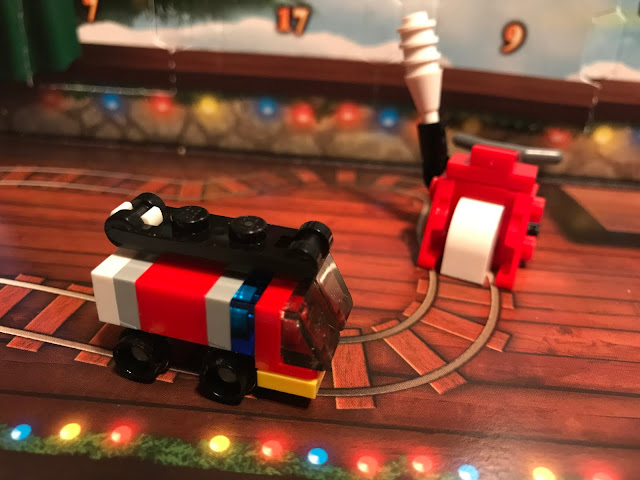 Choo choo! goes the truck
On track for a disaster
Snowblower of doom
Posted by Earl J. Woods at 9:41 pm No comments: 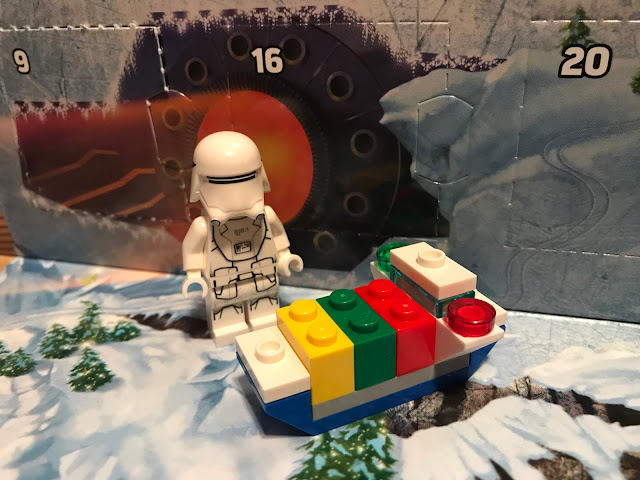 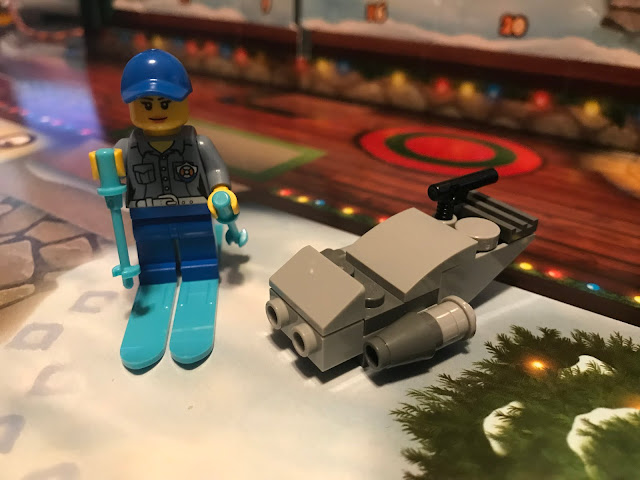 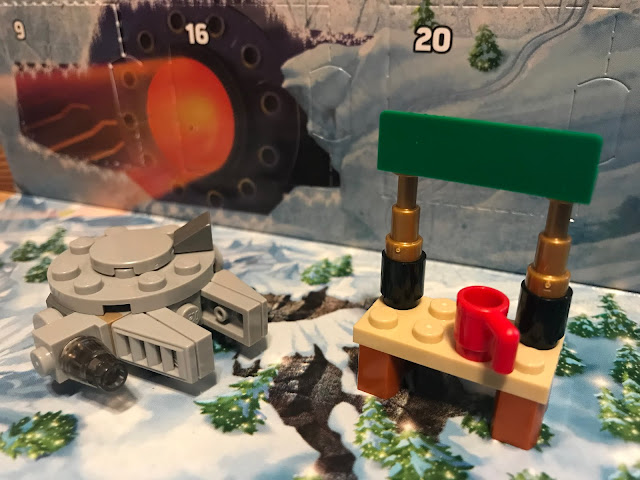 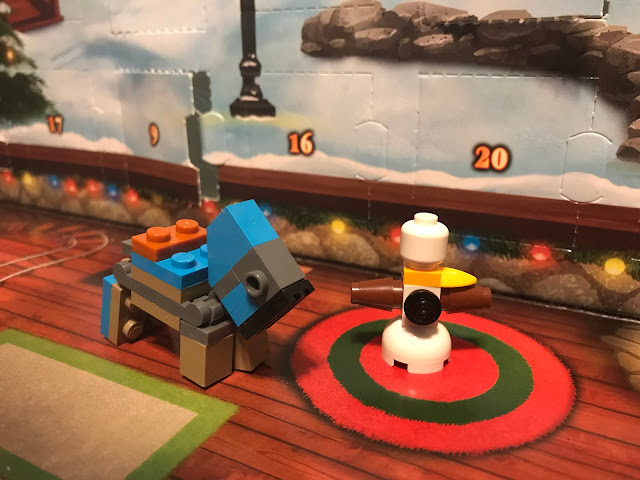 Mr. Snowman, sing
Me a tune of robot dogs
And Christmas in June
Posted by Earl J. Woods at 6:06 pm No comments: 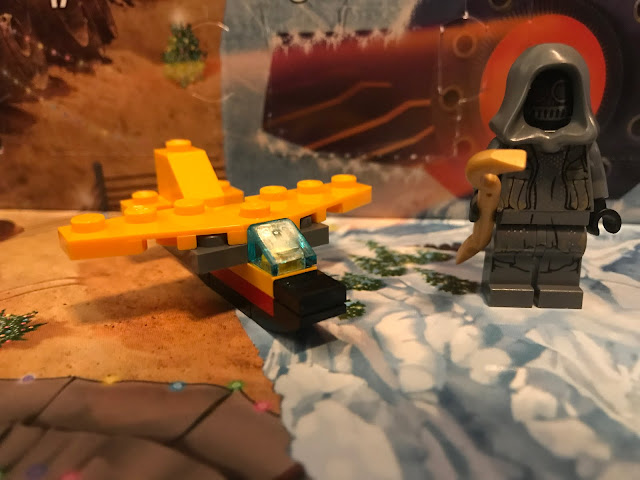 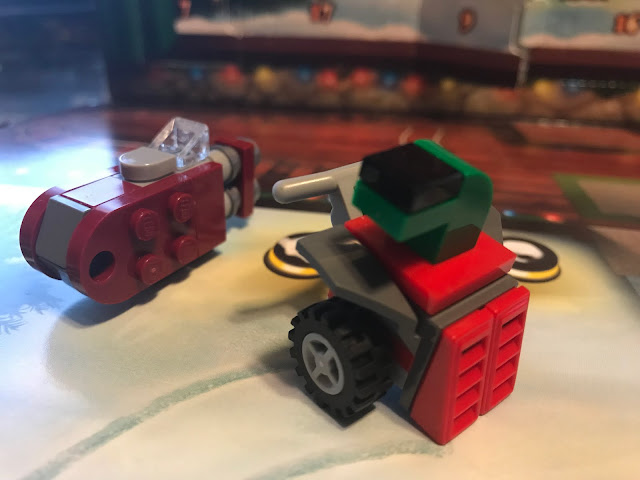 The snowblower whirrs
The snowspeeder kicks up snow
A frustrated howl
Posted by Earl J. Woods at 5:10 pm No comments: 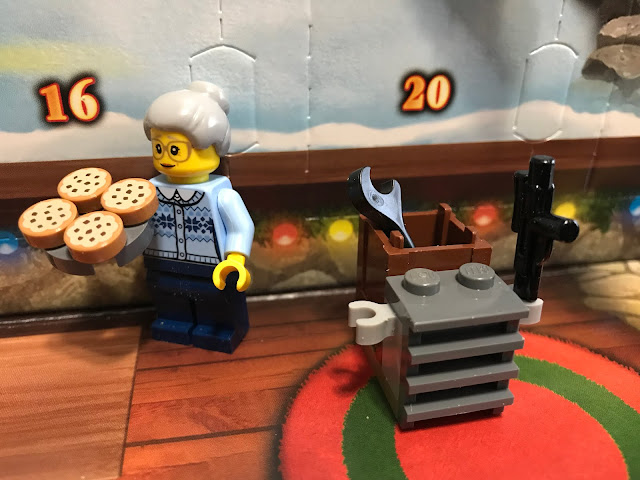 The warm, soft cookies
Straight from grandmother's oven
Next to the blaster
Posted by Earl J. Woods at 8:48 am No comments: 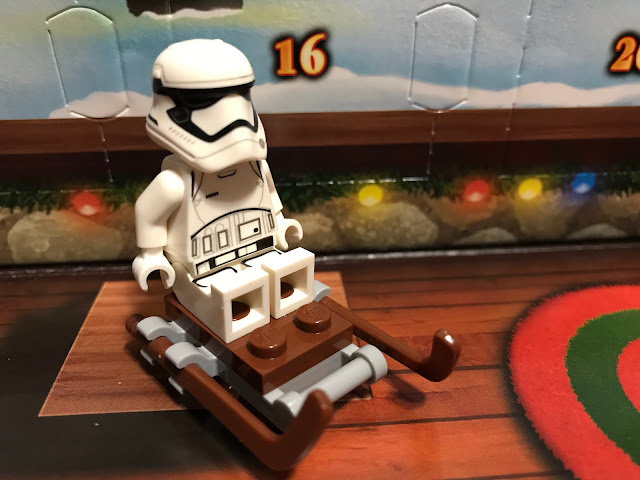 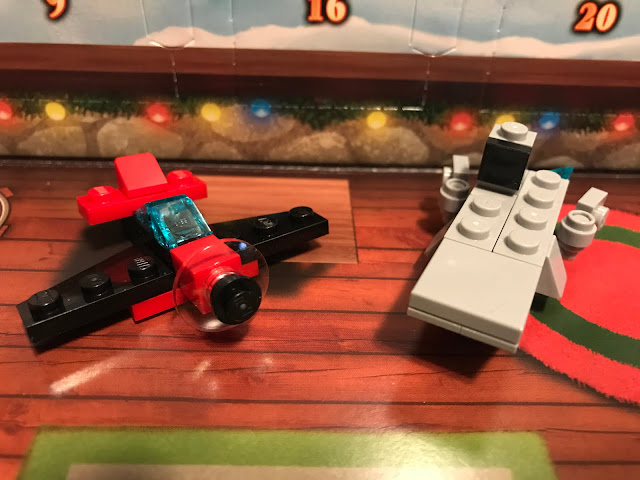 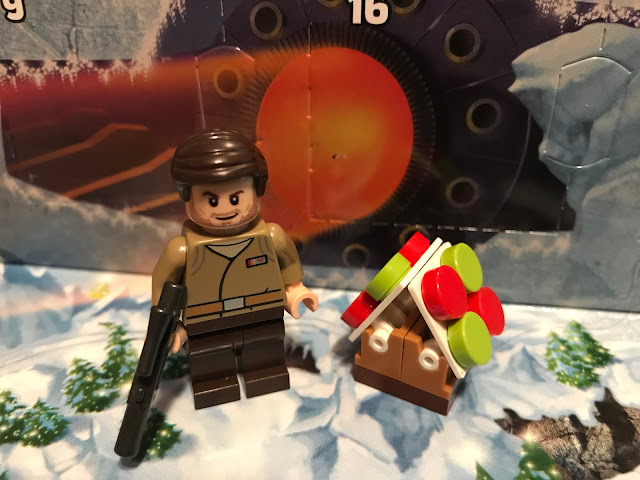 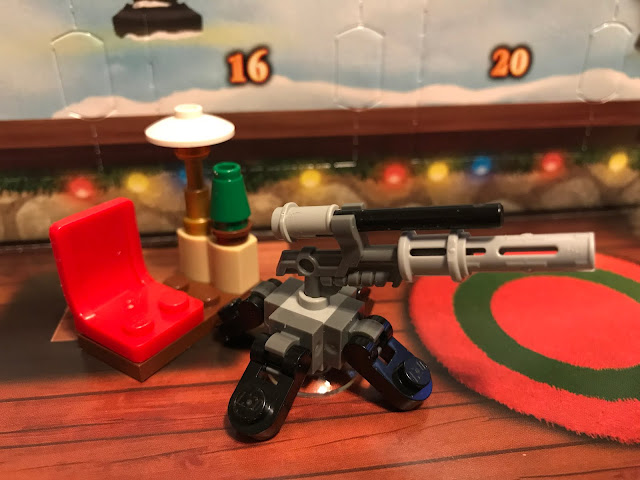 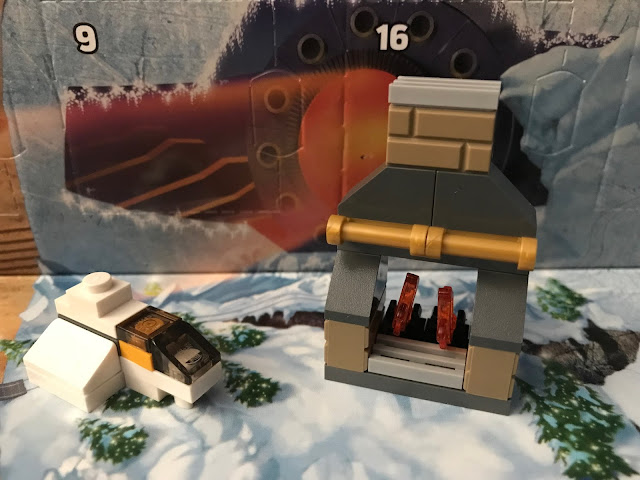 The hearth flames crackling
On this E-Wing evening
Creating ashes
Posted by Earl J. Woods at 1:25 pm No comments: 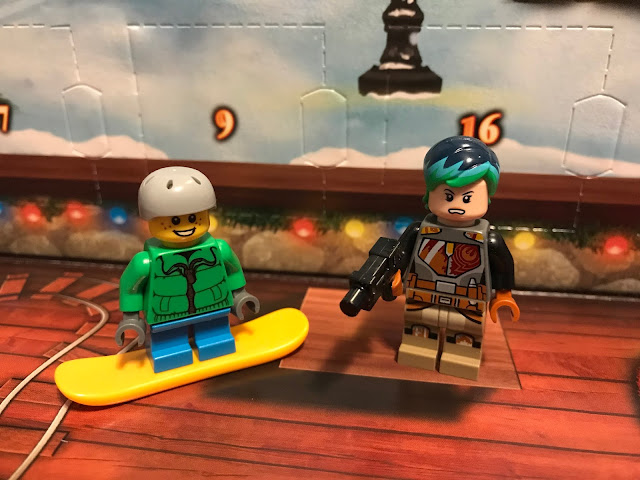 Let's go boardin' now
Ev'ryone is learning how
Snowboard with Sabine
Posted by Earl J. Woods at 11:45 am No comments: 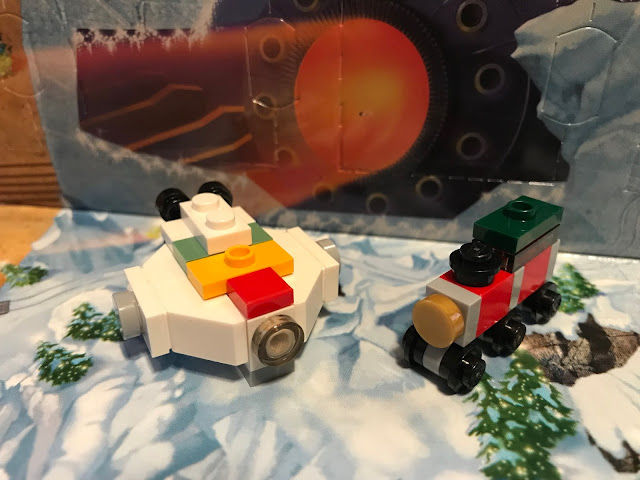