A Glimpse of Singapore 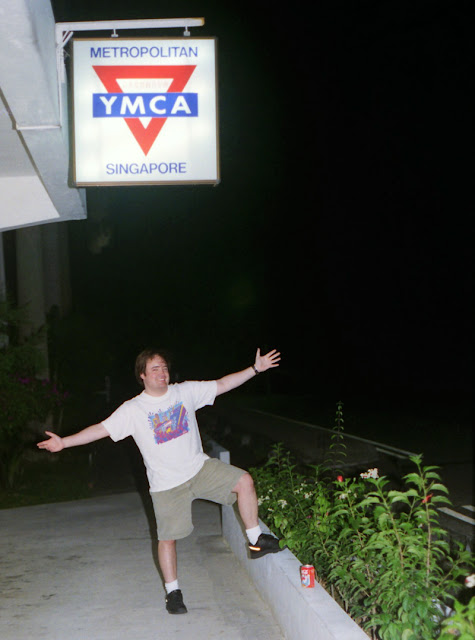 In late December 1996/early January 1997, I spent three weeks in Singapore, visiting my old U of A friend Parvesh. While my eyesight continues to recover from Monday's dog reaction, here's a quick glimpse of some of the sights my unimpaired vision enjoyed on that trip. 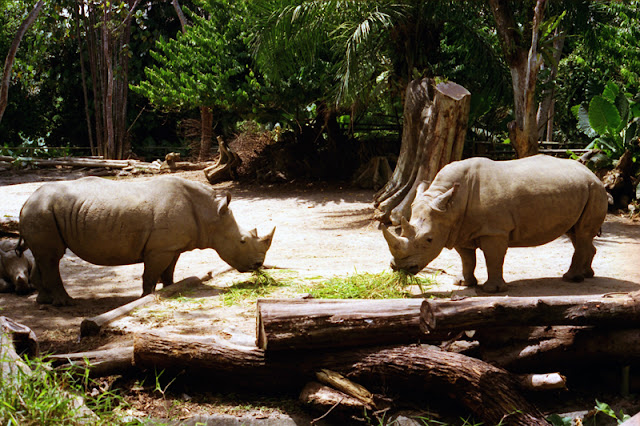 It's a Rhino Party! Kind of wish these guys had won the election instead of the Tories, but what can you do? I shot these fellows grazing at the Singapore Zoo, an open-concept zoo in which many of the animals roamed about unrestrained by cages. Small moats and ditches kept them from wandering among the visitors...well, except for one squawking peacock who jabbed me in the rear end repeatedly with his beak, much to the amusement of a group of Japanese tourists. Sadly, I don't have any photos of the incident, although the Japanese certainly do judging by the amount of shutter action I heard. 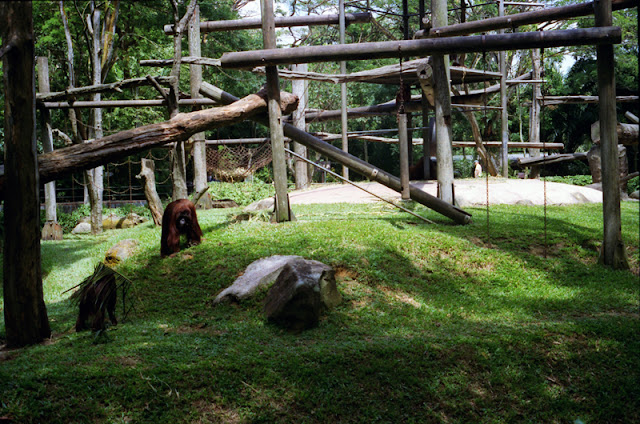 Here are a pair of orangutans. One seems to be shading itself with leaves. 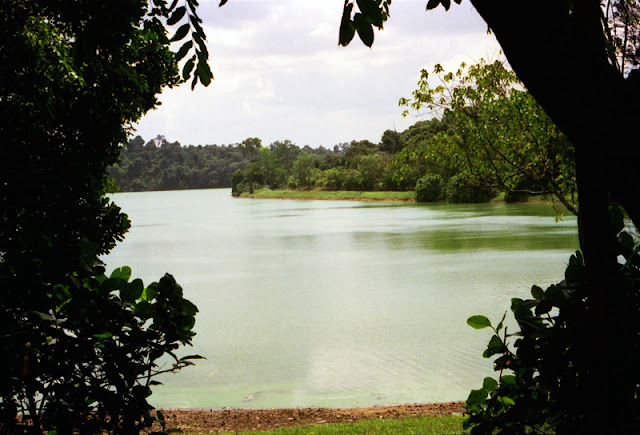 A breathtaking lagoon. My pictures really don't do the place justice. I wanted to dive into the green-blue waters and just float away forever. 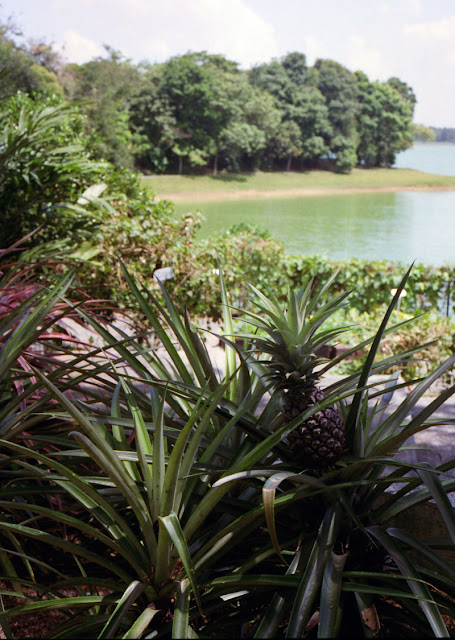 This was the first time I'd seen a pineapple growing in the wild. For some reason I'd always imagined them falling from trees, like coconuts. Perhaps I've watched too much Gilligan's Island.
Posted by Earl J. Woods at 7:55 pm