Return to the Edge of Nowhere, Part III

As Mom explains above, we travelled to Virden for the dedication ceremony thanking Mom's parents for donating Salt Lake to the local community. Salt Lake isn't huge, but it is quite nice, tucked away in the gentle rolling valleys of southwestern Manitoba. Saskatoon bushes surround the lake, offering delicious berries for fresh eating, preserves or pies. We'll get a better look at Salt Lake in another chapter, but in the meantime, here's a shot of Sean and I playing in the lake back in the 80s: 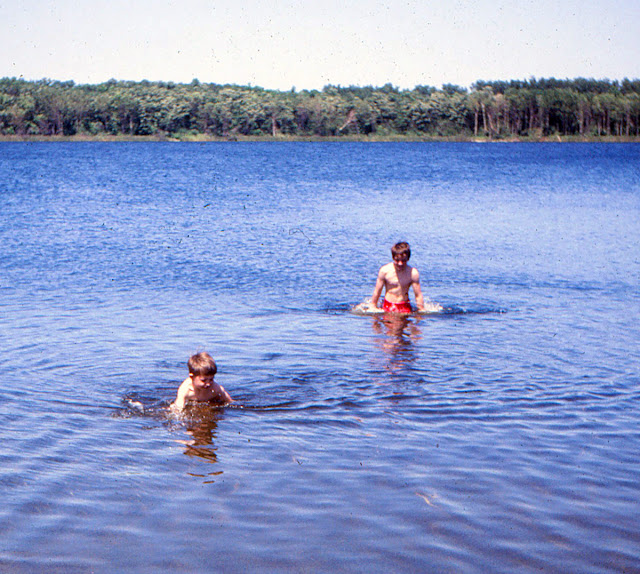 While Mom and Dad attended the annual service at Breadalbane Church, Sean and I visited the old Etsell homestead. Despite my initial words above, I do have a few strong memories of the place: my initial fear of the sunflowers in the yard, the day my cousin Darwin caught his finger in the drive chain of the exercise bike while I was riding it (quite a dramatic spectacle), and most of all, the "secret tunnel" that connected two upstairs bedrooms. It was actually just a storage space with two entrances, but at the time it was just big enough for me to walk through as if it were a pitch-black corridor. I do regret that Sean and I were too chicken to enter the house so I could see it one last time; alas, arsonists burned the house down a year later, so I've lost that chance forever. Take your opportunities when you can, because you never know when they'll vanish for all time. 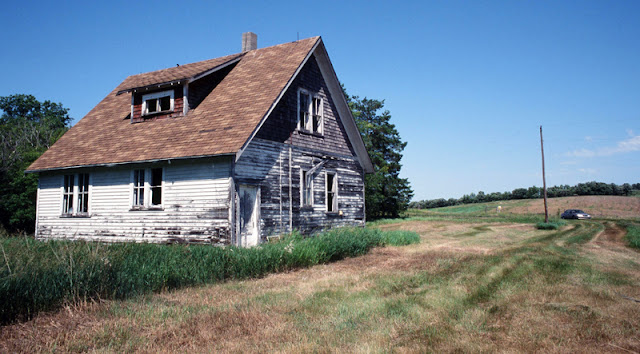 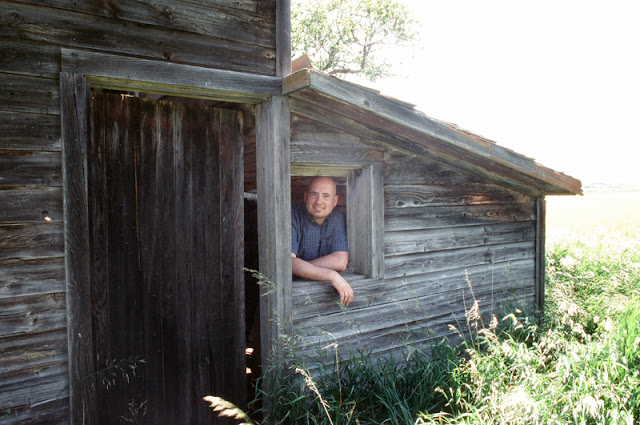 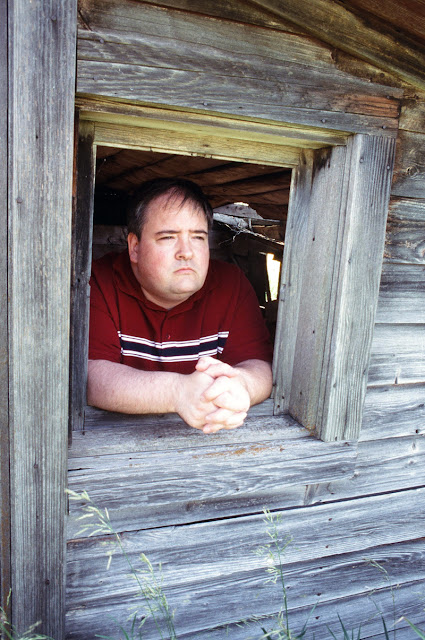 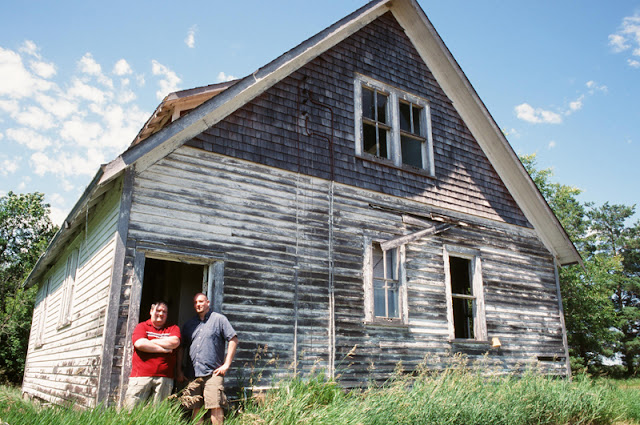 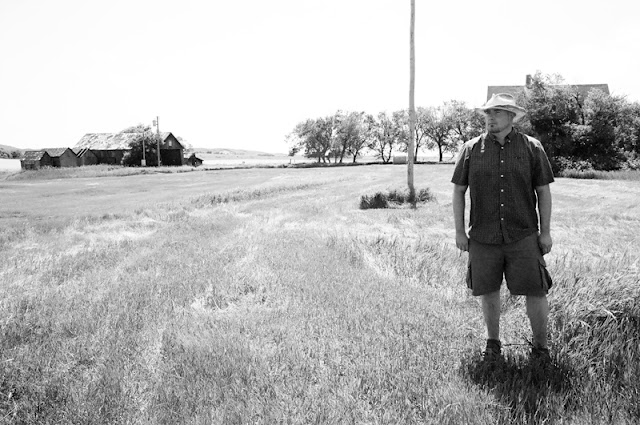 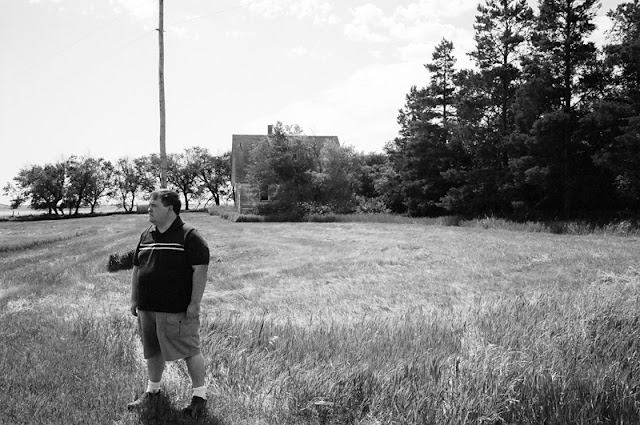