Sean of the Dead

As an amateur photographer, I try to take every opportunity to advance my art. Here are a few photos Sean and I took this weekend, all following a common theme. 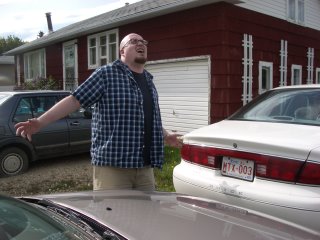 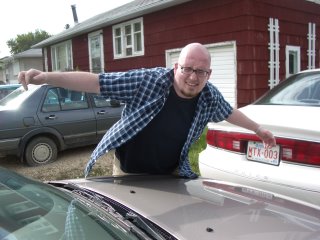 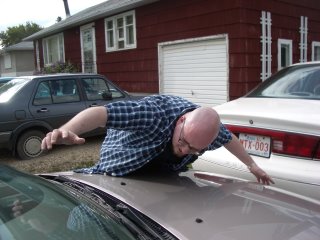 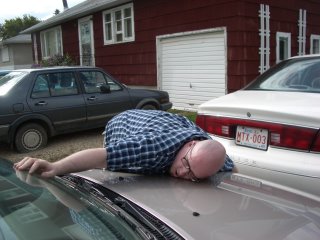 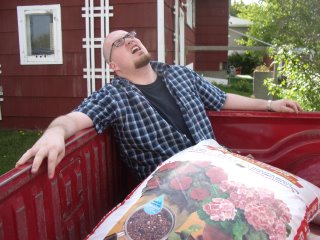 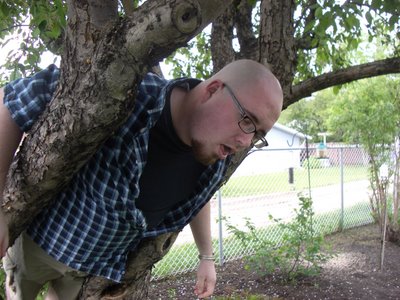 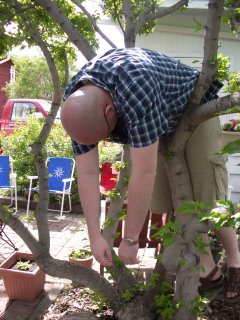 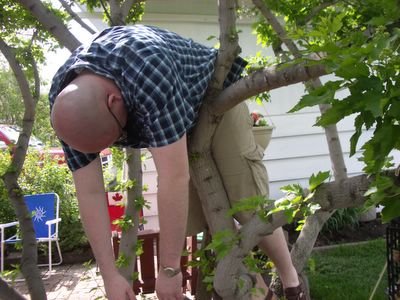 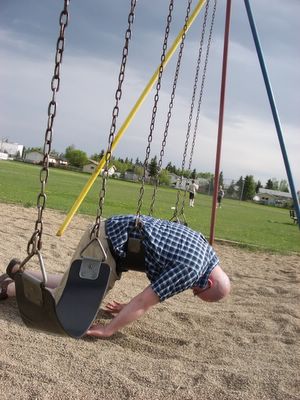 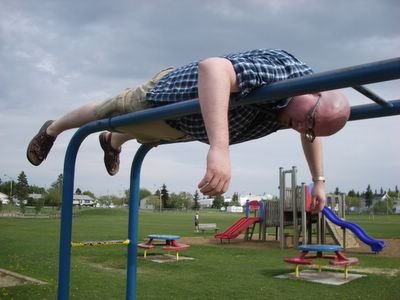 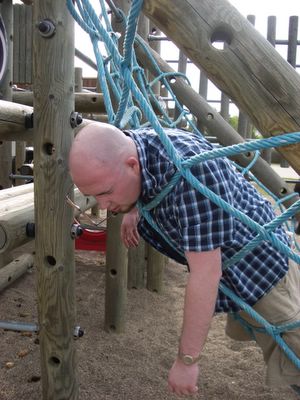 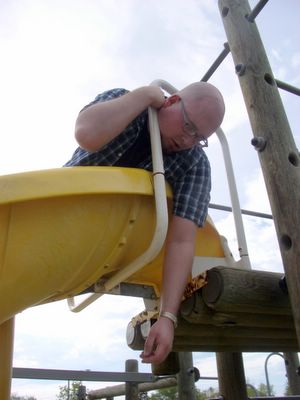 In an email sent some months ago to a few of my friends, I described the lunacy of "The Negative-Crisis on Earths One-Two!" from JLA #56, September, 1967. Now, thanks to the wonders of the blogosphere, here's an updated missive, with illustrations!

A "Negative Crisis" has infected several superheroes - some from Earth-1, some from Earth-2 - with "negative radiation," causing them to run berzerk. The solution to such an unusual crisis?

Pages of senseless violence, of course.

Here, the Earth-2 Hawkman and the Earth-1 Green Arrow are in a battle with a mind-controlled Earth-1 Flash. 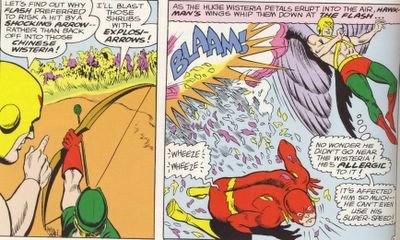 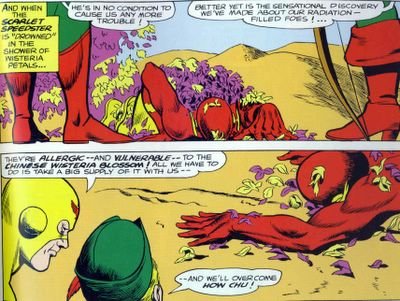 The mighty Flash, brought down with nothing more than an explosi-arrow (?!) and a few flower petals. And yet, this weakness isn't listed on his DC Heroes RPG character sheet.

Later, Mr. Terrific and Wildcat, both of Earth-2, must battle the possessed Green Lantern of Earth-1. The following exchange occurs just as Green Lantern whaps Wildcat and Mr. Terrific around with some giant tables (!) constructed with his power ring, a super-weapon that creates whatever Green Lantern can imagine out of thin air:

Mr. Terrific's abdominal plate is yellow. Why not use it as a sheild? 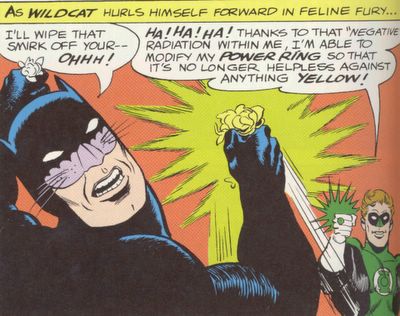 Sergio Leone's "A Fistful of Flowers," coming to a theatre near you. 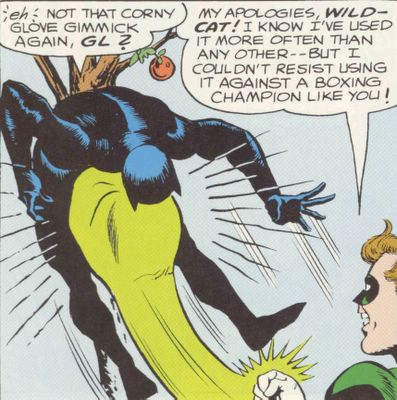 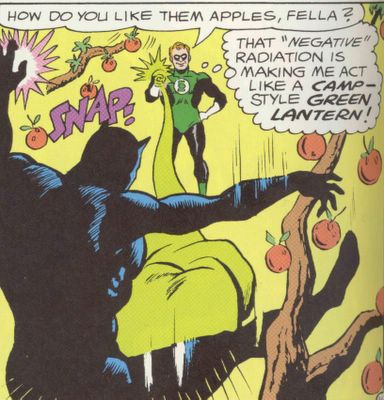 Parents, tired of your kids? Send them to Camp Green Lantern for the summer!

Almost as bad as Batman incapacitating himself by stepping on a pebble, but not quite. 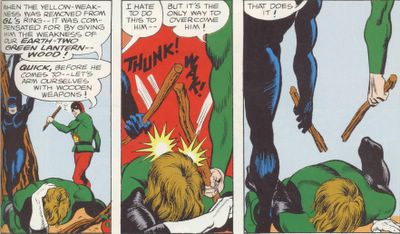 Oh, the humanity. Beating an unconscious man with sticks. Comic books - they're not just for kids!

This is how super-heroes treat their friends - by mercilessly beating them with sticks. Now, imagine how they treat their foes, and you can see why, in the real world, the ACLU would probably disapprove of costumed vigilantes.
Posted by Earl J. Woods at 8:54 pm 4 comments:

They Are Not Barbies 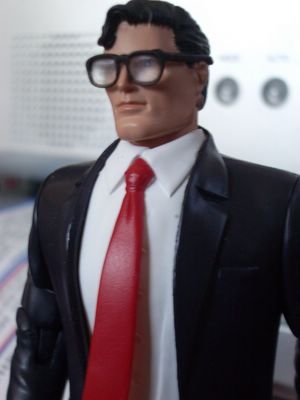 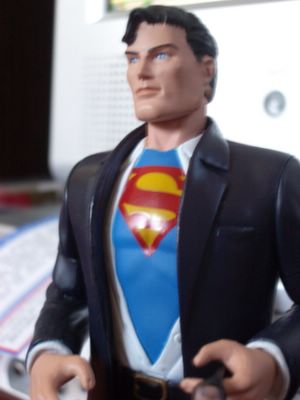 The other day I picked up the coolest action figure ever - a Clark Kent representation that changes into Superman! I've wanted a Clark Kent figure for ages, but this is even better.

"Great Scott! That airplane - its engines are on fire! This looks like a job...for SUPERMAN!"

SWWWOOOOSH! Quick, Superman, catch the plane! Use your heat vision to weld the engine back onto the wing! Oh oh, turbulence! Push, Superman! PUSH! Almost at the runway! Easy - decelerate gradually so you don't kill the passengers inside! Five seconds to impact...four...three...two...one...touchdown! 314 men, women and children, safe and sound!

"No problem, Captain - I'm glad I could help. Whoops, excuse me - gotta fly." 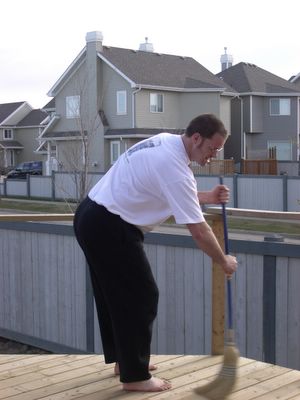 Saturday night the gang gathered at Pete's place for our second round of the Serenity roleplaying game. The common theme that night was spillage and cleanup. As seen here, Mike was so disturbed by Pete's filthy back deck that he felt compelled to sweep up. Later in the evening, Steve dropped his Brute on Pete's shiny hardwood floor(the sandwich, not his actual brute, not that he has one or anything that I know of) and promptly wiped up the mess. This prompted some gentle ribbing and reminded us of the night, not long ago, that Jeff spilled Pete's expensive port all over Pete's expensive table. The mess was promptly cleaned up.

According to a common stereotype, men don't enjoy cleaning. But among my particular tribe of geek friends, cleanliness is clearly a virtue.

Stealing a line from my friend Leslie...

What I'm reading: Cloud Atlas, by David Mitchell. Unusual and compelling, despite being a finalist for the Man Booker prize (rimshot!).

Speaking of awards, I found out today that E.L. Doctorow's Ragtime, which I have always assumed is a mainstream novel, was nominated for the Nebula award - an SF prize. I haven't read Ragtime - anyone know if it has any speculative content? (Some of you may remember the story from the film adaptation - widely publicized as James Cagney's last film.)
Posted by Earl J. Woods at 9:10 pm 1 comment: