Last night, Pete had a bunch of us over to celebrate his second "Geekquinox" dinner party. A Geekquinox, of course, occurs when geeks and the equinox collide, and last night Pete, ably assisted by his girlfriend Ellen, made sure the collision was spectacular indeed. Fans of George R.R. Martin's Song of Ice and Fire series of fantasy novels (enjoying new popularity thanks to the Game of Thrones television series adaptation) will doubtless be delighted by the Martin-themed menu: 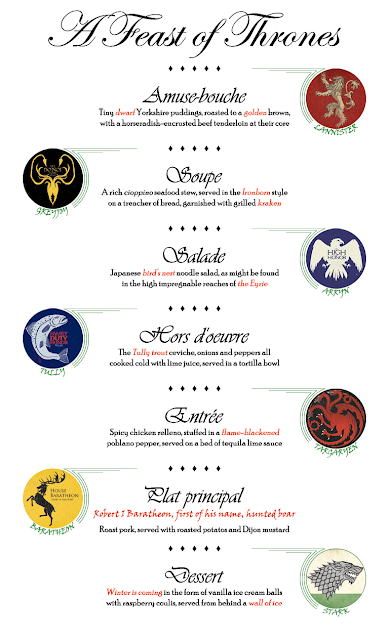 A dish for every major House featured in the books! Magnificent. (Pete did switch the order of two items - during the meal, the Tully trout served as entree and the flame-blackened pepper as hors d'oeuvre.) Sylvia and I were both a little anxious, though - a seven-course meal was a lot to devour, and I've certainly never before attempted such a feat. Fortunately, it takes a lot of time to prepare a meal like this, so everyone paced themselves accordingly; no guts were ruptured, though all were filled to capacity. 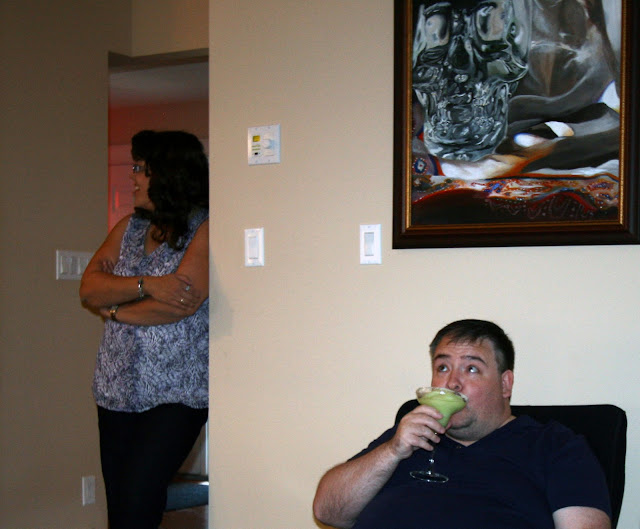 Ellen was in charge of the Drinks of Ice and Fire. Here I'm sampling a virgin lime margarita. Tasty, and a spectacular complement to the flame-blackened chicken. 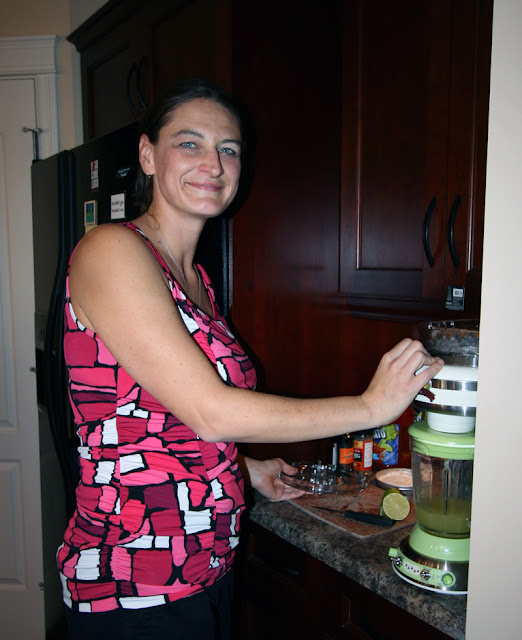 Here's Ellen mixing up the green stuff. The "fire" drinks were red - Caesars, I think. 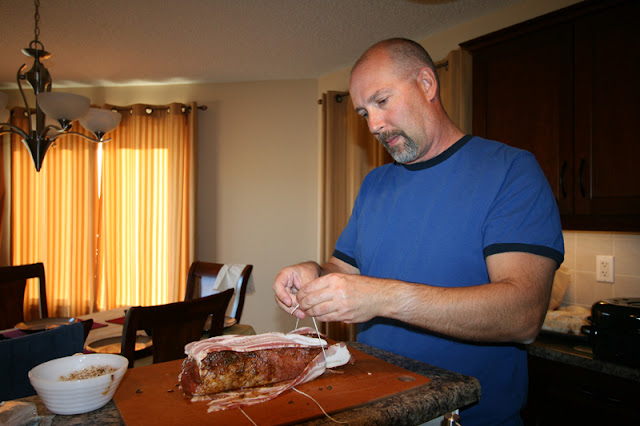 Pete prepares a pork roast. Apparently it was lacking enough pork, so he wrapped it in bacon. 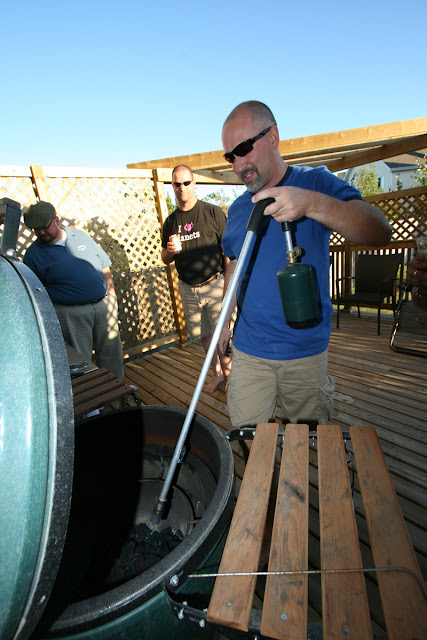 Pete used his big green egg, a Japanese wood-fired barbeque, to grill the kraken - i.e., the octopus. Japan and tentacles, a classic combination. 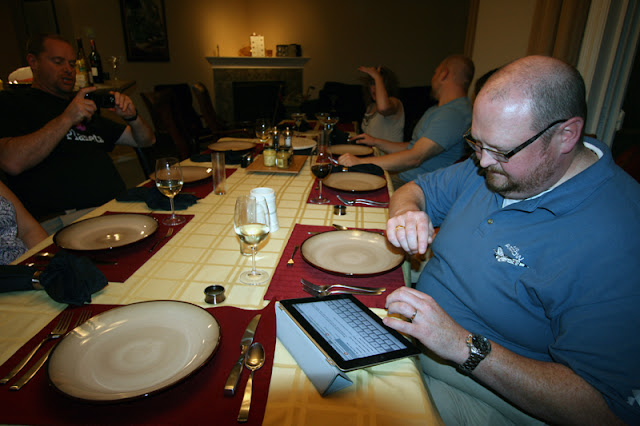 Steve live-blogged each course as it was presented. You can read his reviews starting here. 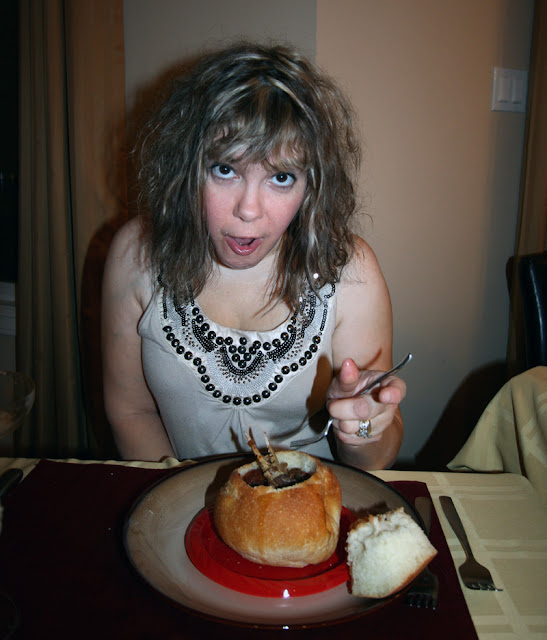 Sylvia reacted with some squeamishness to the Cthulu-like claw emerging from her soup - not to mention the plate of kraken tentacles just offscreen - but when she dug in, she discovered a hearty, succulent, flavourful treat. 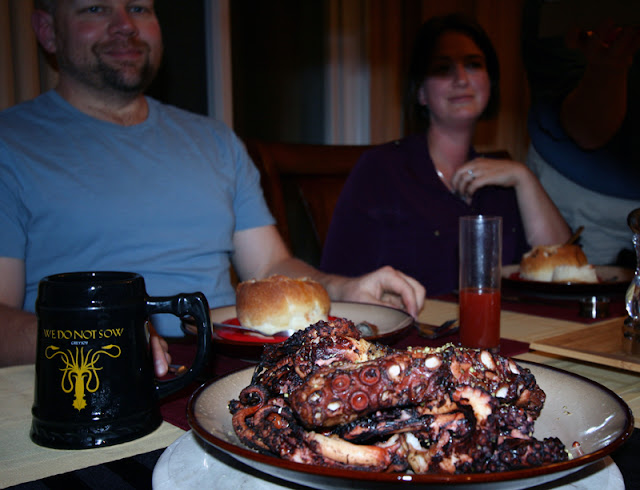 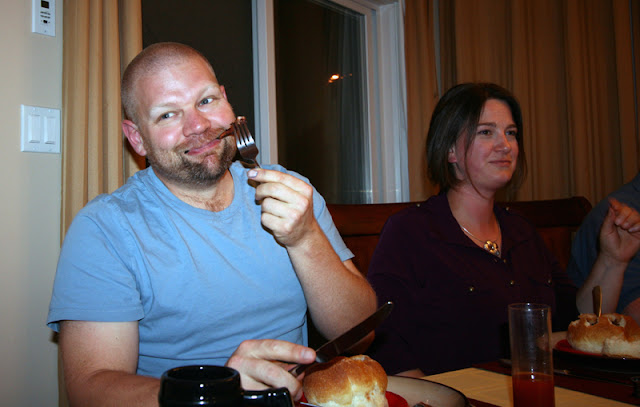 Scott grapples with the kraken. Pete took great pains to cook the octopus correctly, wrestling with conflicting recipes and experimenting for days to get just the right texture and flavour. I thought it tasted a lot like Cajun chicken in the end. 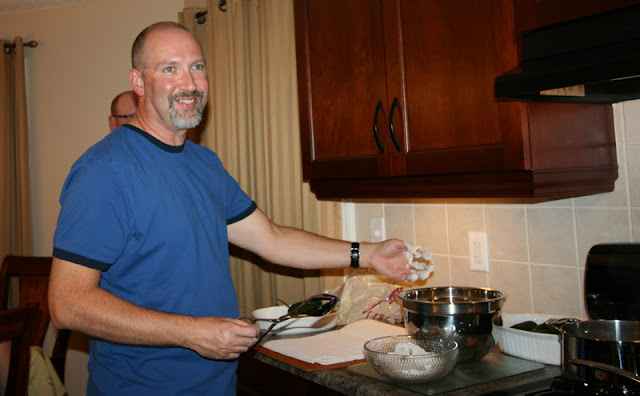 Pete prepares to deep-fry the chicken-stuffed pepper, my second-favourite part of the meal. 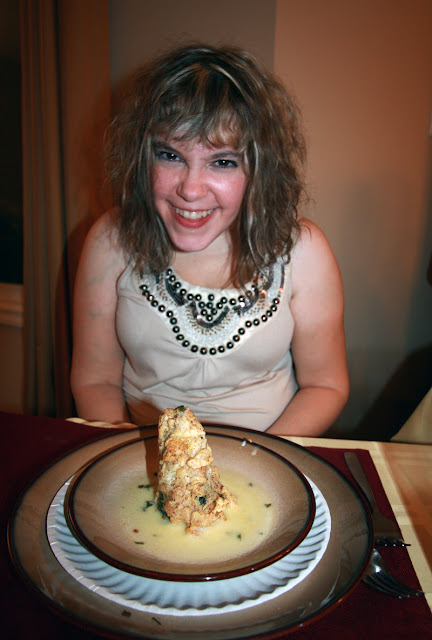 The spicy chicken relleno in all its glory. Juicy, spicy, delicious. 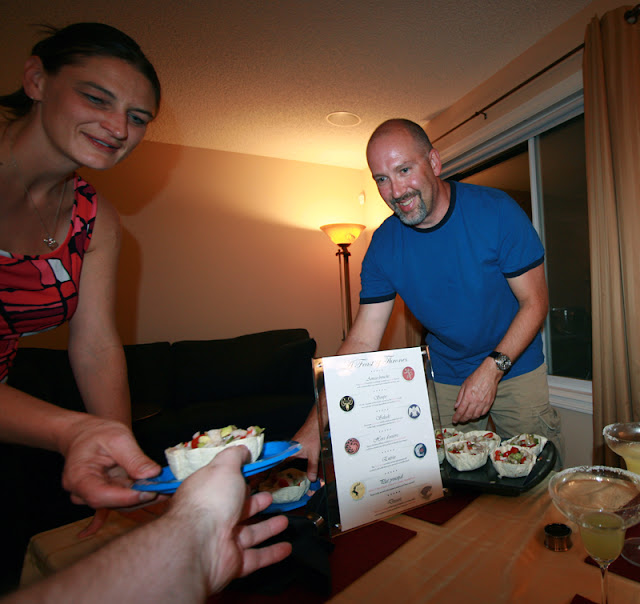 Viewed through the special Earl-cam, Ellen and Pete serve up the entree, a tasty trout ceviche, served cold with tomatoes and onions. 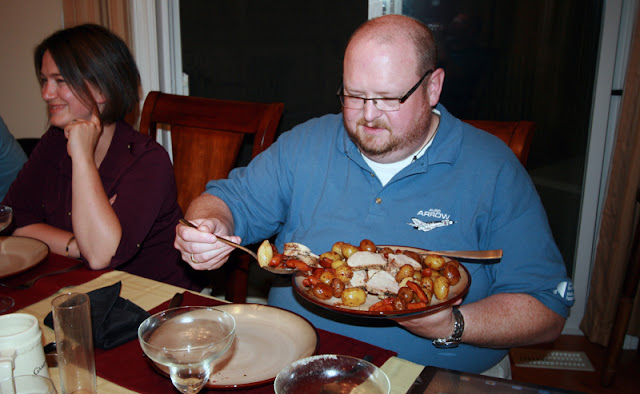 The main course: mouth-watering pork roast served up with bacon, carrots and potatoes. It's all too easy to keep popping those little potatoes into your mouth, even when you're stuffed to the gills... 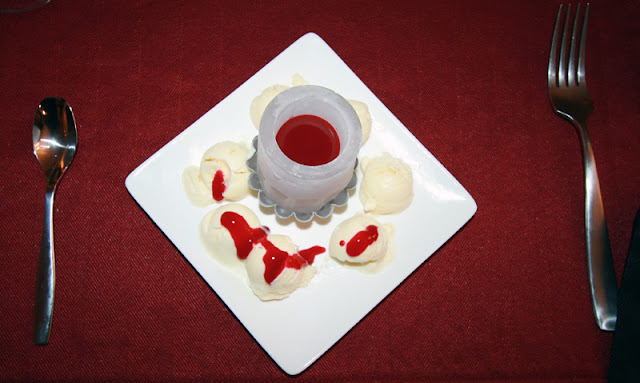 And finally, my favourite presentation: vanilla ice cream and raspberry coulis served behind a wall of ice - perfectly in keeping with the most important overarching story concept of the books. The "wall of ice" looks like a castle tower filled with blood, perfectly apropos considering the body count of the novels.

And here we are, sated by a truly excellent meal and the heady brew of fond companionship. I must say, Pete really outdid himself this time; I imagine the author himself would be impressed by this feast of kings.