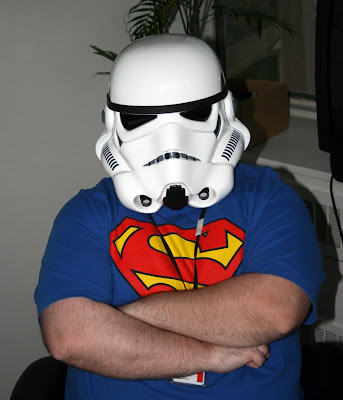 Michael Spears came to work as a stormtrooper this morning, and I came in my Superman t-shirt. Put them together and you have...Super Trooper. 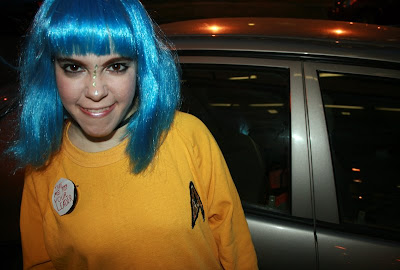 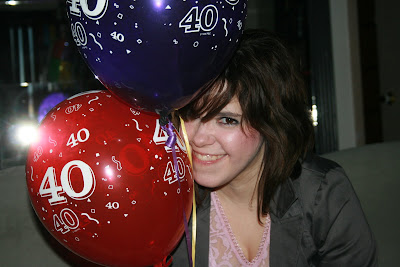 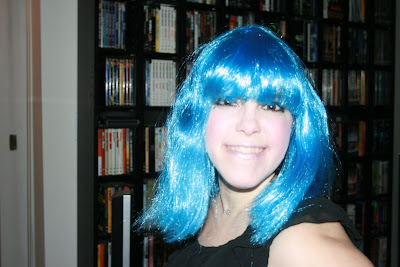 With a Twinkle in My I 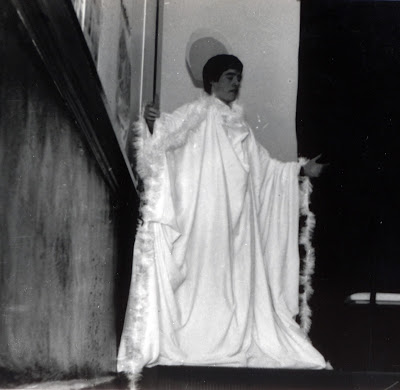 Earl's last experience on the stage, circa December 1984.

Kevin had an extra ticket to see Ronnie Burkett's Billy Twinkle, Requiem for a Golden Boy and graciously invited me along. It's been too long since I headed out to the Citadel to see a play, and I'm very glad I did.

Believe it or not, I remember Ronnie Burkett from Harriet's Magic Hats, an educational show that used to play on Access Network in the 80s. He's come a long way since then. Twinkle is a funny, sad, pathetic, brilliant, subversive, multilayered one-man/many-marionettes show that isn't afraid to make its audience uncomfortable in the pursuit of emotional truth. Well worth seeing.

I'm very glad Kevin invited me, because it's been way too long since I set work and home life aside to take just a small slice of time to appreciate art. Driving home at night on a warm fall evening with the window rolled down, I reflected on my old adolescent dreams of becoming an actor, shot down at that one audition at CBC, where it was decided I'd make a far better host than dramatic player.

And so it goes. Since tonight's show drew heavily on Shakespeare, I feel no irony whatsoever in recalling that life's but a stage, and we are merely poor players...
Posted by Earl J. Woods at 10:25 pm 3 comments:

Tonight, hundreds of Alberta Liberal Leader Kevin Taft's friends and supporters gathered to say thanks to him and Jeanette for their years of tireless work for democracy. A terrific program of skits, improv, storytelling and video honoured the couple and everything they did to fight for a better Alberta.

Whether or not you agree with the policies and perspective of the Alberta Liberals, I can personally testify that Kevin and Jeanette fought the good fight; they got involved for the right reasons.

A few months back, Kevin announced that he would step down as leader. Now three other men are vying for the job: Mo Elsalhy, David Swann and Dave Taylor. As a staff member of the Official Opposition, I'm not really supposed to take sides, but I will say that having worked with all three men for nearly three years, I know that they, too, are running for the right reasons.

Since this race is a bid for the leadership of the party, only Alberta Liberal party members can vote. I encourage anyone who's interested in grassroots politics to visit http://www.albertaliberal.com/ and purchase a membership; it's only ten bucks, a bargain for a chance to influence the course of Alberta politics.

For that matter, I encourage anyone to take out a membership in the party of their choice. Party members have a huge influence on who runs for office, and therefore who runs the province or the nation. If you're disenchanted or cynical about politics, getting involved is the only cure.

Below the silly picture, you'll find links to the campaign websites of all three leadership candidates. 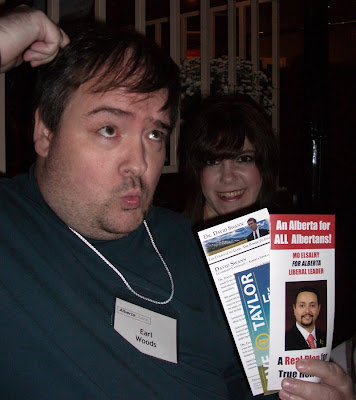