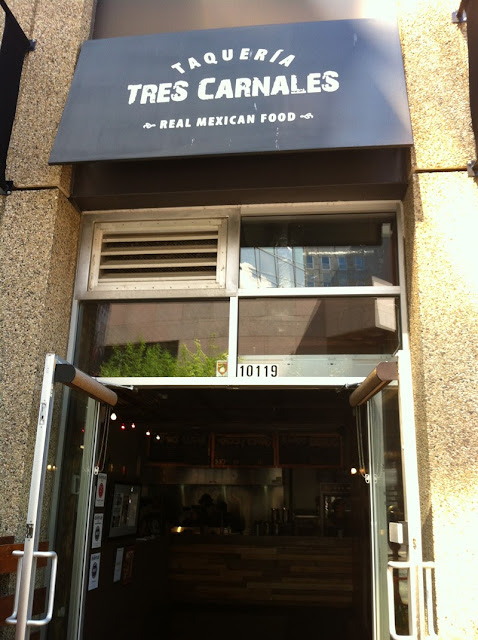 Tucked away just north of Jasper on 100A Avenue, just a few steps away from the north exit of the Central LRT station, lies a bustling little Mexican cafeteria: Taqueria Tres Carnales. When I arrived for lunch today people were lined up out the door, and I initially worried that I'd have to abandon my plans. But the invariably energetic and friendly staff ushered patrons through the queue with remarkable efficiency. Yes, I waited in line about 15 minutes, but the air of affable chaos and good-natured fun made the time pass quickly. 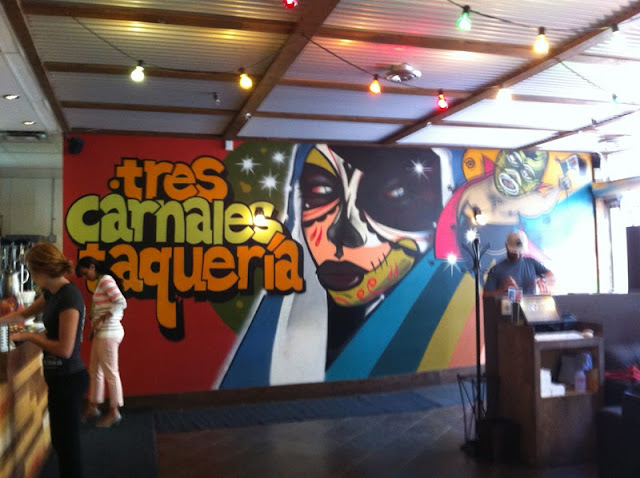 The decor complements the breezy illusion of carefree fun generated by the staff, who worked with such grace and good humour they seemed to glide around the cafeteria like accomplished figure skaters during a well-rehearsed routine. 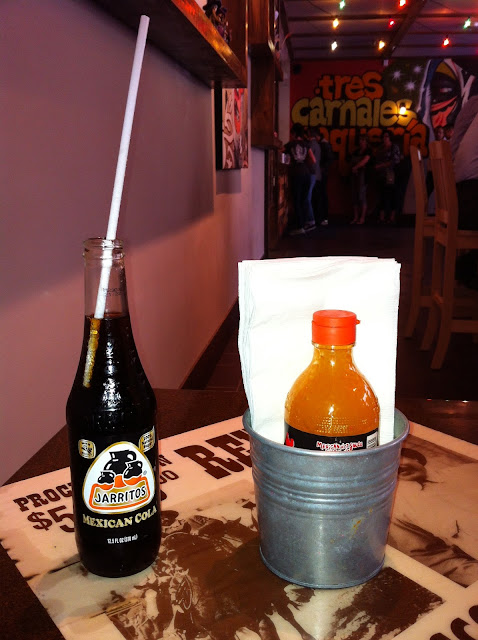 With no small amount of trepidation, I decided to start off with a Mexican Cola. But my hesitation proved foolish, as the drink turned out to be superbly refreshing. Stronger and sweeter than our colas, Jarritos has a spicy bite - it's almost peppery. I'd happily buy a 24-case of these to take home. 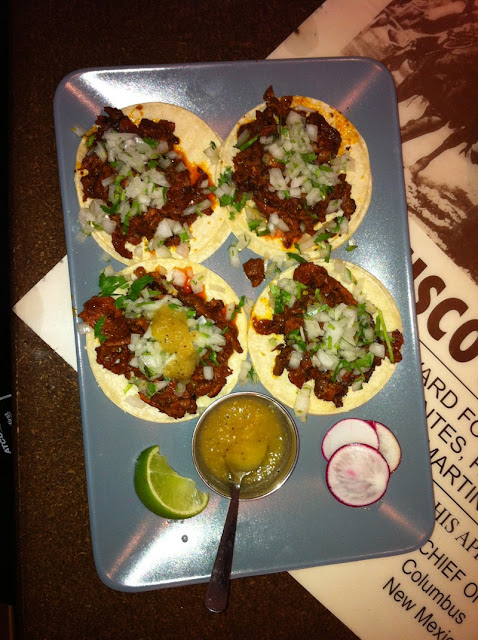 I had no idea what to order, but the young businessman in line ahead of me raved about something called Al Pastor, so I ordered that. Al Pastor turns out to be a set of four pulled pork tacos served with lime, radish and mild salsa. With some consternation I noted that I'd been given no cutlery, but I managed to fold the tacos for ingestion with only a little mess, including a set of very greasy, orange-stained fingers. The tacos were spicy and succulent, with excellent texture and robust but not overpowering flavour.

Because of the long wait in line, I wolfed down my meal in about ten minutes - only to discover that the place was far less busy at 12:35 then it had been at 11:55. Next time I'll see if a slightly later lunch would give me more time to savour my meal.

My cola and tacos cost around $15, including tax and tip - an excellent value for a truly delicious lunch. The location is somewhat inconvenient and there's really not enough seating to handle the eager rush of diners, but Taqueria Tres Carnales is worth a little trouble. Highly recommended.
Posted by Earl J. Woods at 7:02 pm