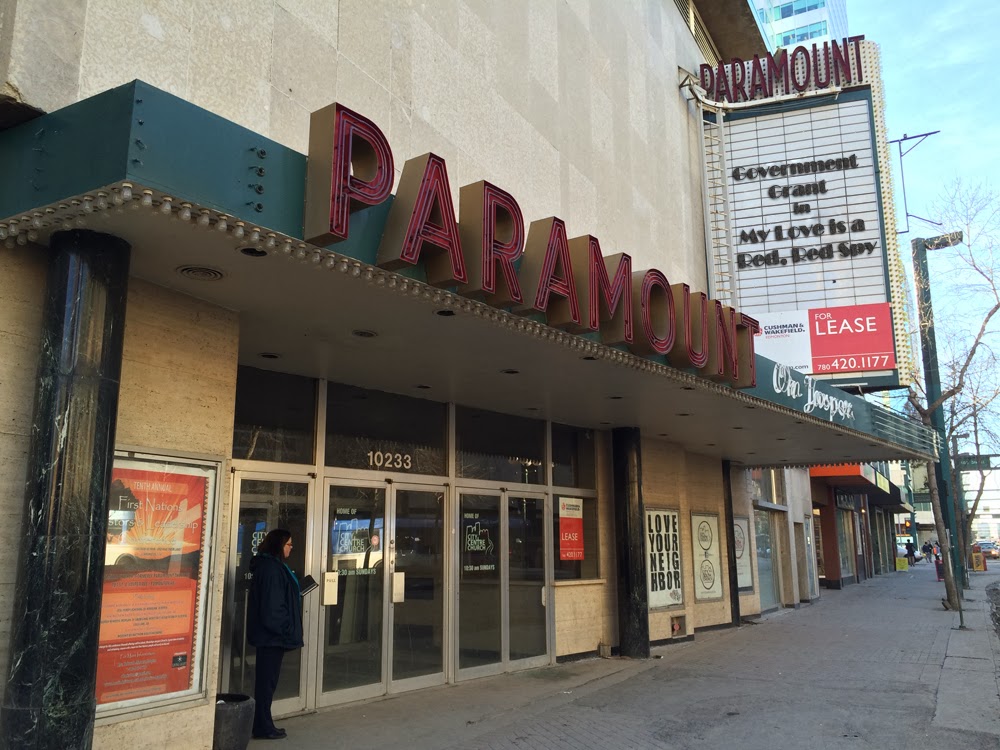 I remember when people used to call this the best theatre in Edmonton. To the best of my recollection, I only saw the following films here:

This was also the place where I attended Sit Long and Prosper, a marathon viewing of all five (at the time) Star Trek films, punctuated by a trailer for Star Trek VI, which brought loud whoops of delight from the audience.

The old theatre seems to be in a dismal state now, up for lease, abandoned. I wonder which film screened last here? Perhaps it was so awful that it drove audiences away from the venue forevermore. Well, we'll never know...
Posted by Earl J. Woods at 8:27 pm