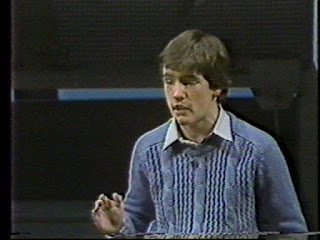 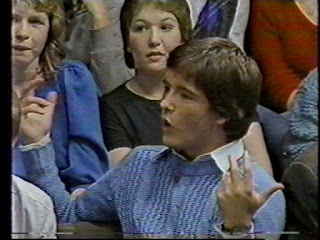 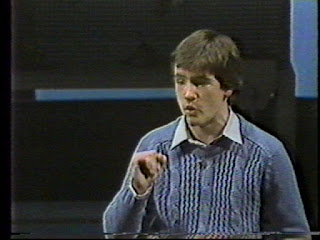 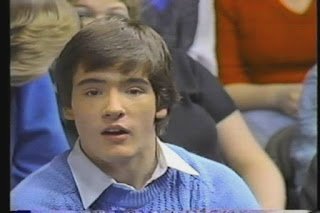 We've finally arrived at Back to the Future Day, October 21, 2015. While Marty and Doc Brown were travelling through time, I made my own tiny, tiny contribution to the world of film and television by co-hosting CBC's If Your Parents Split, a pilot that won a couple of awards but wasn't picked up, forever altering my career trajectory. It was a fun gig; I was pretty natural in front of the camera, if I do say so myself, and I really enjoyed interacting with the studio audience. The show was broadcast in February 1985, a few days before my sixteenth birthday.

Audience really didn't get to see much of October 21, 2015 until Back to the Future II, of course. I don't remember if I had any opinions on which crazy predictions might come true or not, but in retrospect I probably wouldn't have believed in hoverboards, side-by-side neckties or Jaws 19. Well, hoverboards are a thing, and if you count the various Jaws-inspired killer shark movies, I'm sure we're well past 19. Thank goodness the double necktie hasn't taken off, at least.
Posted by Earl J. Woods at 6:39 pm

Email ThisBlogThis!Share to TwitterShare to FacebookShare to Pinterest
Labels: 1980s, Back to the Future, CBC, Film, If Your Parents Split, popular culture, television, Time Travel