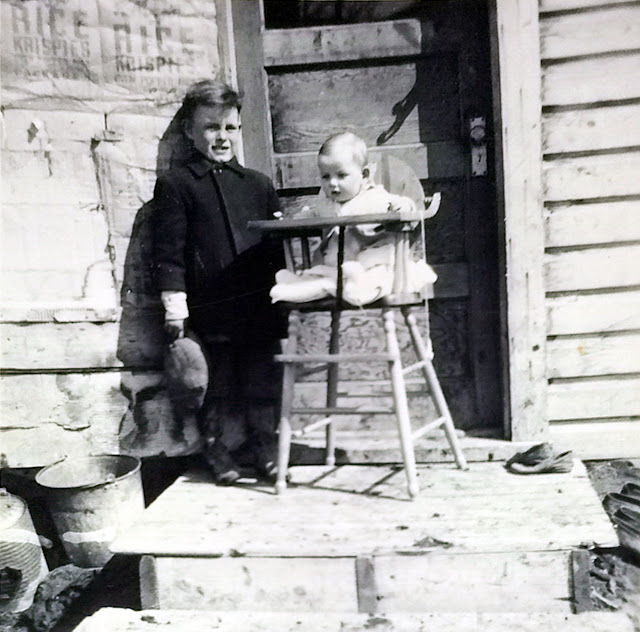 Mom and Dad found some old photos at Grandma's house after she passed away, and I've been meaning to scan them for some time, but I'm missing the scanner component that allows me to scan prints. So tonight I decided to try Google's new PhotoScan app. The results aren't bad, even given my shaky hands. I don't think the scan is as sharp as it might have been had I used my Canon flatbed scanner, but it's much faster than a conventional scan, and easier to use.

I'm not sure if that's my Dad in the high chair, or if he's standing next to it. Either way, this photo would have been shot sometime during the 1940s. Note the Rice Krispies posters in the background.
Posted by Earl J. Woods at 7:25 pm