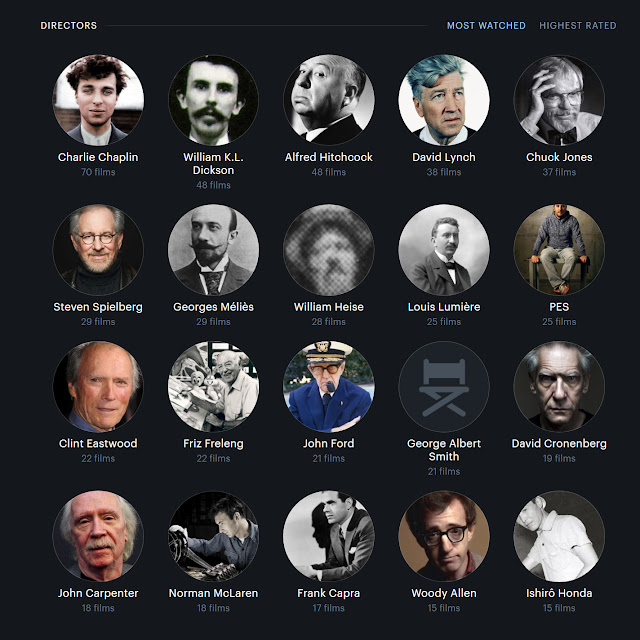 According to Letterboxd, this is my list of most-watched directors. Having watched all but one of Charlie Chaplin's many films, it's no surprise that he's at the top. But who is William K.L. Dickson, you ask? He's one of the pioneers of film, and as I've been watching a bunch of films from the early days of the medium, folks like Dickson, Georges Melies, Louis Lumiere and William Heise wind up on my list. Of course, a bunch of their films are only a few minutes, or even just a few seconds, long.