As of this evening, I have seen 4,000 films, or about 91 films per year since the age I was old enough to remember what I was watching. If I can see another 1,000 films before I turn 51, I can claim to have seen 1,000 films per decade on average...quite a stretch, unless I watch nothing but shorts for the next couple of years.

And now, for the first time ever on The Earliad, a pie chart! Click to embiggen. 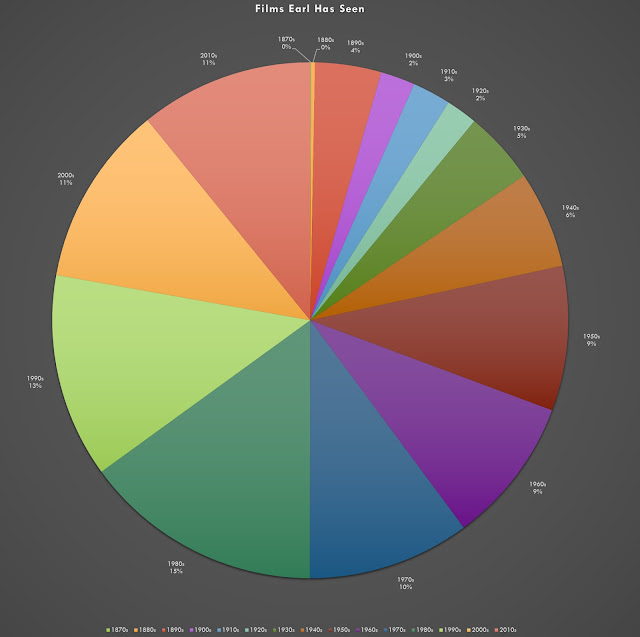 The chart reveals that my attempt watch films from across the motion picture era is a qualified success, with no single decade absorbing more than 15% of my attention. However, the decades I've been around for (not counting my birth year, 1969) account for 60% of my viewing.

Here's a numerical breakdown of the films I've seen in each decade, counting down from top to bottom:

And no, I still haven't seen Ferris Bueller's Day Off.
Posted by Earl J. Woods at 5:30 pm