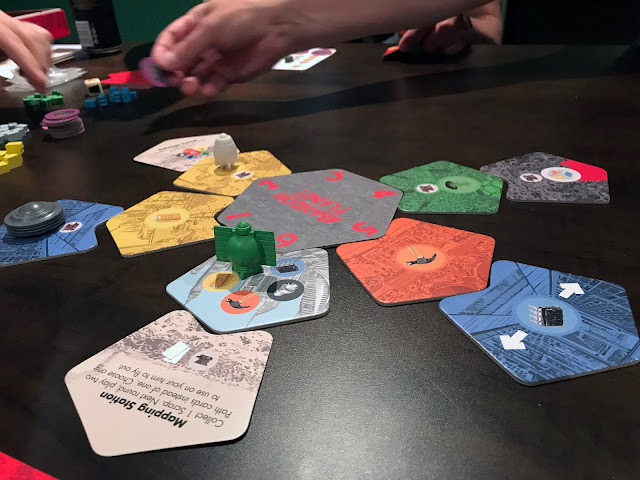 Only a select few will successfully ABANDON PLANET to survive the destruction of their homeworld. 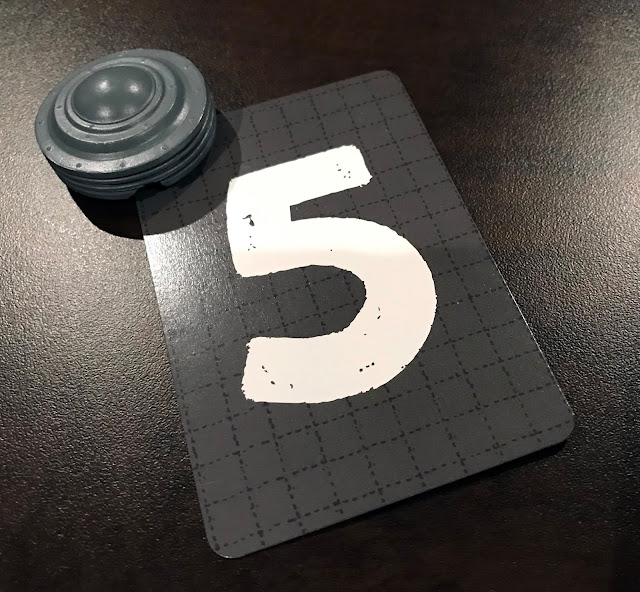 I was not one of the few. 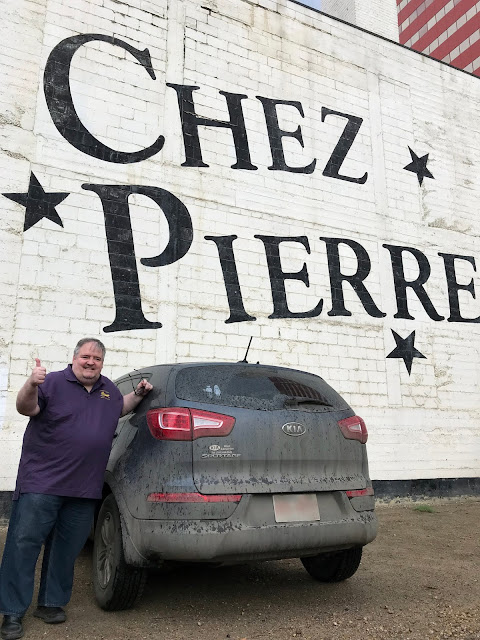 Then, a trip to Chez Pierre as our annual "get-out-of-the-house" outing...no, not really. I just had Pete take this shot of me in the parking lot to tease Sylvia. In truth, we walked next door to GTFO for a competitive escape room experience. 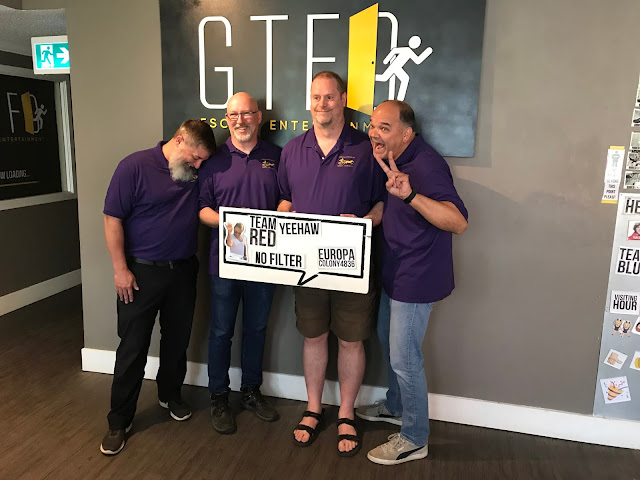 Mike P, Pete, Mike T, and Jeff successfully escaped Europa. I did not, nor did Rob or Steve or Scott. 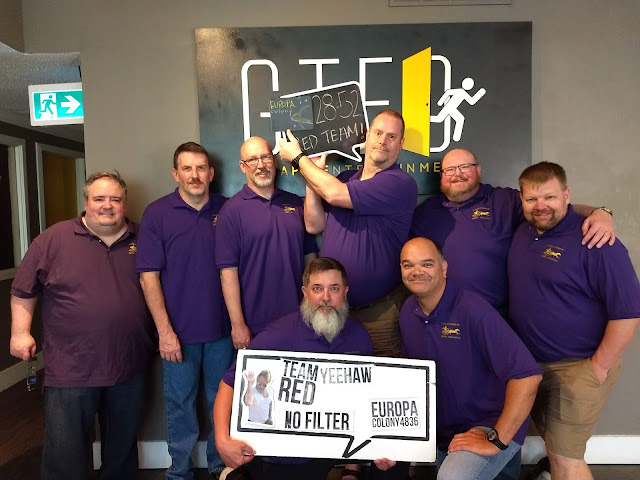 The guys did well though, finishing over 16 minutes before the deadline. 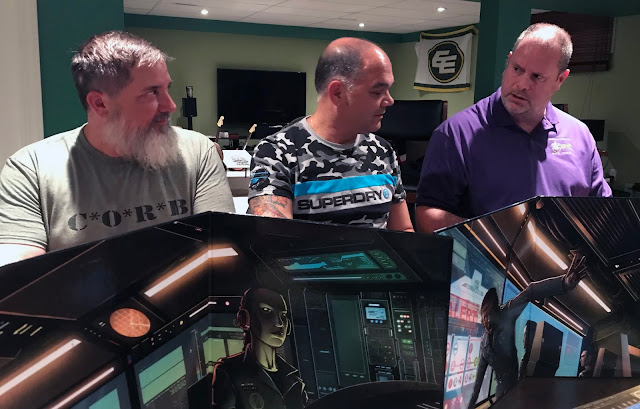 Then it was on to Captain Sonar, which Steve artfully describes as "multi-player Battleship." Except with submarines. You have to listen to the other team carefully in this game, or you'll be completely lost. 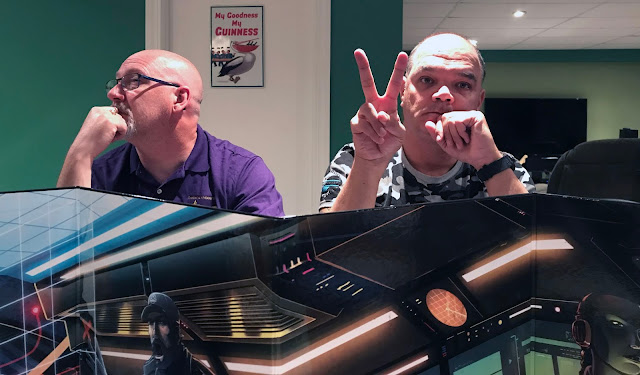 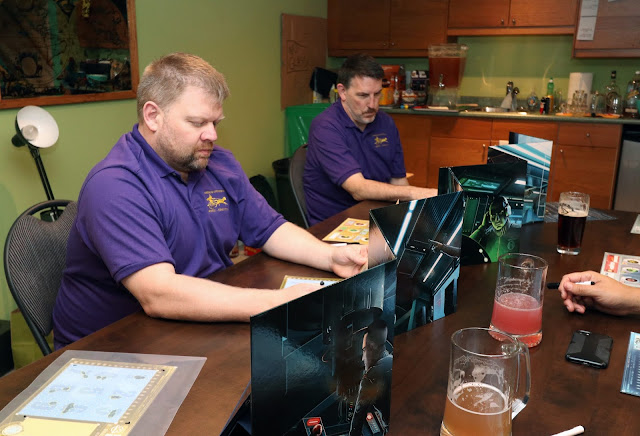 This was shot before play actually started. Otherwise, seeing both sides of the screen is strictly prohibited.

In the end, Team Scott, Rob, Earl and Steve triumphed over team Mike, Mike, Pete and Jeff. But it was a close thing. 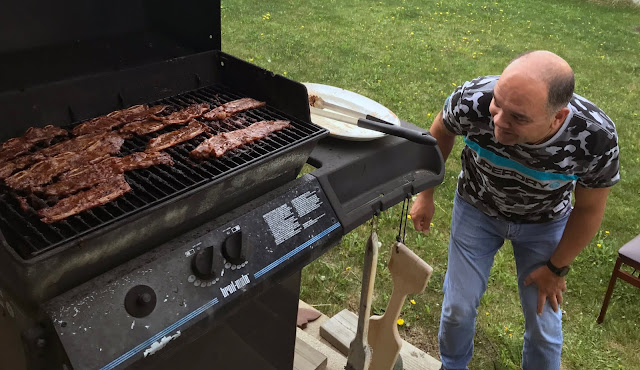 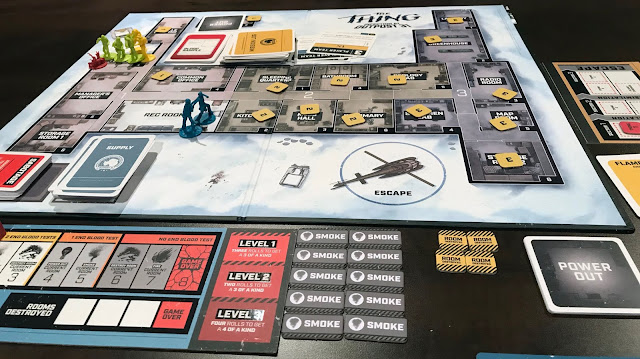 On to that fine game of paranoiac terror, The Thing: Infection at Outpost 31. 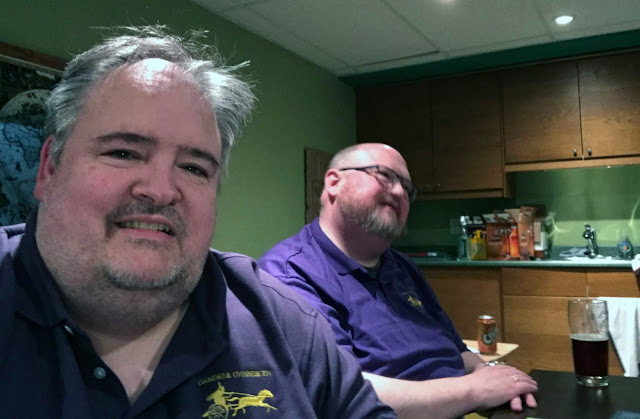 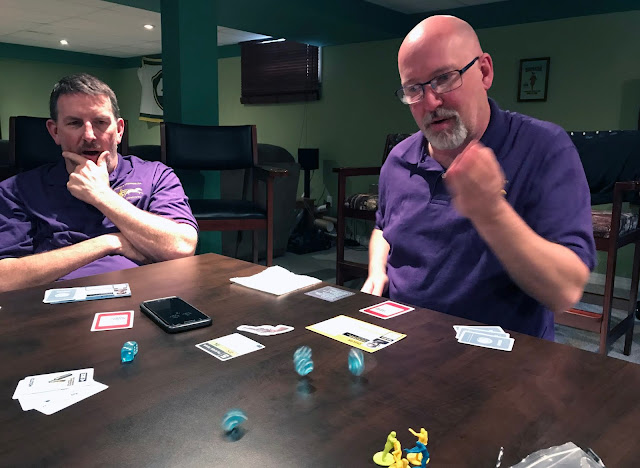 Friday night is a good night for Rock Band, so that's how we concluded Day 3.
Posted by Earl J. Woods at 6:36 pm