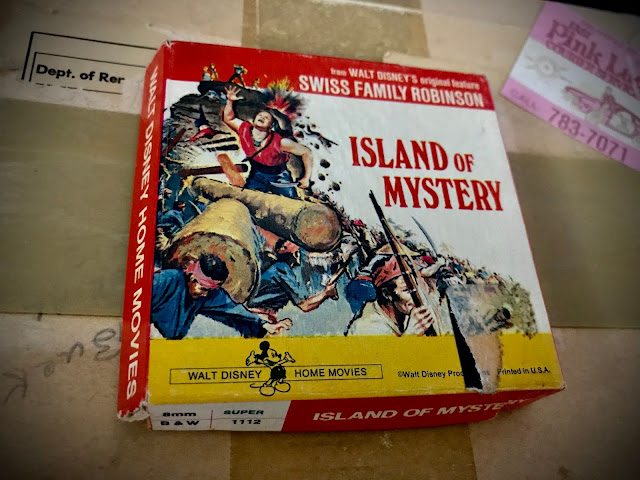 In the late 1960s, Mom and Dad bought a movie projector in order to screen the home movies they shot on their Super 8 camera. The projector came with Island of Mystery, a short clip from Disney's Swiss Family Robinson (Ken Annakin, 1960). 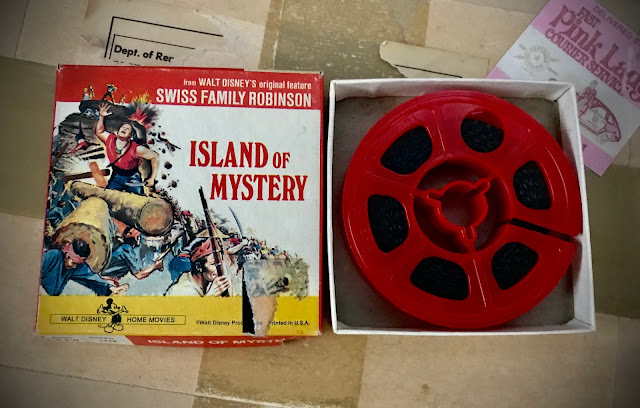 Here's what the film reel looked like. The original film featured sound and colour, but this reel is black and white, and because Mom and Dad bought a silent projector, it came with a silent version of the clip. 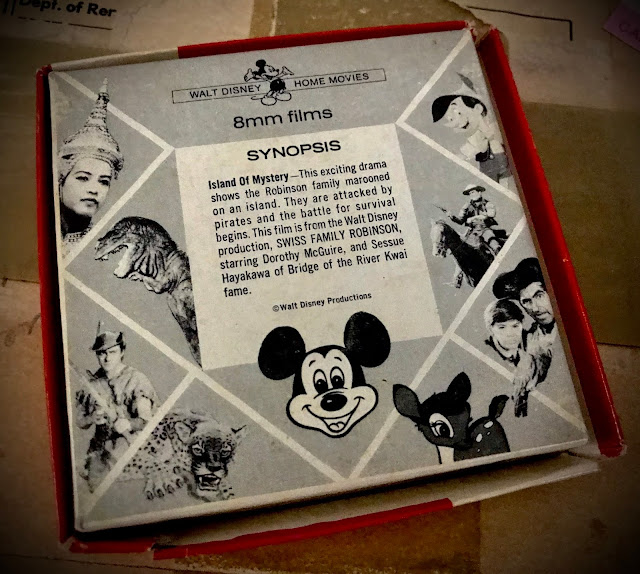 And here's the back of the box.
Long before streaming, long before Blu-Ray, DVDs, and even VHS and Beta, this is how people watched movies at home--a few minutes at a time, in truncated form.
Far from a collector's item, Island of Mystery currently sells for somewhere between $10-15 USD.
Posted by Earl J. Woods at 6:18 pm