Postscript: Arson on the Road to the Edge of Nowhere

A couple of weeks back, I documented the trip Sean and I made to Manitoba, including our stop at the old Etsell farm. I'm doubly glad we went, because scarcely a year later, some miscreants burned the old Etsell house, home of our mother and aunts, to the ground. 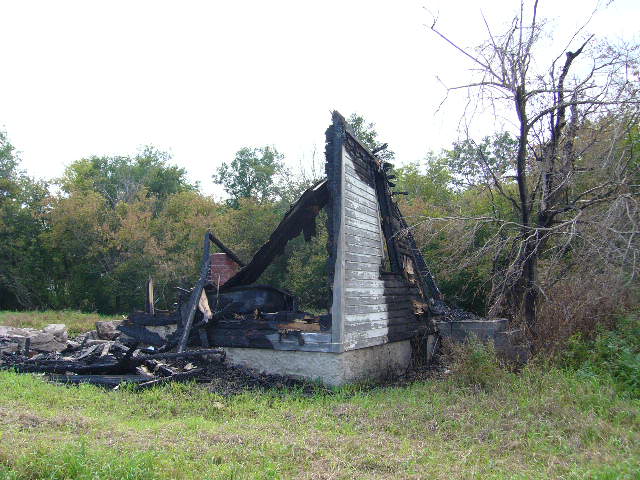 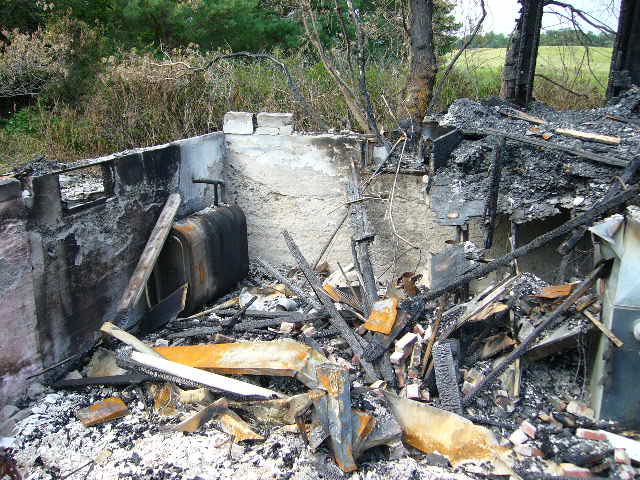 It was indeed arson, at least according to witnesses. A lightning strike or other natural cause would have been sad, but much easier to bear than this senseless vandalism. Thankfully no one was hurt, and I hope the perpetrators are caught and punished and never do anything this stupid again.
Posted by Earl J. Woods at 7:08 pm