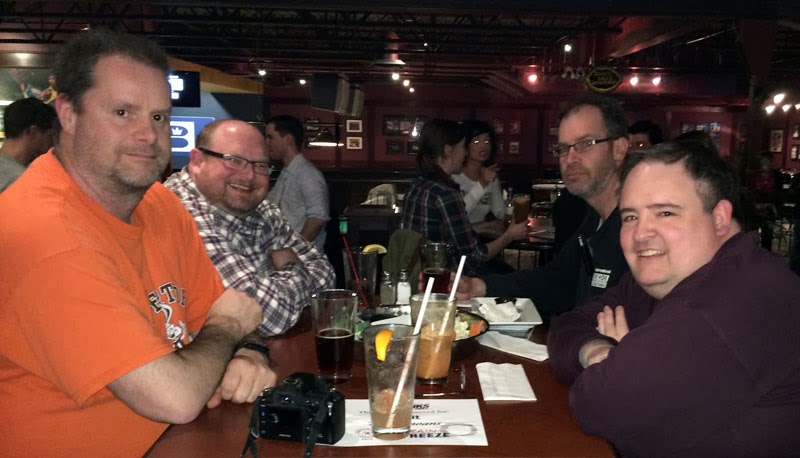 Peter Harris has organized an Intuit trivia team for Corporate Challenge for several years. This year, Dustin couldn't make it and Pete asked me to substitute for Dustin. But today Pete got sick, so Mike's brother Paul was reigned in at the last possible second. Changing things up worked out pretty well; we wound up with 72 out of 100 possible points, enough to earn third place. (The winning teams had 74 and 78 points.)

Thanks for inviting me out, guys!
Posted by Earl J. Woods at 9:45 pm

And I knew Jack Lemmon was in the Odd Couple - but too late.

We discussed robots, cyborgs, sentience, etc in a science-space themed contest. Kind of funny that the anti-spam thing below this box says: "Please prove you're not a robot"