The Man with the Kryptonite Punch 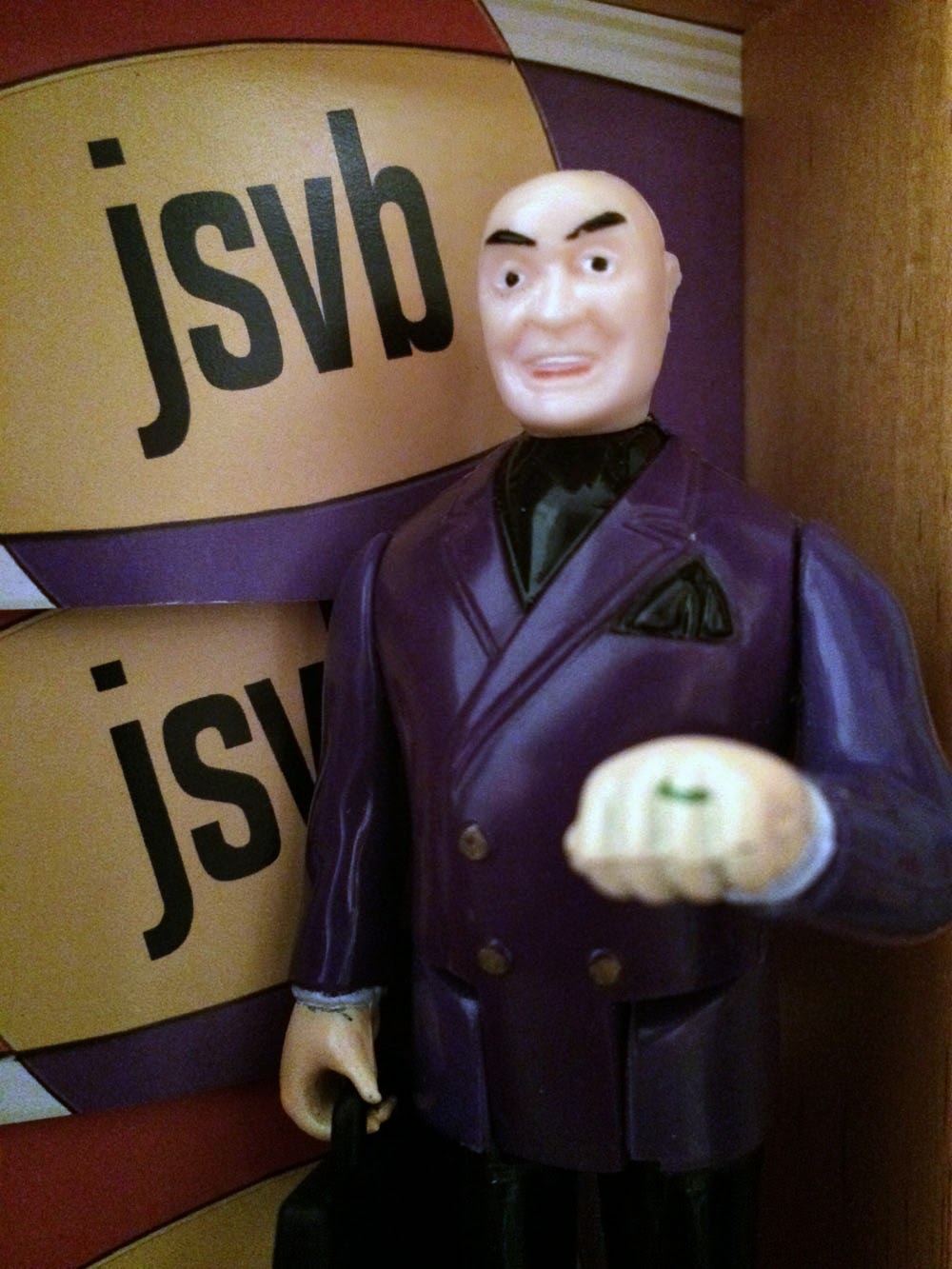 Some time ago Jeff asked me if I could send him some photos of my Lex Luthor action figure so that he could paint a Number 25 action figure. Jeff's work turned out great, but I felt bad that my reference model was missing an arm. So when Sean and I stumbled upon an old but whole Luthor for a mere $10, I had to snap it up. For future reference, then, here is a two-armed Lex Luthor figure from the Super Powers line. Here he poses malevolently, brandishing his Kryptonite ring, in front of some JSVB calling cards, mostly because the colours match and this is a Jeff-related post. Comic book maxi-series have thrived on thinner plots!
Posted by Earl J. Woods at 6:55 pm

I am very pleased that Lex got re-booted, and with his arm ready for action. I did see the same figure for under $4.00 on Amazon, but you did very well to restore Mr. Luthor to his former greatness.

One reviewer on Amazon is hilarious with his analysis of the figure. He justifies the bizarre facial expression as part of the Superman canon. He explains that Lex's greatest strength, the awesome Kryptonite Punch is merely green paint and that Lex without fail hits himself in the head on every swing. Which makes him all the more appealing, I mean really, don't we all have days like that? He can smile, though, boy can he ever smile. Besides, Lex Luthor never punched Superman with his bare fists, not as far as I know, nor would I recommend a fist punch as the most effective means of defeating the Man Of Steel.

Also mentioned is Lex's mysterious briefcase, which cannot be opened. Presumably, only Luthor himself can open it, certainly not any kid or collector that happens to buy it. And Lex's gun, since Superman is weak against bullets. No, wait, that's not right, Supes is completely bulletproof. He even gets shot in the eye and doesn't even take a scratch. So Lex gets a gun, for what? I guess he could try using it on Picard or Kirk. Good luck with that, Lex.

Lex looks like someone left him hanging on a "Punch it in" request. I'd turn evil over that too.