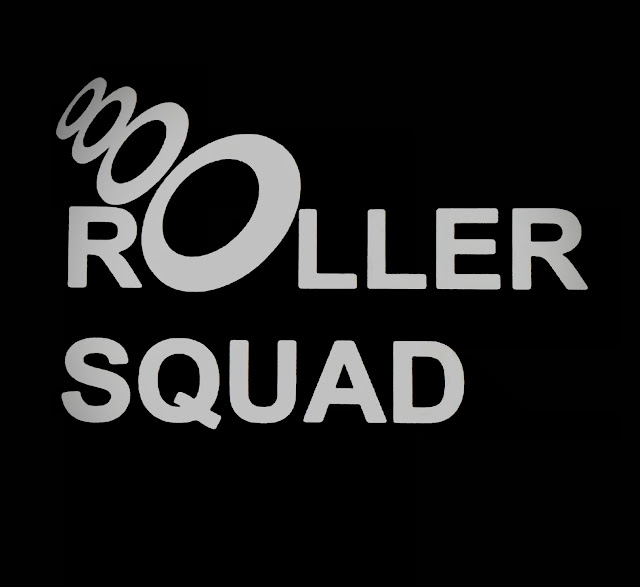 Four London housemates are roller skaters, and all of their friends are roller skaters. In fact, judging by what we see in this film, everyone in London roller skates, cycles, or uses scooters. There are vehicles in the streets, but we only see them moving during a couple of stop-motion night montages to show the passage of time.

In this strange (but presumably healthier) alternate reality, a rogue roller skater is killing other roller skaters, all while killer and victim are roller skating. The four housemates know all of the victims personally, and indeed one, redheaded hacker Hugh, is a direct witness to the killing of a roller skater friend and captures part of the killing on out-of-focus video. But the police seem at first uninterested in the crime spree, and then, when presented with evidence that points to a revenge killing motive (the killer was prevented from robbing a convenience store by do-gooder roller skaters), they claim outright that the killer is "too fast" for them, even though the police, presumably, have vehicles. Maybe they can only use them during montages.

At first the housemates' hunt for the killer is ad hoc and disorganized. A skater spots the killer and calls the housemates (because everyone seems to know everyone) and gives chase, only to give up when the killer flashes a knife--a realistic, if unintentionally hilarious, outcome.

At one point, a young woman is roller skating through a graveyard. The killer, also on roller skates as always, stalks her. Tension builds as she tries to skate out of range of the creepy killer. She skates right into a friend of hers (also on roller skates) and yells "You scared me!" The killer skates away. What a missed opportunity for the potential victim to say "I feel like someone just roller skated over my
grave . . ."

Eventually there's another montage as the housemates call in all of their many, many roller skating pals to form a (never formally named) Roller Squad. Hugh uses his hacking skills and London's surveillance cameras to create a tracking system designed to lead Roller Squad members to the killer.

All of this is played completely straight, and the actors give it their all being entirely earnest about this ludicrous scenario. In fact, the film is at its worst when it actively tries to be funny, with lame jokes about misplaced recycling and "Can you say that in English?" complaints about technobabble.

Interestingly, all of the murders are pantomimed and bloodless, a strange artistic choice. Surely blood bags aren't that expensive, are they?

There's a romantic subplot involving Sophie, one of the housemates, and Leo, a skater who happens to be the only one potentially fast enough to catch the killer, but it's utterly superfluous, with dramatic developments that come out of nowhere and distract from the film's main story.

The dramatic crosswalk finale is utter madness. Armed only with a mop, frying pan, and roller skates worn on the hands like boxing gloves, three of the housemates await the arrival of the killer, being herded toward them by Leo. But fate steps in at the last second, and one of the only moving vehicles in the film runs over the killer as he skates out of a blind alley. Is this some kind of attempt at dramatic irony? I guess it must be, but the point seems to have skated right over my head.

All that said, the performances are decent if utilitarian, and the direction, editing, and cinematography competent if pedestrian. For a low-budget movie of the sort you'd find going direct-to-VHS in the 80s, production quality is actually pretty decent.

I think the film could have been just a bit stranger, and a bit more worthwhile, had the creators taken the trouble to edit out or reshoot the few scenes where you can see people walking or using vehicles. That would have made the film feel like some kind of strange art-nouveau science fiction piece instead of, well, something thrown together by some friends with screenwriting software and an iPhone.

In other words, it can't compare to seminal roller skating films such as Roller Blade Seven or its sequels and remakes, but it manages to barely skate by as a way to pass the time for 90 minutes or so.