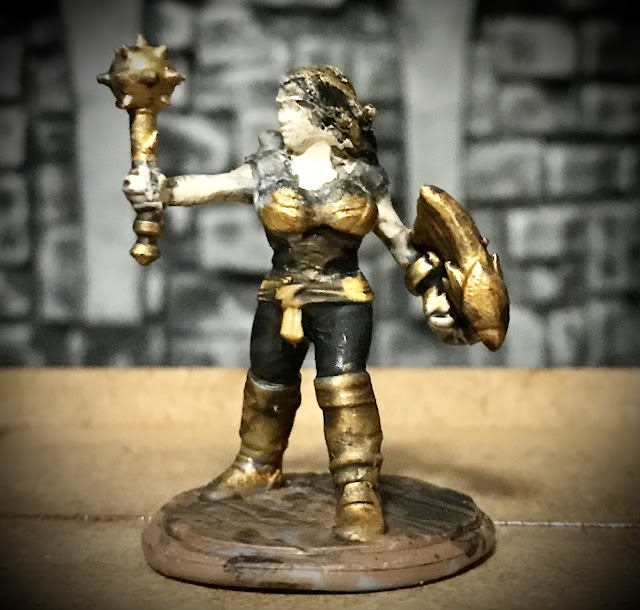 Here's another miniature designed by me on HeroForge, 3D-printed by Jeff, and then painted by me. This is Sirona, my current character in the other biweekly Dungeons and Dragons game I participate in. I originally started out as a huge, muscular barbarian, but he was killed in an ambush very early on in the game, helping to save the town of Greenest from dragon cultists. So I chose Sirona, a Greenest native and cleric of the goddess Chauntea. 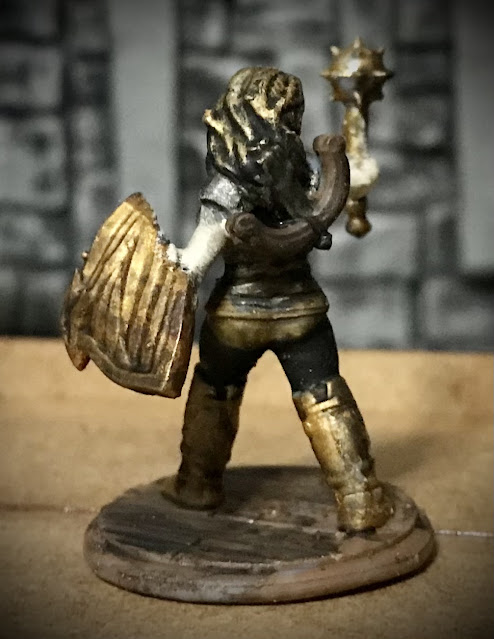 Chauntia is a goddess of agriculture, so I painted her cleric in tones of gold and earth to represent soil and grain.
Posted by Earl J. Woods at 5:27 pm

I love the rationale behind the colour choice.

So do the Hamilton Tigercats!