Keeping in Touch with Your Enemies 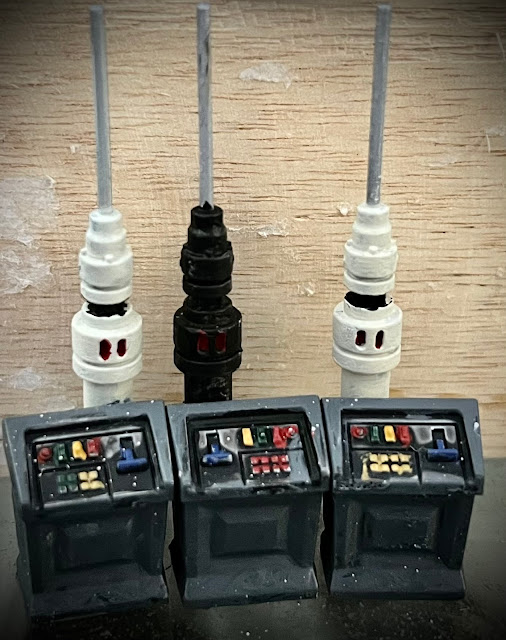 I picked up some Star Wars scatter terrain a little while ago, and the package include these three communications stations. As you can see, I painted two white and one black to represent the Rebel Alliance and the Galactic Empire, respectively. These little models are rife with teeny weeny details to which I applied my finest (in terms of teeny-weenyness) brush. 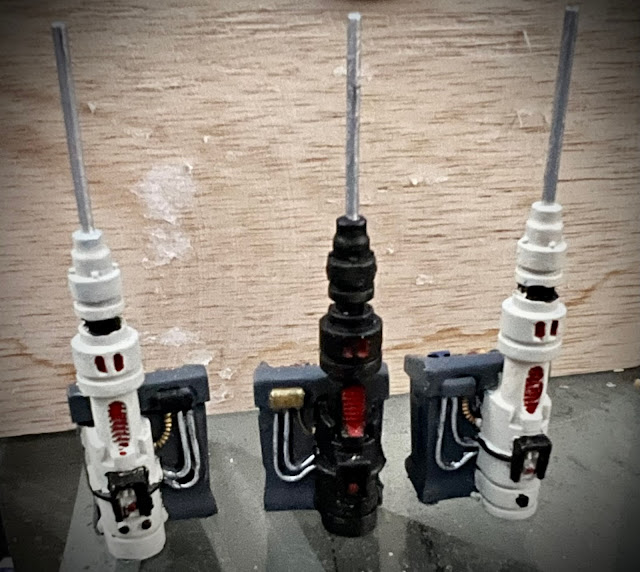 These look all right, but I think they'd have more realism if I were only brave enough to add some texture or weathering. I'll leave them for now, but maybe I can improve on them when I have more confidence and better ideas.
Painting these made me sorry we never saw any high-level diplomacy between the leaders of the Empire and the Rebellion. In the real world, even implacable enemies communicate through special channels for a number of reasons, including attempts to de-escalate or set rules of engagement, issuing ultimatums, metaphorically drawing lines in the sand, demanding or offering surrender, setting terms for said surrender, and so on and so forth. I think it would have been neat to see the diplomatic corps of the two factions at work, even just for a scene or two to establish the stakes or the scope of the conflict.
Posted by Earl J. Woods at 6:44 pm

Don't... don't make me draw out diplomatic negotiations. I see where you are coming from, but Vader is really hard to draw and so are embassies. That's likely the only reason Vader's castle has no furniture.

Don't worry, I'll save the diplomatic stuff for Where No Superman Has Gone Before.