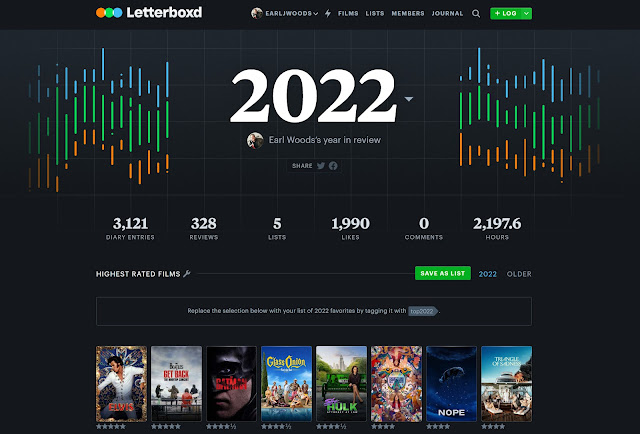 To my horror, I watched even more movies in 2022 than I did in 2021. However, an even greater proportion of the films I watched were shorts, which reduced my actual time devoted to screening movies. Progress? 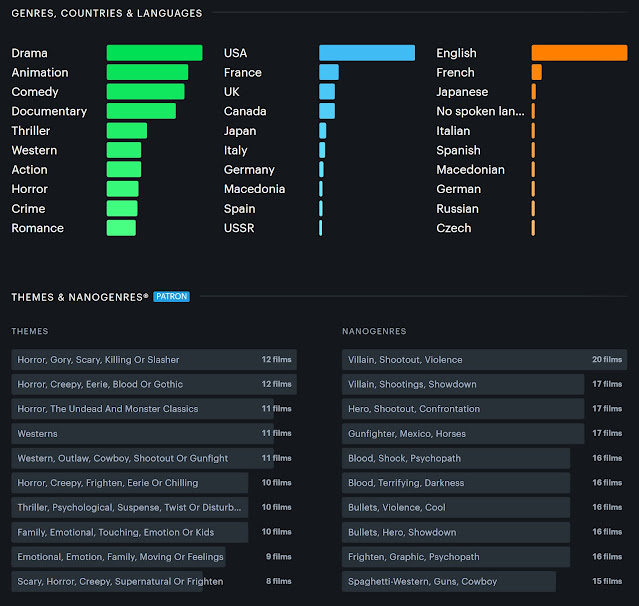 Here's the breakdown of what kind of movies I watched and where they were produced, along with the new Themes and Nanogenres features Letterboxd introduced last year. 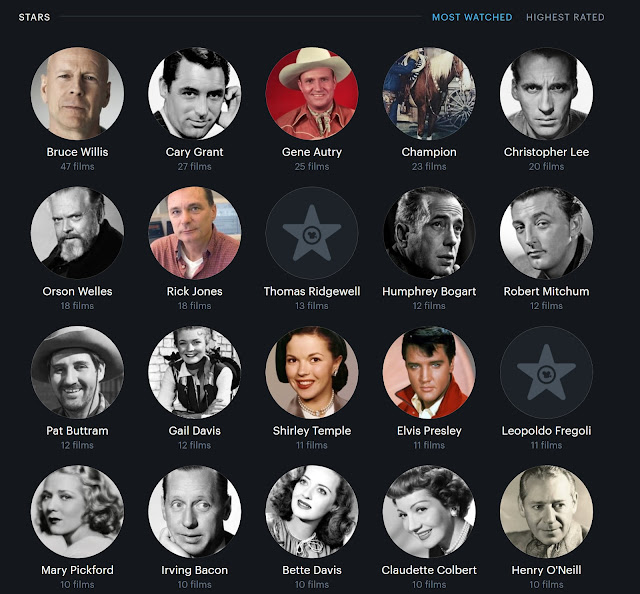 Bruce Willis was in some great films, and a lot of terrible films. OCD is a terrible thing. Thankfully, Cary Grant's filmography has a much greater percentage of good-to-great films than Willis'. Oddly enough, I actually started and ended 2022 with a Cary Grant-starring film.

I find it amusing that my fourth-ranked star of the year turned out to be Gene Autry's horse.

I can now say with authority that most (but not all!) of Elvis' films were terrible. Interesting time capsules, but terrible. 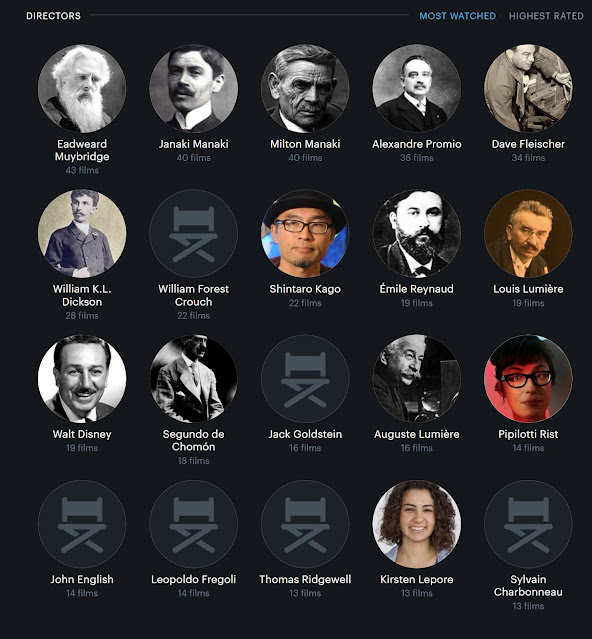 This might be the last year that you'll see such a preponderance of 19th-century directors on this list. Simply put, I've now watched over 60 percent of films made in the 1800s, and those remaining either aren't online (or they've simply eluded my searches) or they've been lost.

Of the films I screened this year, here are a few words about some of my favourites:
Close-Up (Abbas Kiarosami, 1990)
Is Close-Up a documentary or drama? It's hard to say, because not only is it based on real-life events, all of the roles are played by the actual people involved in those events. And somewhat amazingly, they're all excellent, from the cab drivers to the lawyers, judges, criminals, and victims. Of course they're authentic and know their parts, since they've already lived through the events shown in the film, but they also hit their marks and deliver their lines with confidence and feeling. (That being said, they're speaking Farsi, so I could be missing something.) More than just an unusual gimmick, choosing this methodology creates a picture that upends our notions of identity, art, relationships, and reality itself. It's on the Criterion Channel, so if you're a subscriber, don't miss it.

Elvis (Baz Luhrmann, 2022)
Another big, brash, colourful Baz Luhrmann blockbuster, the sort of movie I try to be skeptical about but winds up sucking me into its world anyway. Shamelessly manipulative (like all films, but more so), Luhrmann and Austin Butler, who is incredible as a multilayered King, make you wish the world was more like Elvis saw it--as a place where race didn't matter, only the music mattered. Was Elvis really as inclusive and colour-blind in real life as he's portrayed in this movie? Maybe not; probably not. But it's a beautiful thought anyway.

Crumb (Terry Zwigoff, 1994)
Robert Crumb seems to me a genius, but wow, he has issues with women, and he must have been really hard to live with. If you're interested in art, comic books, and the counterculture, this is a must-see documentary. It's chock full of laughs, but also filled to the brim with moments that will have you cringing. A difficult but educational watch.

A Woman Under the Influence (John Cassavetes, 1974)
I finally got around to watching some Cassavetes pretty late in life, and so far A Woman Under the Influence is my favourite. Gena Rowlands is an incredible force as Mabel Longhetti, a vibrant, complex person suffering from mental illness who just isn't having her needs met by anyone in her life, not even her genuinely loving but frustrated and somewhat clueless husband, played by Peter Falk in certainly the best role I've ever seen him in. It's a sad and beautiful film.

The French Dispatch (Wes Anderson, 2021)
Anderson's eye for beauty in both the physical and emotional landscapes shines through in a warm, wondrous tribute to the people who tell our stories, large and small. The French Dispatch joins a very small number of films that I would describe as perfect--perfect in that they deliver a profound intellectual or emotional experience, and perfect in that I wouldn't change a single element.
Streetwise (Martin Bell, 1984)
Documentarian Martin Bell briefly documents the ramshackle existence of a group of homeless teenagers living on the streets of Seattle. These kids display heartbreaking toughness to mask deep vulnerability and longing, and one can't help but wonder how they turned out, and how much worse things are for the homeless today.

Paris, Texas (Wim Wenders, 1984)
I don't run into films I describe as perfect (see above for my definition) very often, but in 2022 I was lucky enough to see two: The French Dispatch, and Paris, Texas. Every aspect of this tightly-knit family drama is meticulously crafted--performance, direction, lighting, cinematography, screenplay, just...everything...is letter-perfect, and on top of all that the story itself is one of the most emotionally fraught I've ever experienced. And it is utterly lovely. Words fail me.

Come and See (Elem Klimov, 1985)
Everything about this film is a paralyzing litany of horror, but Aleksei Kravchenko's performance as poor traumatized Flyora somehow captures all the pain and agony of the millions who suffered through the greatest tragedy in human history. His face is both young and old in the same moment, a visage twisted by shock. But he remains human to the last; he marches on, not like a machine, but like a man - heavily burdened, but somehow, impossibly, alive, aware, and ready to endure even more. Bleak as this film is, Flyora's resilience is testament to the human spirit; it's the spirit of the rainbow that swept across Glasha early in the film, a small miracle emerging out of nowhere like a benediction.
Posted by Earl J. Woods at 11:30 pm