Nothing Lasts Forever: Books I Read in 2022 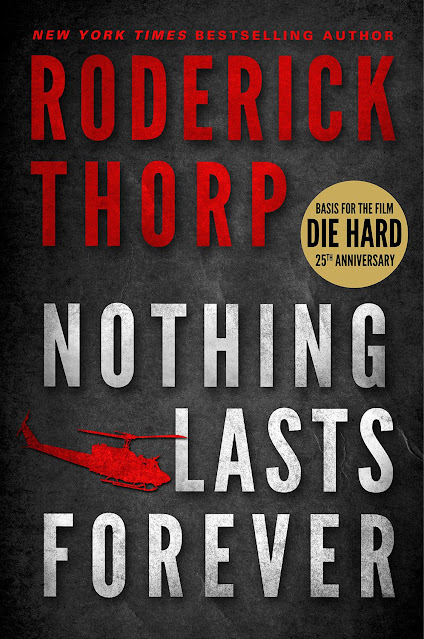 Note: Blogger glitched at the wrong moment and erased most of yesterday’s original post, so I’ve reconstructed it from what little remained plus whatever my frazzled brain can remember of what I wrote. Because this post was supposed to come out yesterday, there are a couple of temporal references that don’t make sense.

In 2022 I read a paltry 61 books, a performance only slightly better than last year's all-time low. As with last year, the stresses contemplating existential threats to civilization hampered my ability to focus on reading and blunted my enjoyment of reading for pleasure's sake. I spent far too much time doomscrolling, which in all likelihood represented the majority of my reading this year.

Parity between men and women authors slipped away from me this year, and once again I avoided much of the new and retreated into familiarity. About a third of the books I read this year--23 out of 61--were rereads, including most of Michael P. Kube McDowell's output, several favourites by Lois McMaster Bujold, a handful by Nancy Kress and H.G. Wells, and a few old (and new) novels by Stephen King.

Science fiction dominated my reading as I sought escape from these times, defeating my ongoing efforts to read more mainstream and literary works. Once I had dreams of reading everything in the western canon; now, not so much. As I get older, I’m finding that, more and more, my reach exceeds my grasp. See? Hoary metaphors, the last resort of the lazy and uninspired.

I didn’t read much nonfiction this year, aside from matters related to pop culture. I feel bad about that, because I used to read serious, long-format non-fiction as a matter of course, feeling it part of my duty as a citizen to be well-informed. For now, it’s too much for me.

Roderick Thorp's 1979 detective thriller Nothing Lasts Forever was one of my favourite surprises of the year. Nothing Lasts Forever is most famous for serving as the story for the 1988 action film Die Hard, and while Die Hard is one of the best examples of the form, the original novel, in my view, has it beat. Nothing Lasts Forever has all the suspense and thrills of the movie, and if you've seen the movie you already know the plot (with a few key differences in character motivations, backgrounds, and relationships. But the novel's great strengths include considerable emotional heft and a poetic cynicism that actually hurts to read--in a good way. Joe Leland is an ex-fighter pilot and detective, and while he does battle with the terrorists that take over the Klaxon Oil building, we dive deep into Joe's current terror and rage and explore the personal traumas that brought him to this point. There's no “yippee-kai-yay” here, just a bruised, broken human being trying to salvage a little bit of happiness for what's left of his life.

As an aside, I'm currently reading Roderick Thorp's first novel about Joe Leland, 1966's The Detective. I won't finish it before the clock strikes midnight, so it'll more than likely be the first book I complete in 2023. I'm about a quarter of the way through it, and I'm impressed, so far, by Thorp's handling of Leland's character arc; the younger version of Leland is still a bit cynical, but he's definitely more vital and less ravaged than the man we follow in Nothing Lasts Forever. The Detective, like its sequel, also has a film adaptation: Gordon Douglas' The Detective (1968), starring Frank Sinatra, which I screened earlier this year. Sinatra declined to appear in the film that became Die Hard; on such butterflies does the history of cinema change.

84K, by Claire North, was the novel that depressed me most in 2022. It's a fine novel of a near-future dystopia and one man's effort to find some absolution in a horrible world he helped create, but the problem is North's supercapitalist nightmare is all too plausible; it's a society where corporations run everything and crimes are punished strictly by fines, effectively giving the rich freedom to do whatever they want to whoever they want and shackling everyone else. It took me forever to read this, because I had to keep putting it down in order to retain my mental health.

On the other hand, I loved two recent novels by Naomi Novik: A Deadly Education and The Last Graduate. Both follow the adventures of a group of students working to graduate from a university that teaches magic, but I found Novik's prose, characterization, and worldbuilding considerably stronger than the most famous series based on this trope. (And I enjoyed the Harry Potter books!) Novik really makes you care about her characters, and the jeopardy they face is often horrifying. And yet, these are fun books. I groaned when I reached the cliffhanger ending of The Last Graduate to discover there was, at the time I read it, an as-yet-unpublished third book in the series. As I was writing that last sentence, I checked and I'm thrilled to say the third and final book, The Golden Enclaves, has come out and I just bought it. So that'll probably be the fourth book I read in 2023. (Numbers two and three will be a pair of books Leslie gave me back in August.)

Return to Tomorrow: The Filming of Star Trek: The Motion Picture by Preston Neal Jones is one of the most interesting behind-the-scenes chronicles of the filmmaking process I've ever read. Though published in 2014, the personal anecdotes that make up the bulk of this huge tome were captured by the author way back in the late 1970s, during the film's famously tumultuous production.

I read another notable Star Trek-related work of non-fiction this year: 2021’s Star Trek: Designing the Final Frontier, by Dan Chavkin and Brian McGuire. Chavkin and McGuire cover the efforts of the propmasters, production designers, and other talented artists who sourced and modified the furniture, décor, and other set dressing during the filming of Star Trek back in the 1960s. The book is full of gorgeous behind-the-scenes colour photographs and episode stills, and you’ll even learn a little about design principles and history as you read. I never imagined I’d find this particular topic interesting, but the authors did a great job of explaining how mid-20th century design trends informed and shaped the look of Star Trek’s imaginary future. I’ll never look at the show the same way again.

I took great pleasure in reading Chris Thompson’s Moonbase Alpha Technical Operations Manual, which cleverly serves as an in-universe prop that might have existed on Moonbase Alpha itself; it’s written as a guidebook for new inhabitants of the base, with new material covering the disaster that flung the Moon out of Earth’s orbit in the fall of 1999. The prose elements are crisp, detailed, and meticulously researched, while the graphic design and artwork are really stunning. It’s a gorgeous book, one of the few physical books I bought this year (Designing the Final Frontier being the other notable example).

I loved this book so much that I pre-ordered the special edition of a follow-up work using the same in-universe conceit: the S.H.A.D.O. Technical Operations Manual, also by Thompson, which describes the technical workings of the fictional anti-alien defence organization featured on UFO, the spiritual prequel to Space: 1999. I haven’t read it yet, but you’ll doubtless see my reaction to it next December 31.

And finally, in 2022 the two gentlemen who write pseudonymously as James S.A. Corey wrapped up their long-running SF series, The Expanse, with Leviathan Falls. This series pleasantly surprised me from book one, and this series finale is fitting, logical, and bittersweet—a great sendoff for a world and characters I’ve come to really enjoy. It was a series with grand SF ideas and, more importantly, flawed but authentic heroes who were trying to do the right thing in a universe filled with terrible choices.

Tie-in fiction is a crap shoot at the best of times, but Pocket Books’ recently wrapped up the long-running Star Trek “litverse” because new shows such as Picard and Discovery wrecked the continuity established by the last couple of decades of novels Trek novels. Pocket wrapped things up with a messy, violent not-very-Trek-like trilogy that saw the novelized versions of 90s-era Trek characters sacrifice themselves to prevent a temporal anomaly or some other such nonsense to prevent the destruction of the universe, resetting continuity to allow for more tie-in novels that can take advantage of the new shows. Nonsense, but not a great loss; out of hundreds of novels published, there are maybe two dozen of legitimate quality beyond breezy entertainment.

Normally I enjoy Philip Pullman’s work, but I didn’t get much out of Serpentine (a His Dark Materials tie-in), The White Mercedes, or The Broken Bridge. None of these books were bad, but they just didn’t engage me as much as some of his other work. In this case, I suspect the problem is me, not Pullman. He’s a gifted guy.

Because I’d read Nothing Lasts Forever, I figured I may as well read Walter Wager’s 58 Minutes, the inspiration for Die Hard 2. Surprise: 58 Minutes is a better book than Die Hard 2 is a movie, but the decline in quality from Thorp to Wager is pretty much parallel to the decline in quality from Die Hard to its first sequel. Not that Thorp and Wager have anything to do with each other; they just happen to each have written novels turned into movies from the same series. 58 Minutes is engaging for what it is—a high-stakes thriller—but it doesn’t have any of Thorp’s nuance or gift for in-depth character study.

That’s it for my commentary—here’s what my year in reading looked like, in order of books completed. Scroll to the end for one final thought and a couple of links.

September: 3
To Everything That Might Have Been: The Lost Universe of Space: 1999 (Robert E. Wood, David Hirsch, and Christopher Penfold, 2022)
Fairy Tale (Stephen King, 2022)
Star Trek: Designing the Final Frontier (Dan Chavkin and Brian McGuire, 2021)

That is the year that was for Earl J. Woods and his shrinking library. Nothing lasts forever, truly.

Please note that I made several attempts to set book and movie titles in bold, but Blogger liked me only a little better today than it did yesterday. Sorry about that...

Funny...(although actually quite in keeping with our disparate personalities:-) ) my reading is way up for the same reason yours is way down.

It was the year for finishing series though. I was pretty trepidatious about book 3 of Scholomance since the school itself was my favourite character but Novik managed to bring me around...hopefully you'll enjoy it too.