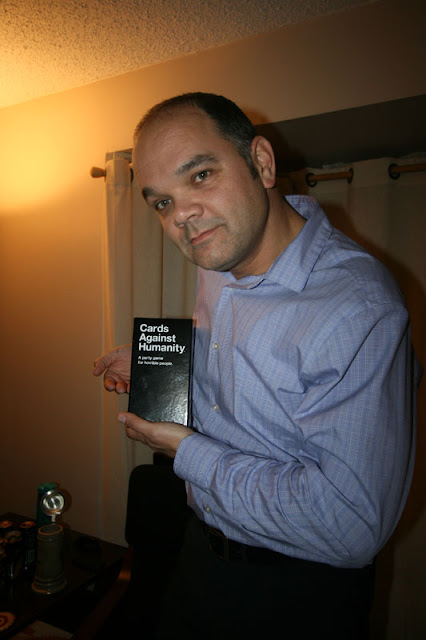 Gaming & Guinness traditionally opens on a Wednesday night, usually before the out-of-towners have arrived. It's a night to share news and break out casual games like Cards Against Humanity, a quick-paced word game that works a lot like Apples to Apples - only with saucier cards. Jeff's keen insight into human nature gave him the victory in G&G VIII's opening battle of wits and wisdom. 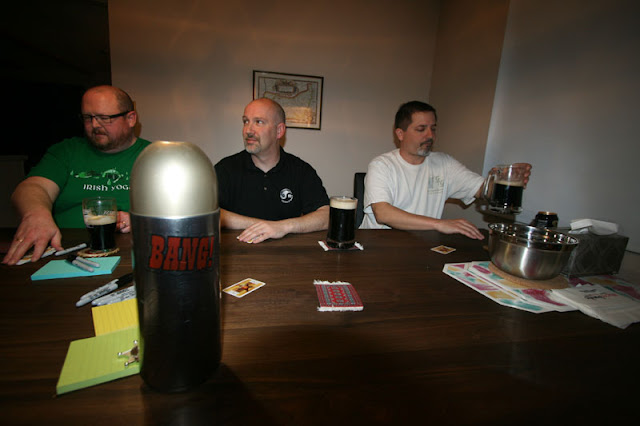 BANG! returned this year for opening night. The game uses cards to simulate an Old West gunfight: outlaws versus deputies, with a renegade in the mix. Only the sheriff - Jeff, this time around - is identified. Player actions reveal which players are good and which evil - at least theoretically. Deception is also an important part of the game. 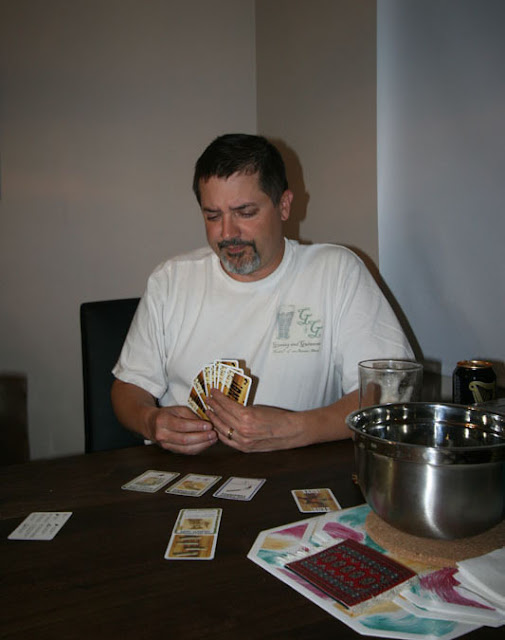 Players have to be pretty crafty to hide their true motives. Shooting at the sheriff generally reveals that you're an outlaw or the renegade, but it's also possible that a deputy could open fire on the sheriff just to throw everyone off. This is a pretty risky strategy, though. 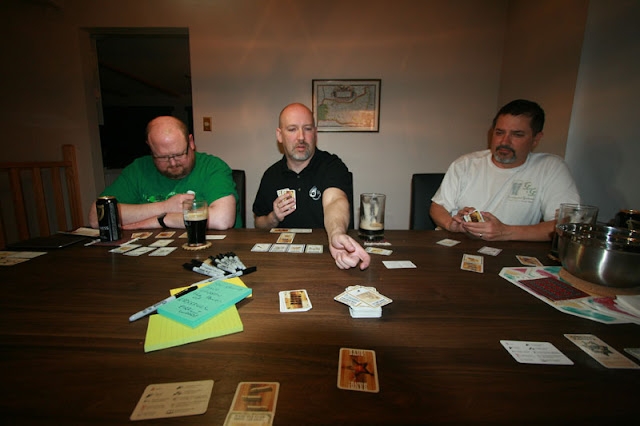 Cards like "general store" give players the opportunity to buy weapons or equipment, and each player character has special attributes that if used wisely can provide the edge needed for victory - or at least survival. 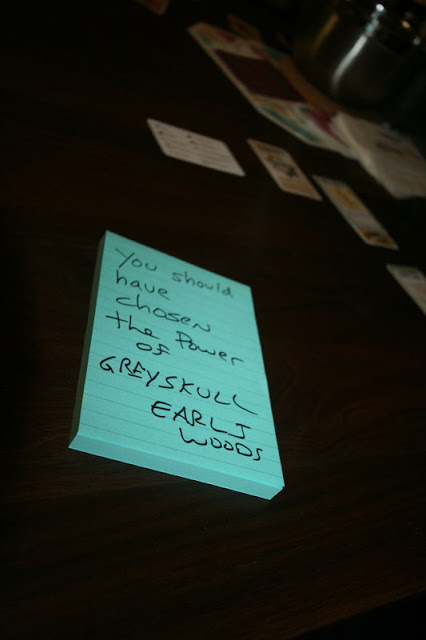 I was a member of the outlaw gang that gunned down the sheriff, sending poor Jeff to Boot Hill. One of my witty rejoinders was captured on this notepad - another G&G tradition. Some of the boys' notes feature rather ribald humour, so this is the only one you'll see here at The Earliad. 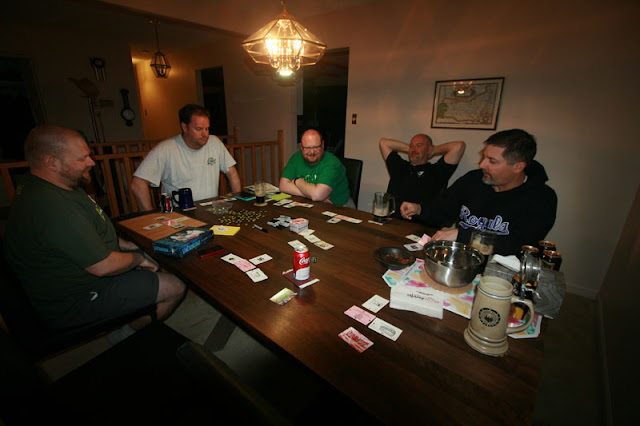 Day One wound into the early hours of Day Two with a round of Illuminati, the game pitting shadowy secret societies against each other for world domination.

I drew the fearsome Society of Assassins. Only by subverting, conquering or destroying other secret and not-so-secret organizations (e.g. the Boy Sprouts, Society for Creative Anarchism, etc.) could I hope to become civilization's puppet master. Alas, the hour grew late and I had limo duty bright and early so I withdrew. Mike Totman's flying saucer aliens eventually conquered Earth in the wee hours of the morning.
Posted by Earl J. Woods at 4:45 pm

I think it is important to note that Jeff started out trailing the pack in Cards Against Humanity, making this en example of the coveted "come from behind"* victory.