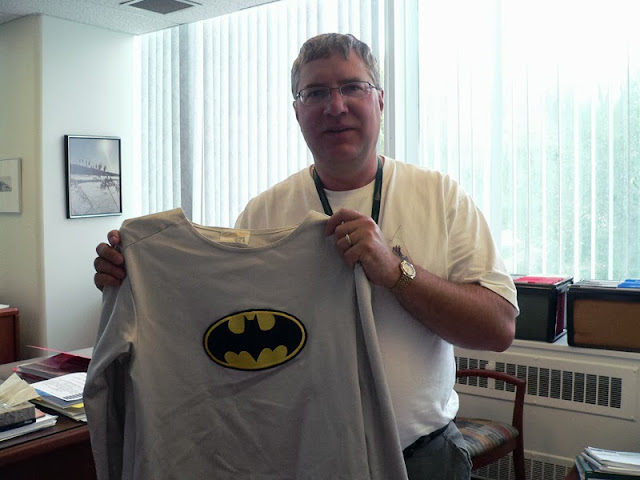 This morning former Edmonton-Rutherford MLA Rick Miller - also a former boss of mine, a loving husband and father, and a good friend to Sylvia and me - lost his battle with cancer. He was a hero in many ways. 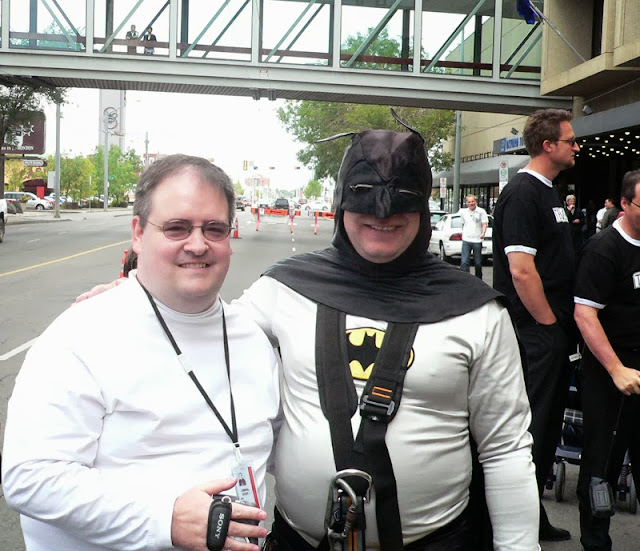 Shortly after I started working at the Alberta Liberal Caucus in 2006 - then Alberta's Official Opposition - Rick rappelled down the side of the Sutton Place Hotel in a Batman costume to raise money for charity. This was the sort of thing he did. As an MLA and the Official Opposition Finance Critic, Rick was always incredibly busy, but he made time to help not only his constituents and his caucus, but people he'd never meet. 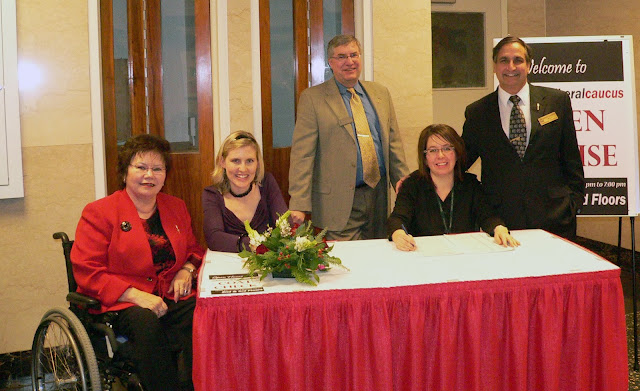 Rick loved being an MLA. You could sense it emanating from every fiber of his being. He loved talking to Albertans on the doorsteps, welcoming them to the Legislature and serving as a voice and an advocate for the vulnerable and disenfranchised. Rick was in politics for the right reasons; it was because of people like him that I was drawn to work for the Alberta Liberals in the first place. 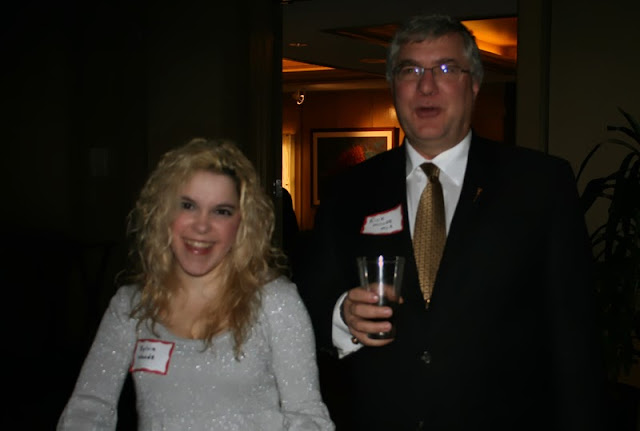 And Rick loved Sylvia, which of course endeared him to me even more. His kindness and respect shone through whenever we were together, whether at political events like open houses or just hanging out at the Legislature Annex. 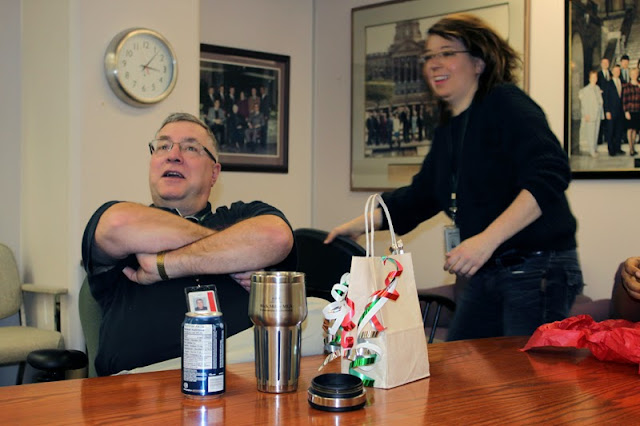 I felt terrible when Rick lost his seat during the 2008 election. But it wasn't long before Rick became the caucus' new Chief of Staff, and he filled that role with the same kindness and consideration as he did as an MLA. He treated the staff like family. 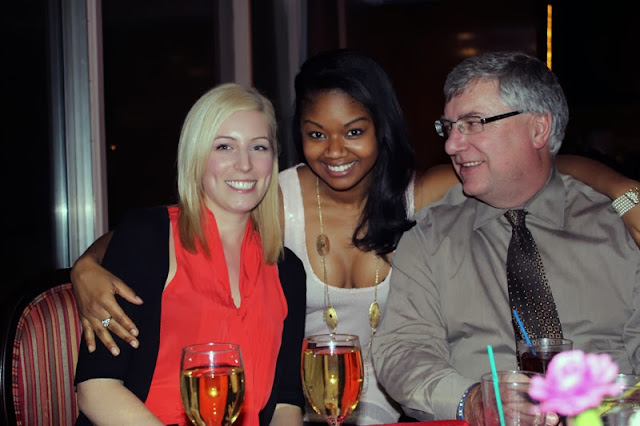 Rick was a lot like your favourite uncle. If it was time to relax and kick back with a beer (metaphorical, in my case), he was a great guy to hang around with. And if trouble was brewing, you wanted him on your side. 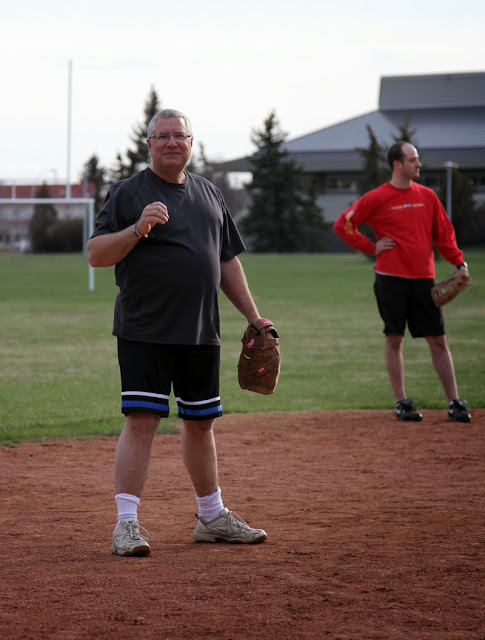 Rick had a rich life beyond politics, too. He loved hang gliding, and had seriously offered to take Sylvia riding tandem with him one day. And although it never happened, I loved Rick for making that offer. She would have been so excited and joyful to be up there with him, soaring in the clouds. 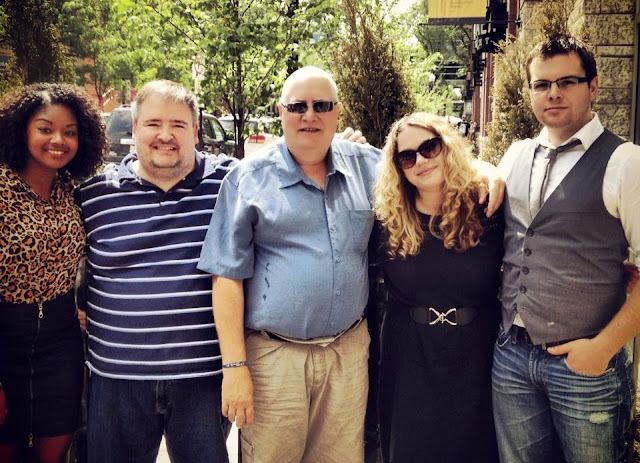 During Rick's illness he made sure to spend as much time as possible with his friends and family. I'm immensely grateful that Sylvia and I had a chance this spring to spend an hour or so with Rick, just enjoying a coffee at Tim Horton's. And thanks to Andrew Fisher, I saw Rick one last time, on May 31, just a couple of days before starting my new job. He looked healthier and happier and I allowed myself to hope for a miracle. 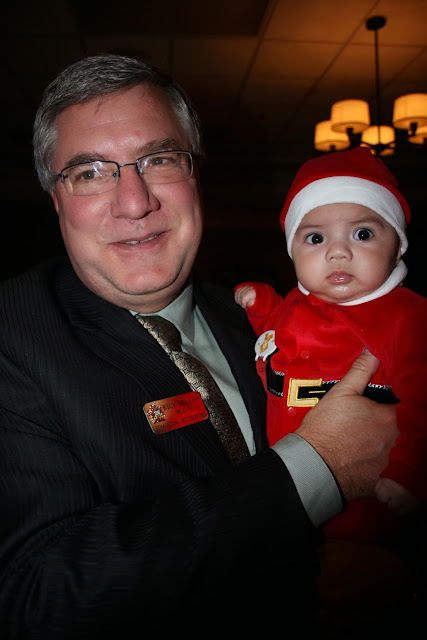 When I left politics in 2012, I was burned out, depressed and cynical. The stress of the job, the frustration of our failures took a toll on me. Rick's passing, and more importantly his life, reminds me that our time on Earth is too short to give in or give up. Rick Miller fought the good fight in the face of personal tragedy and repeated disappointments at the ballot box. More importantly, he took good care of the people he loved - and there was a lot of love in his heart.

Thanks Earl. You nailed it.

What a great tribute.

I remember Rick well from the 2004 election. He was one in a million. I am so sad to learn he has passed away (didn't even know he was ill). What a wonderful tribute Earl.