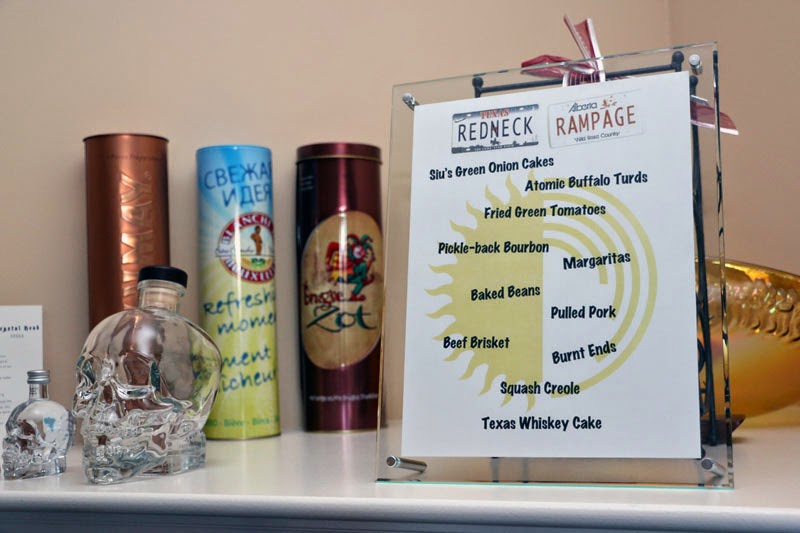 Last night Sylvia and I met with friends at Pete's place for another of his mind-blowing Geekquinox meals. Summer may be behind us, but welcoming fall with a fantastic meal and great companionship softens the blow of cooler weather. This time around, Pete concocted a meat-heavy Redneck Rampage menu. 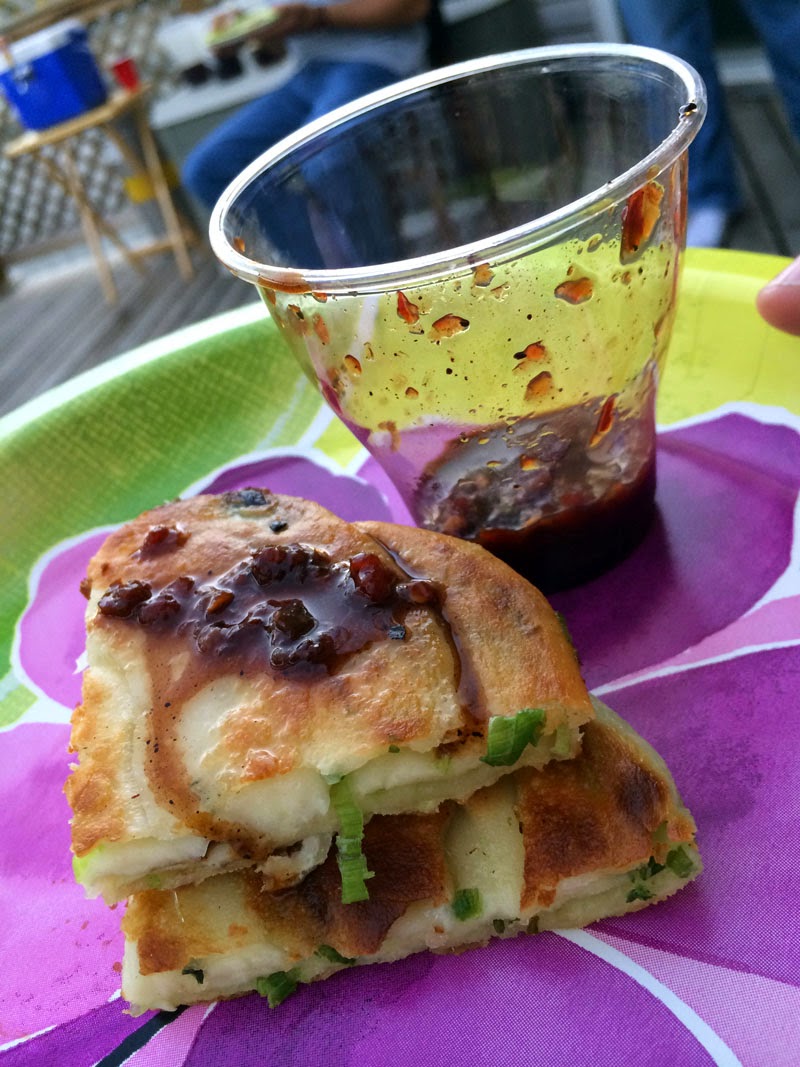 Since the weather was so nice, we started the evening on Pete's patio, enjoying these scrumptious green onion cakes with a sauce made of vinegar and some kind of spicy stuff. 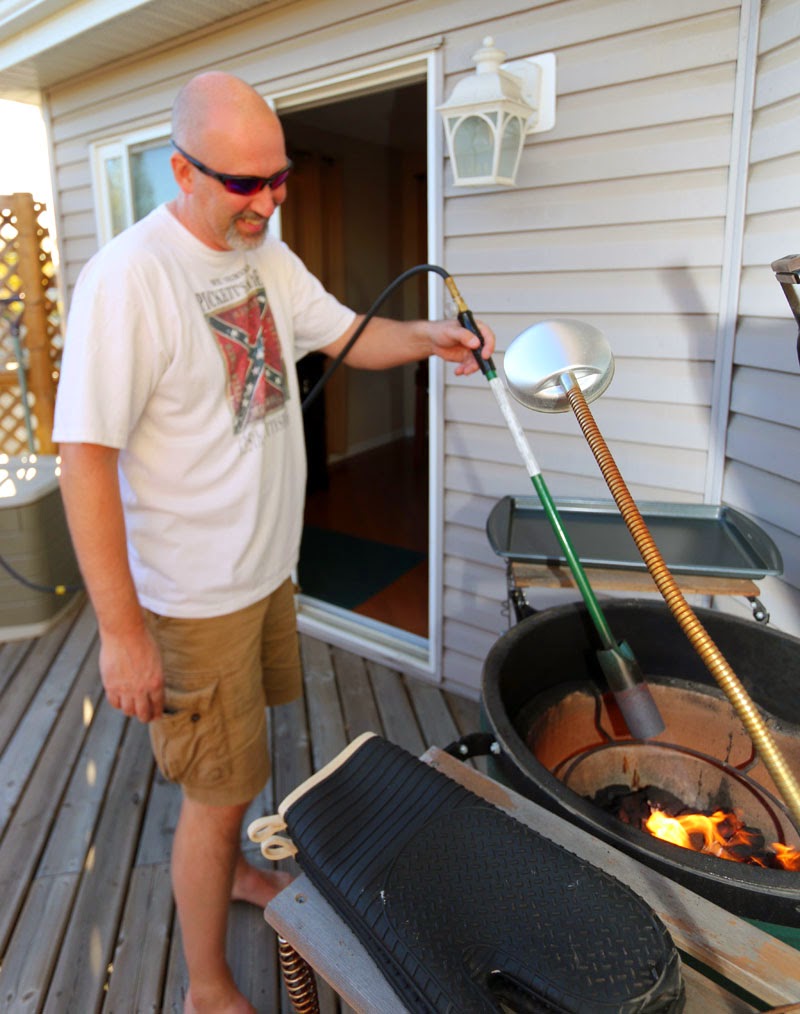 Pete's green egg had been cooking beef brisket for many long hours the night before; here, Pete starts it up again. 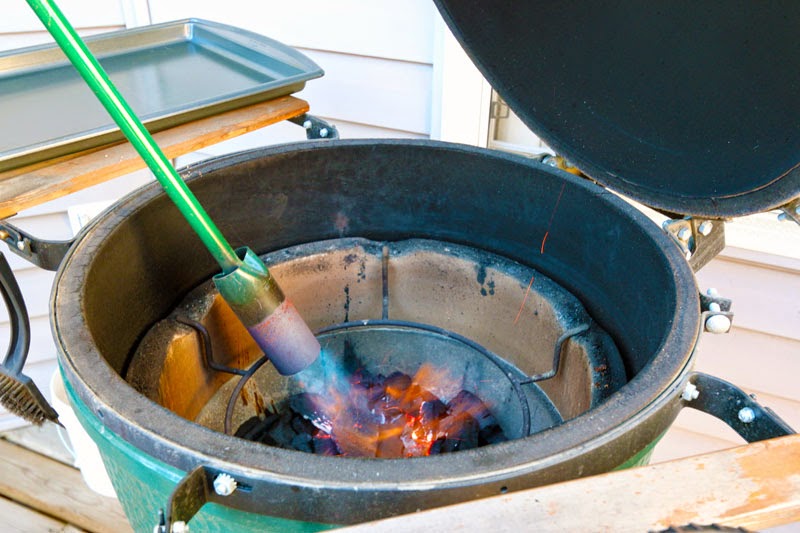 I like that Pete starts it with a blowtorch. 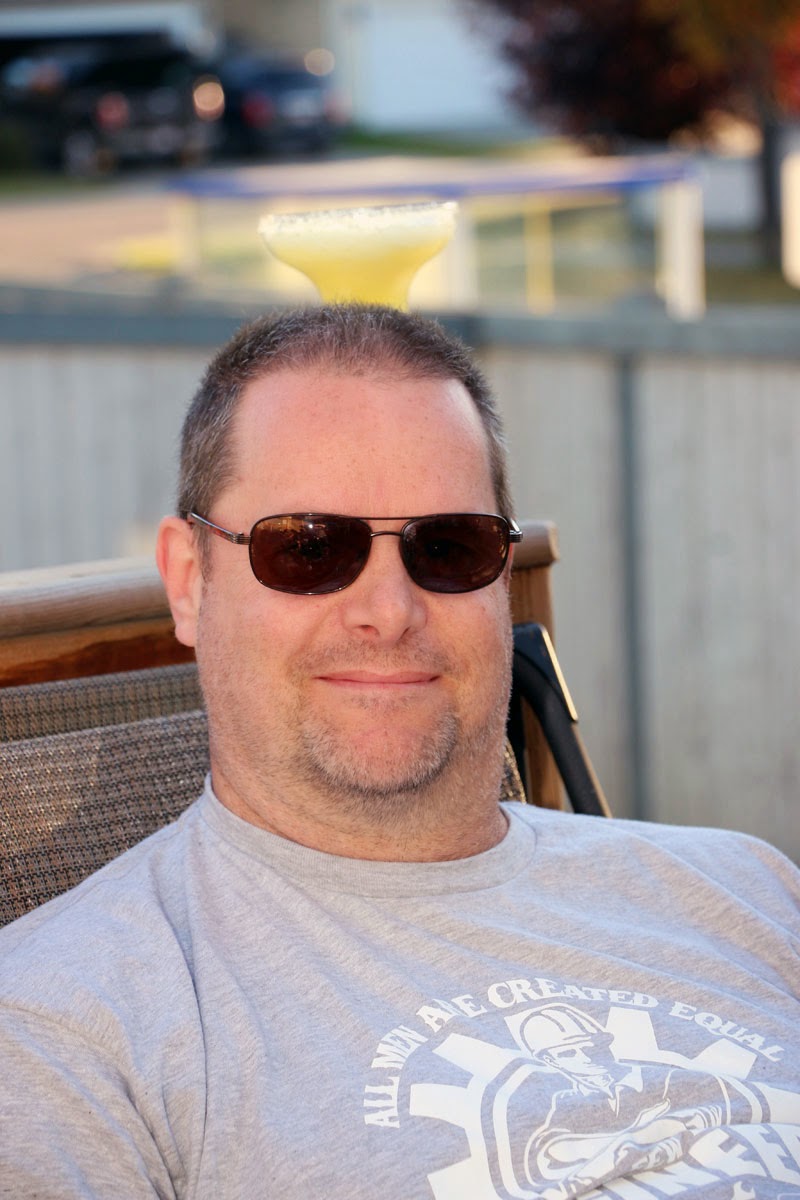 Thanks to the magic of bad composition, it appears as though Mike is wearing one of Ellen's famous lime margaritas as a hat. 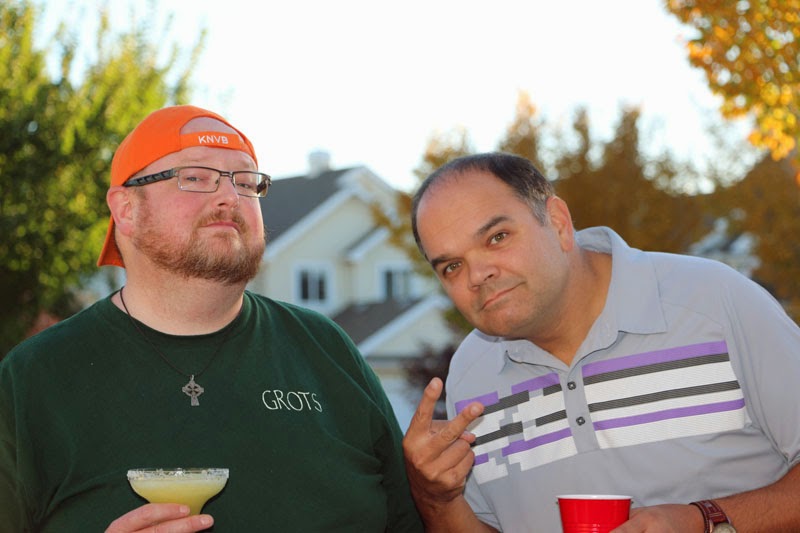 It would be pretty tough to describe any of us as rednecks, but Steve and Jeff attempted to get into the spirit of things. 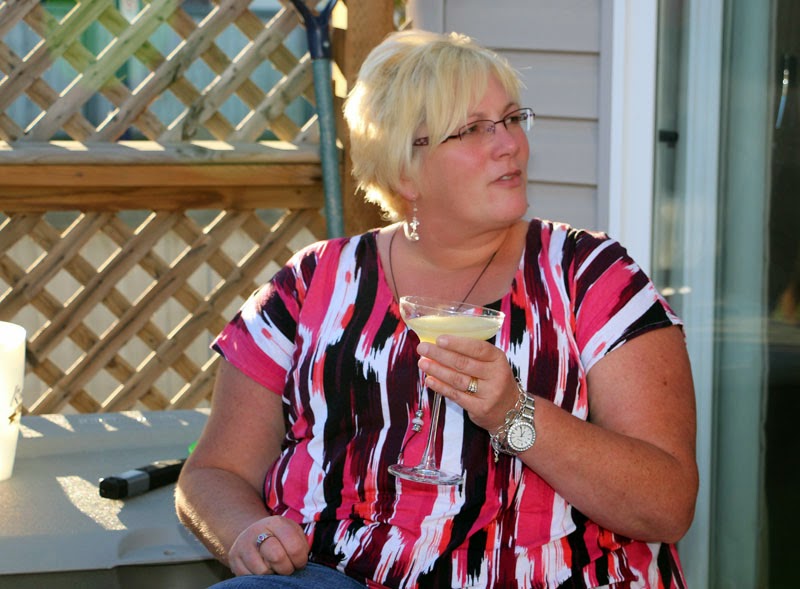 Heather is too elegant to be a redneck, but I did notice she was sporting a new (to me) platinum blonde do. 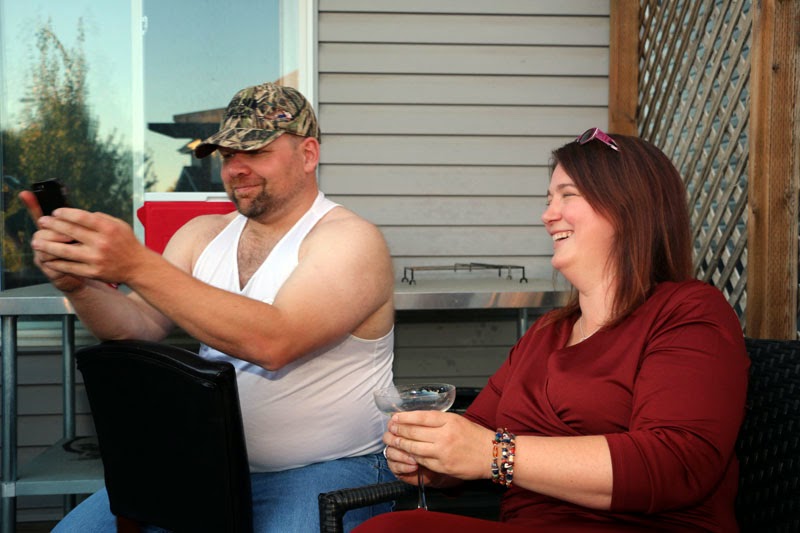 Scott and Margaret were a study in contrasts. 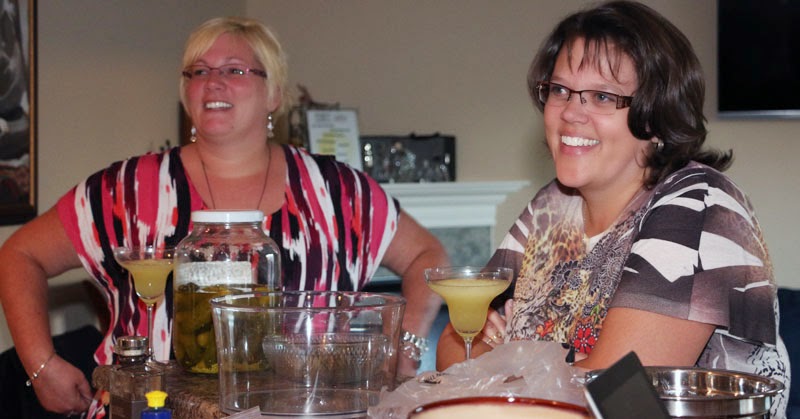 Indoors, Heather and Audrey feasted on pickles and lime margaritas. 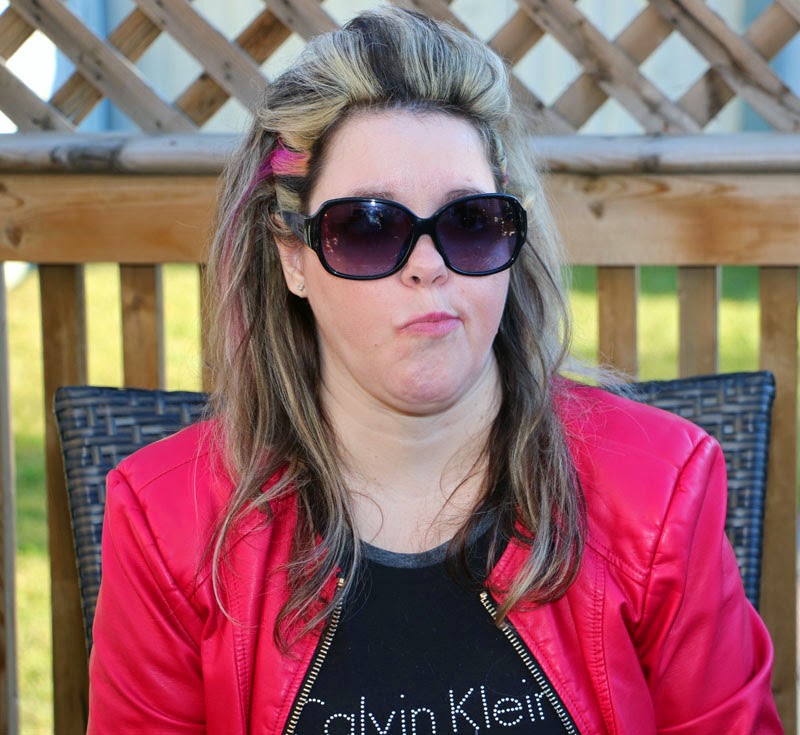 Sylvia came dressed as a Daughter of Anarchy.

Ellen and Scott had the best redneck outfits. 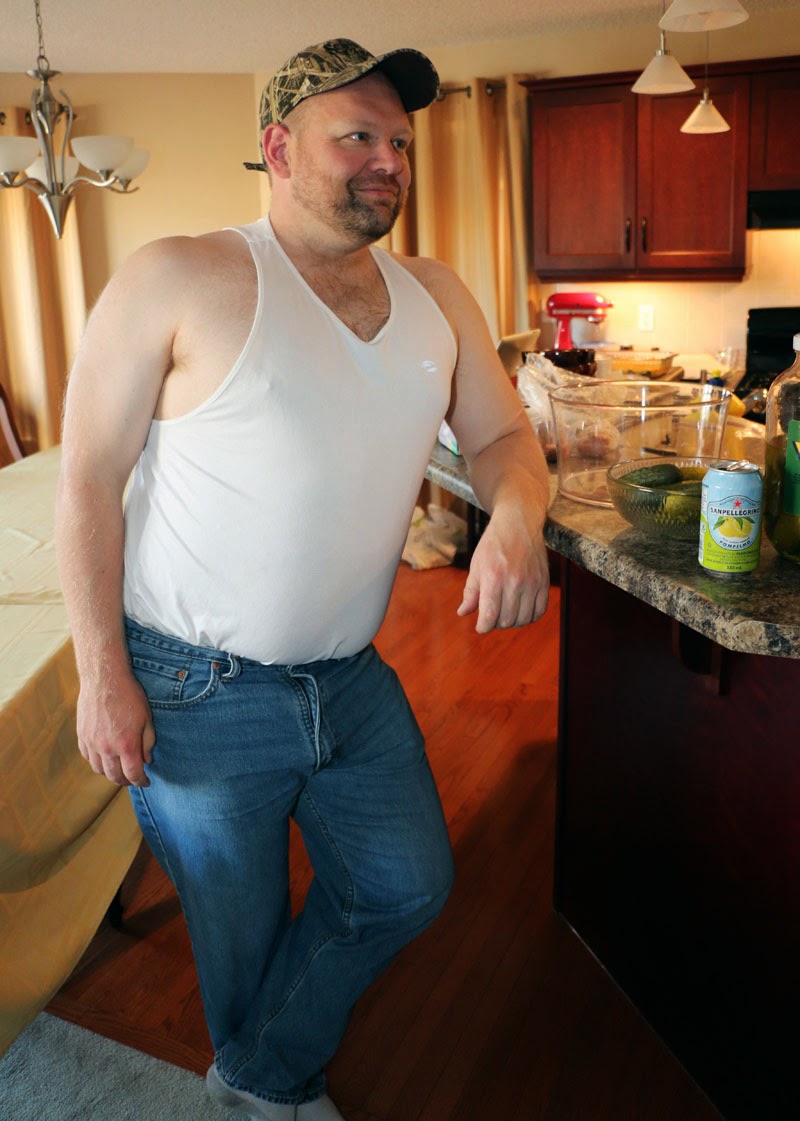 A better look at Scott's costume. 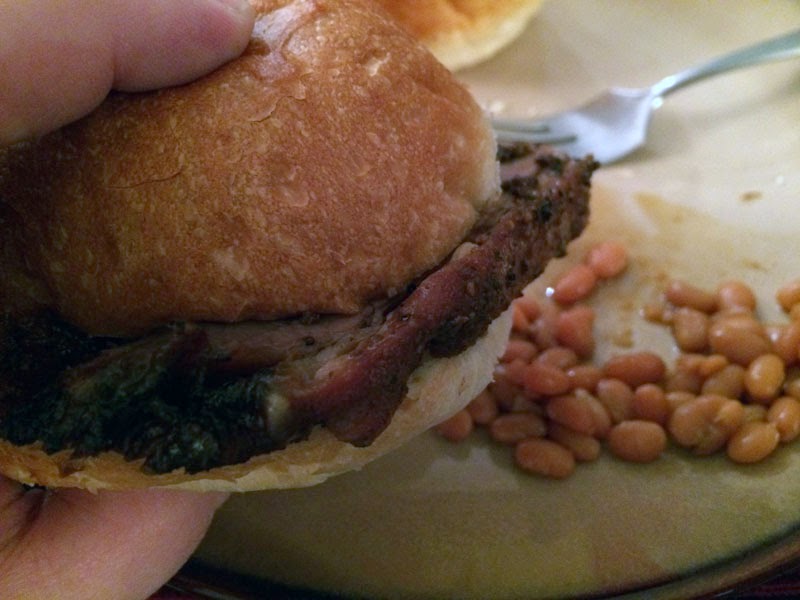 Pete's beef brisket was astounding - incredibly moist and juicy. Ellen's authentic Boston baked beans, cooked in an actual bean pot made for the purpose, were an excellent side. 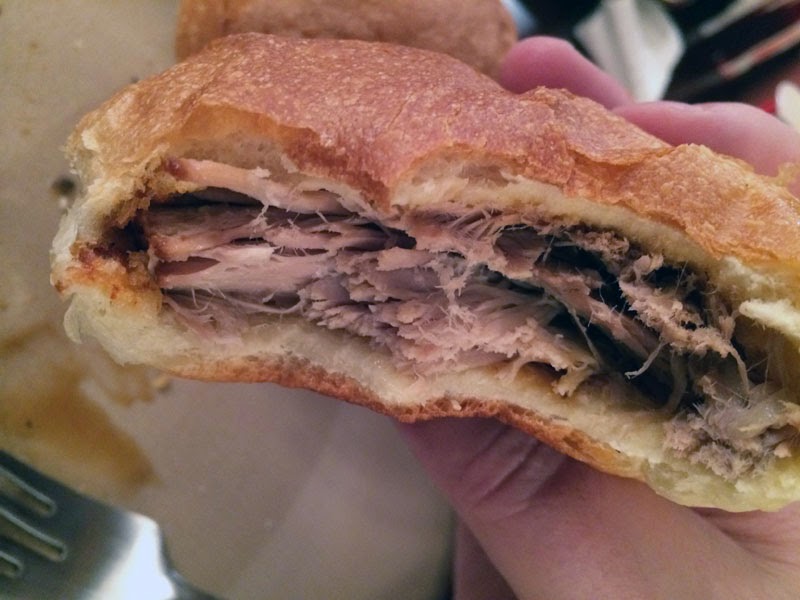 Of course you can never have too much meat at a redneck rampage, so there was also pulled pork. I had a hard time deciding which meat dish I preferred.

Of course there was a vegetable dish - in this case, succulent squash creole. Delicious, and I don't even like squash. Apparently the key to enjoying vegetables is to smother them in cheese, garlic, butter and bread crumbs. 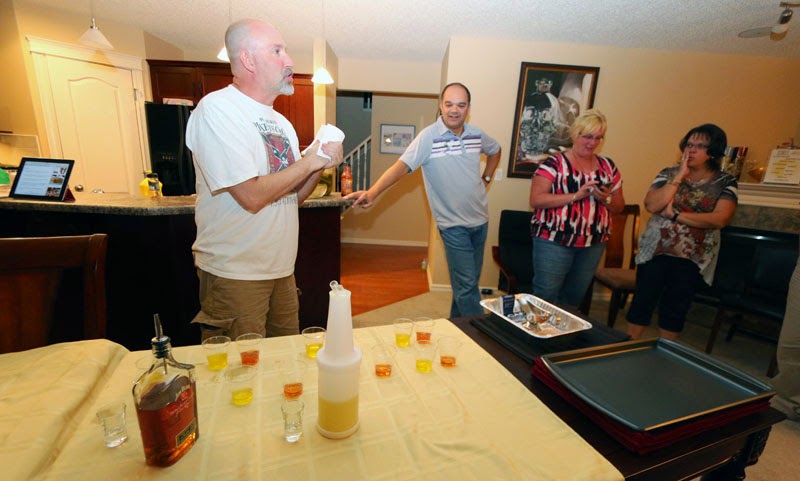 The drinkers among us enjoyed a strange but apparently flavourful combination - bourbon and pickle juice. 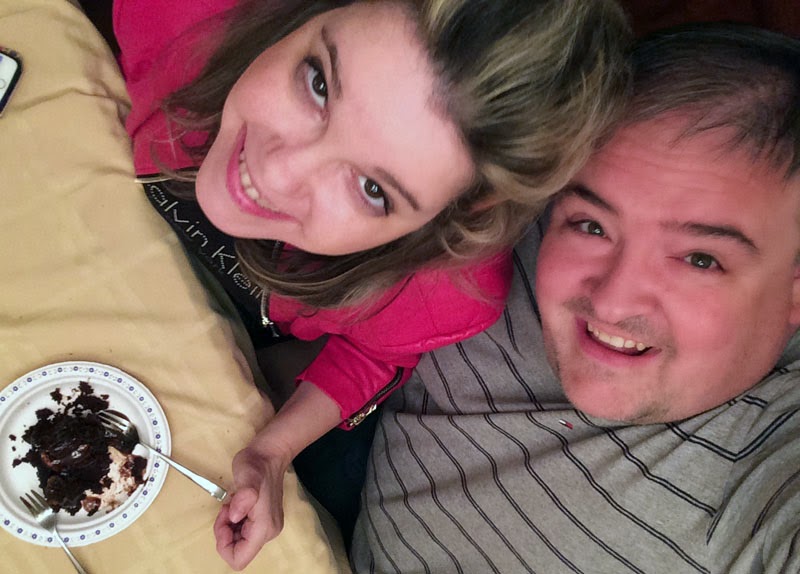 The Texas Whiskey Cake, inspired by a dining experience Pete had in the Lone Star state, was served up with saucy decadence, with caramel sauce and spicy pecans. 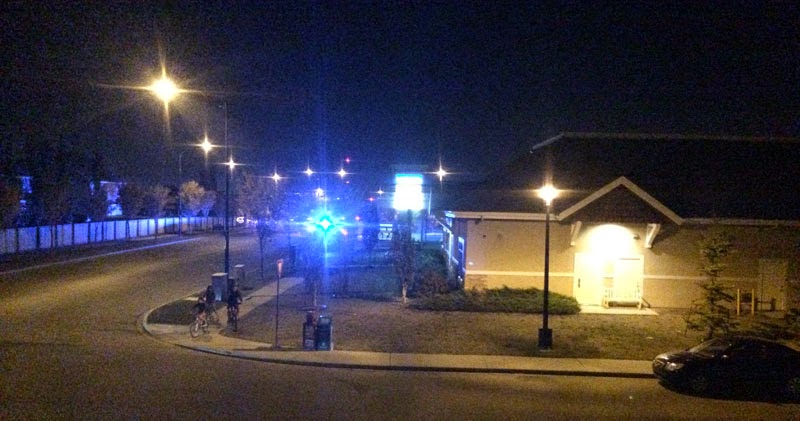 Late in the evening a van crashed into a police car just outside Pete's house, necessitating a detour when Sylvia and I finally made our way home, bellies fit to bursting. It wouldn't be an authentic redneck experience without a police presence!
Posted by Earl J. Woods at 3:47 pm

Pete's voided his BGE warranty using a torch. He should use a chimney starter or the purpose-made electric starter. Apart from avoiding thermal shock, neither of those starters leave residue, and they'll have the coals ready for slow-cooking in under ten minutes.