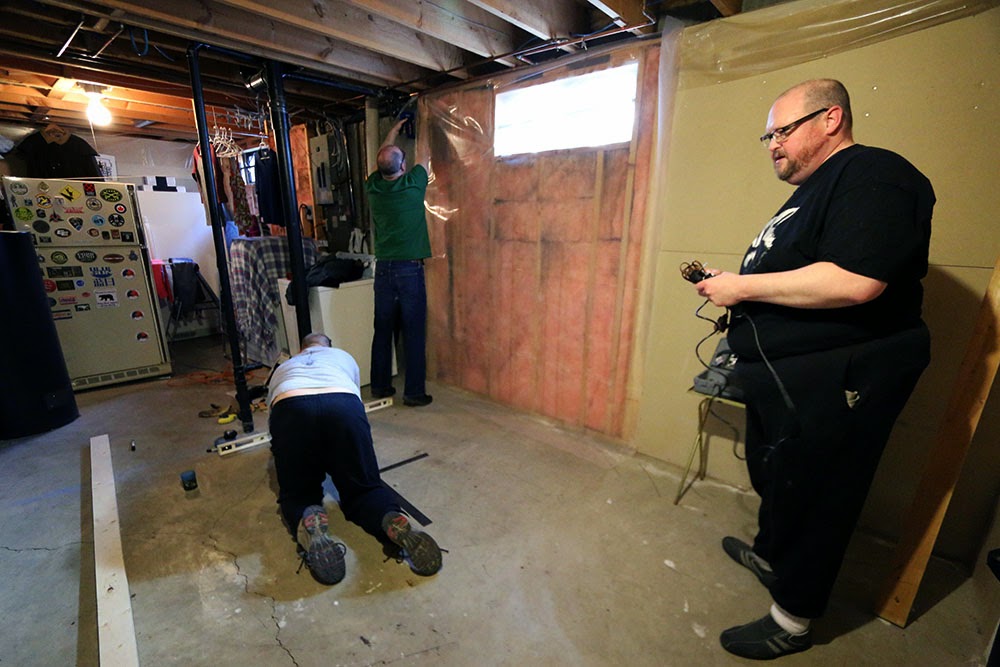 Yesterday I joined Scott, Pete, Mike and Jeff at the Fitzpatrick residence to build a second bathroom in the Fitzpatrick basement, promptly dubbed the BatCan since the basement has been known as the Batcave for many years. And since Stephen and Audrey and the girls have so graciously hosted us for innumerable nights of Dungeons & Dragons, boardgaming, Oscar parties and other occasions, we figured it was high time to give a little something back. 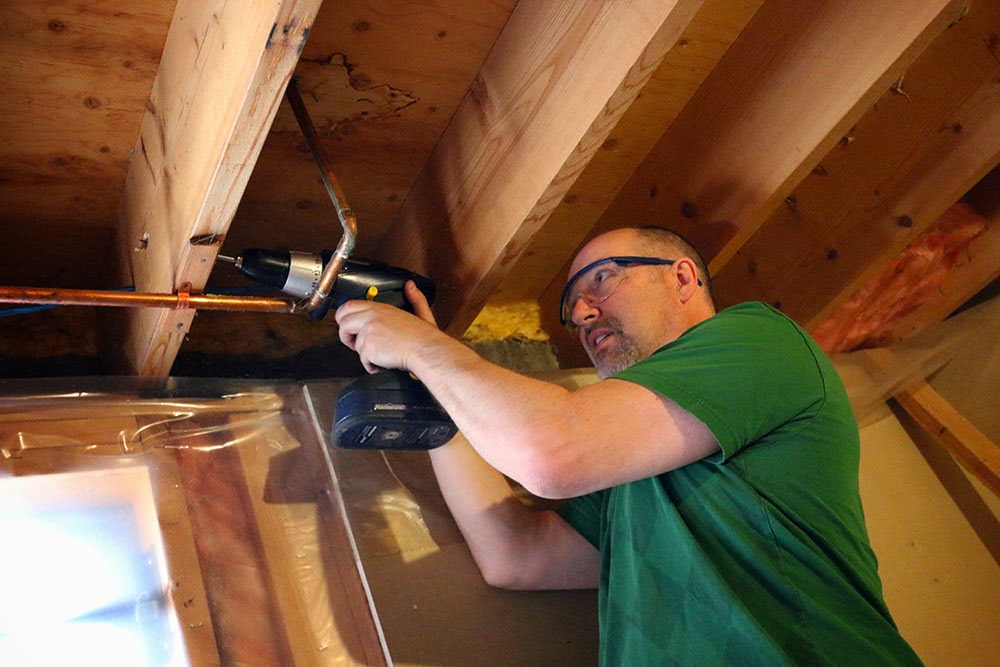 There's also an element of self-interest, it has to be said; because we game so often in the Fitzpatrick basement, we'll all be getting quite a bit of use out of the BatCan, especially when we gather for Gaming & Guinness X next month. 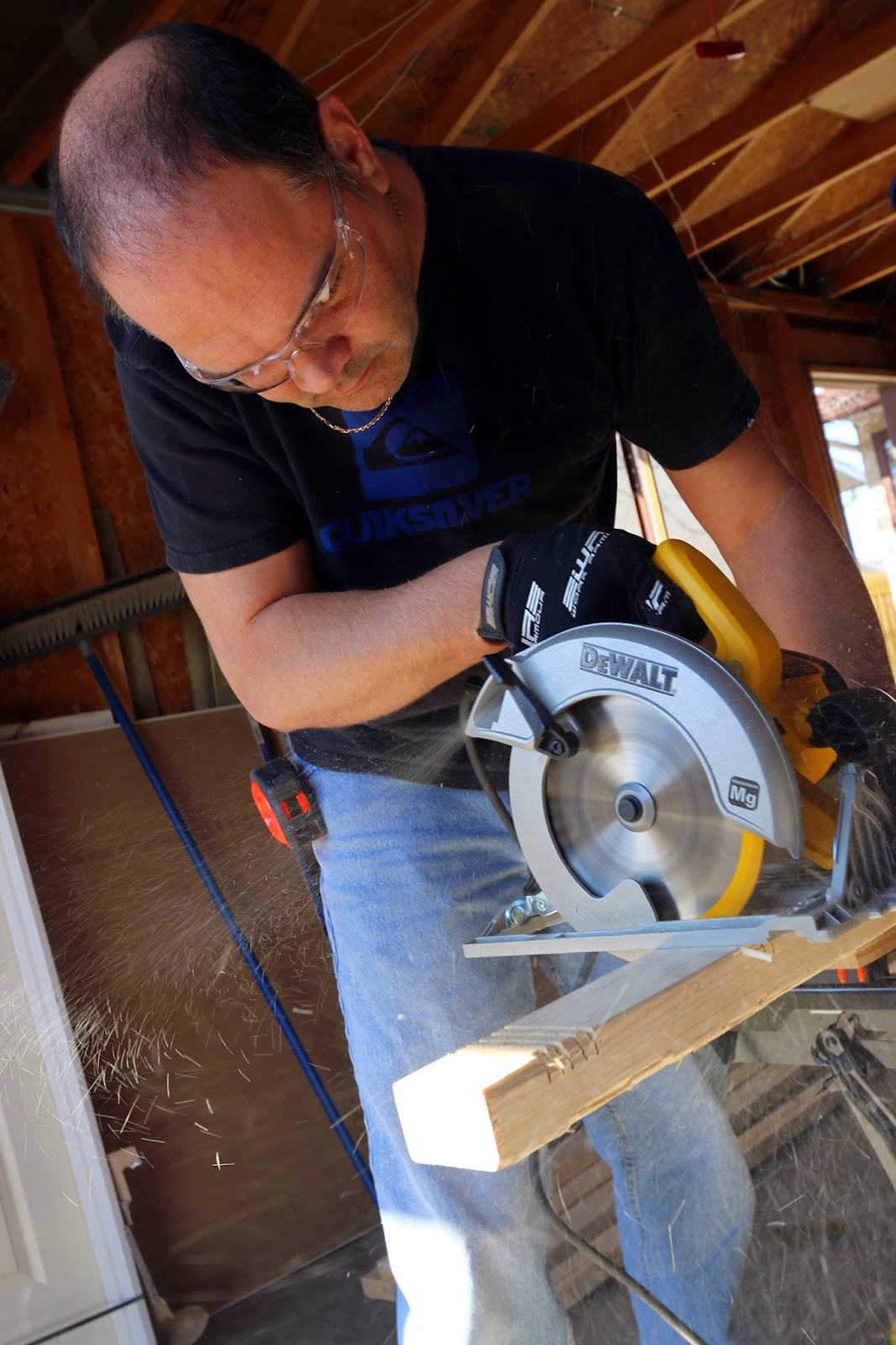 Unfortunately I possess only limited practical skills, so my contributions were limited to lugging things, holding things and measuring things. I also did a bit of drilling and mudding. But the lion's share of the work was accomplished by the other lads, particularly our project manager and engineer, Scott, and our foreman, Jeff (above), who put in a twelve-hour day despite suffering from tendonitis. 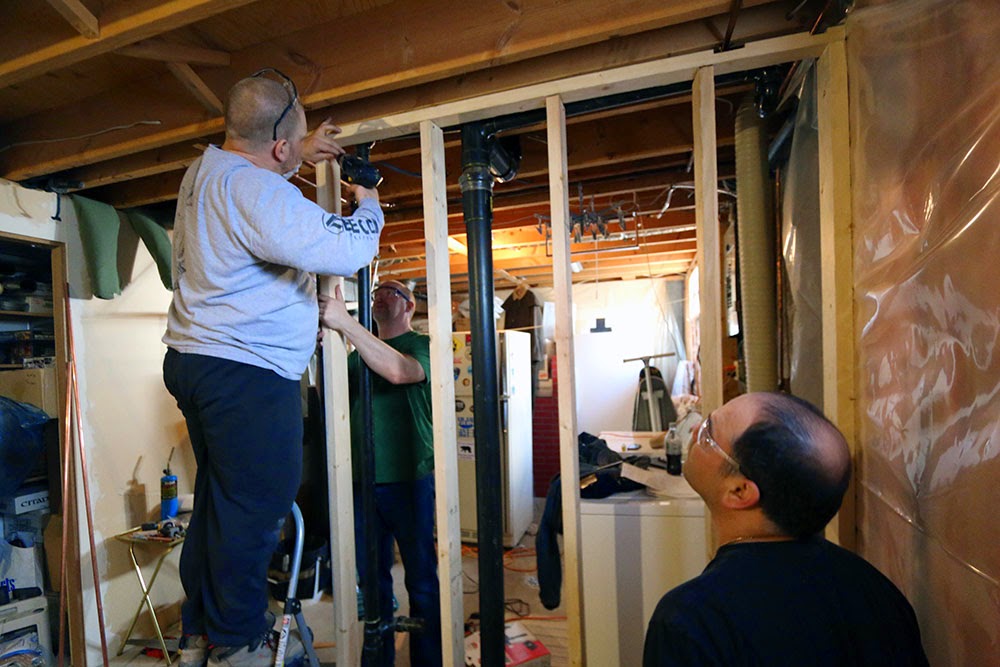 It was nice to spend a day labouring with my hands instead of my head, something I haven't done regularly since a two-month job in a warehouse during the summer of 1993 or 1994. 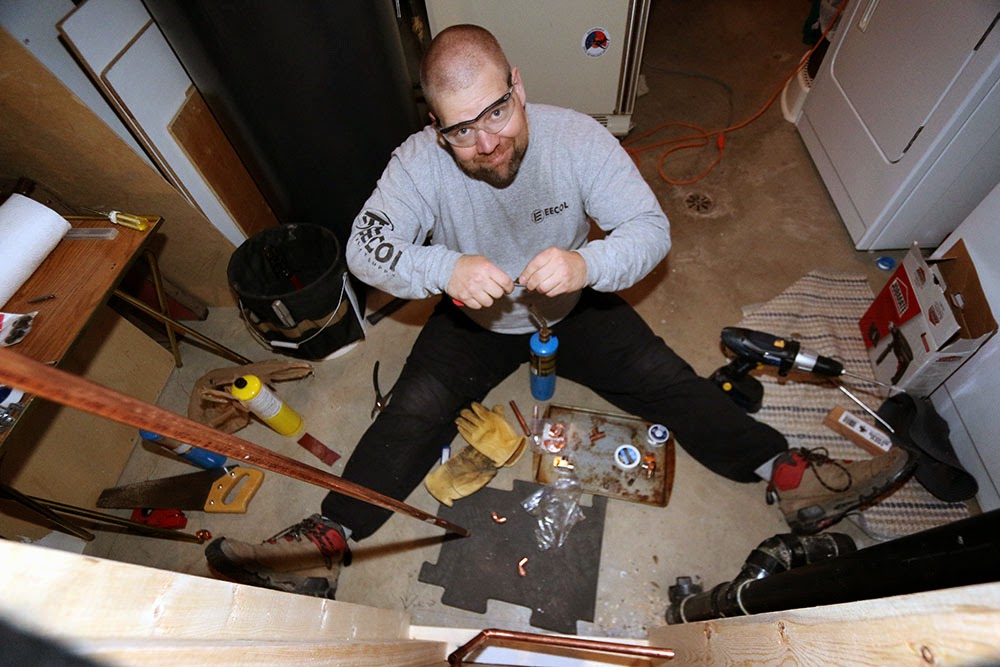 Scott handled the plumbing and electrical. 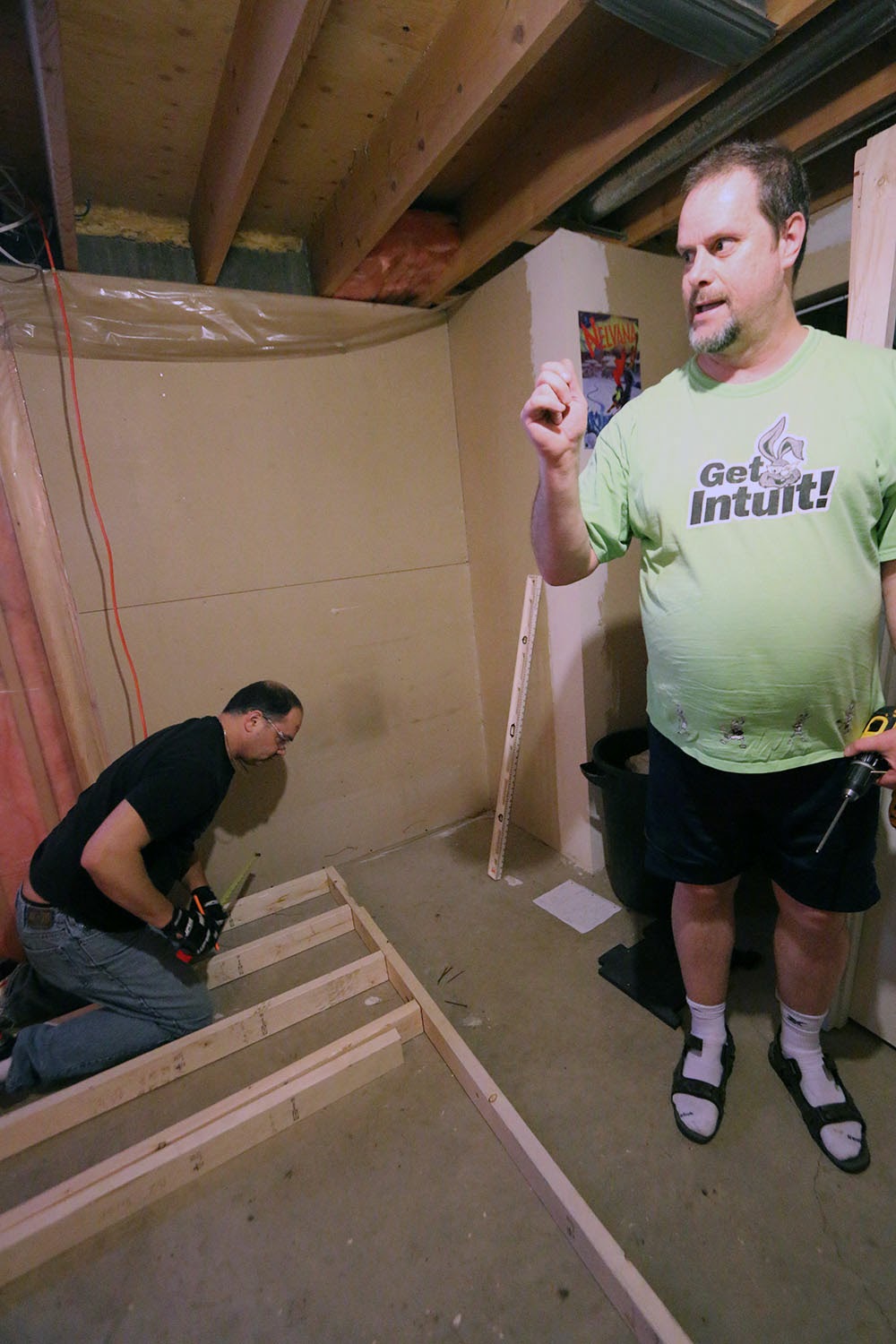 Jeff, Mike, Pete and Steve handled the lion's share of measuring and installing the studs and drywall. 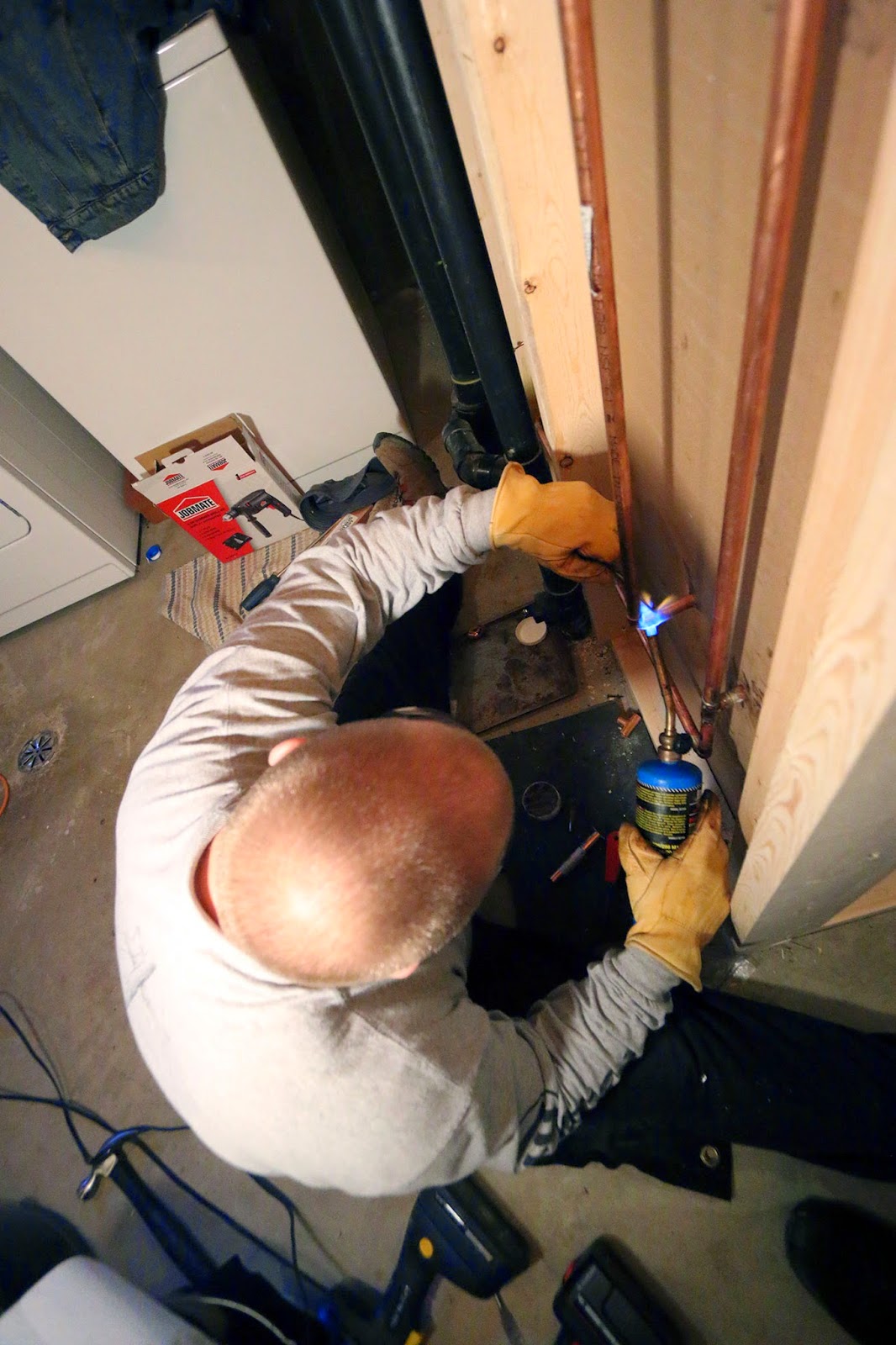 Working from about 9 to 9, with breaks for deliciously BBQ'ed lunch and supper, we managed to build the walls, get the drywall partially mudded, finish the plumbing and electricity, install the toilet, install the light, get the sink in place and install the door. 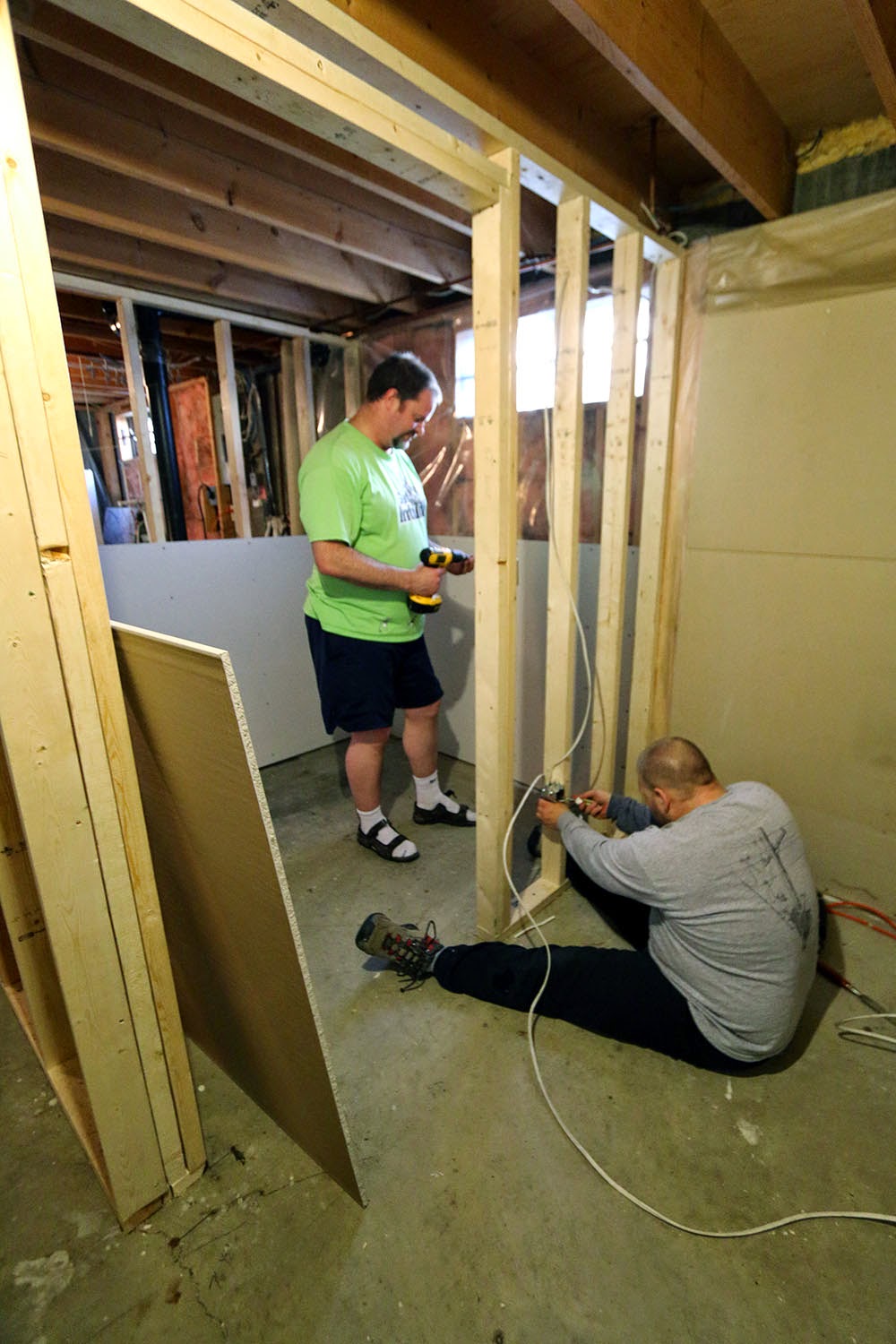 All in all, a pretty good day's work, although for some reason I didn't take any photos near the end of the day; we got much farther than pictured here. Next Saturday we'll finish up. Tune in next week - same Bat-time, same Bat-channel!
Posted by Earl J. Woods at 12:19 pm