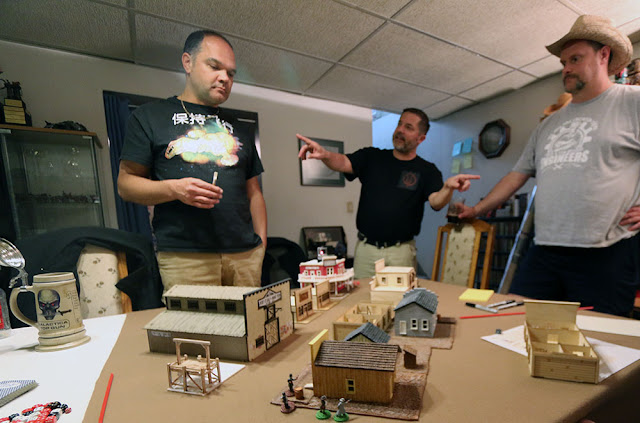 Each day of Gaming & Guinness features one or two "marquee" games with breaks for meals and smaller-scale gaming. day Two of G&G X started off with a new game, Legends of the Old West, which allows players to send gunfighters into tactical-scale skirmishes. Here, Jeff, Mike and Mike look over Steve's exquisitely designed town, Serenity Gulch. 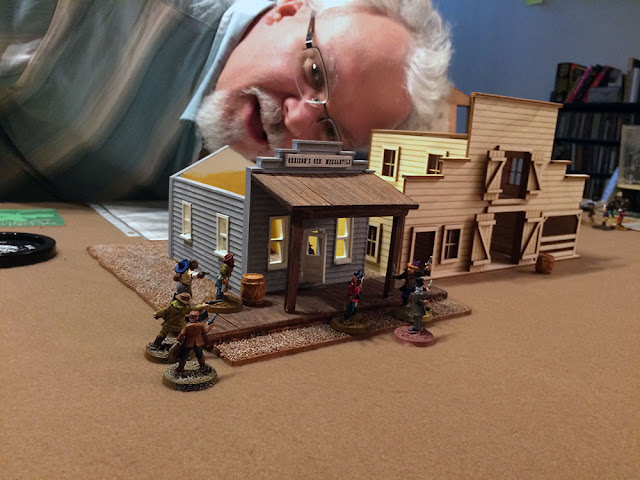 The villains holed up in a store, forcing the lawmen to chase them inside. The results were bloody. A bandit snipes from a hotel balcony. 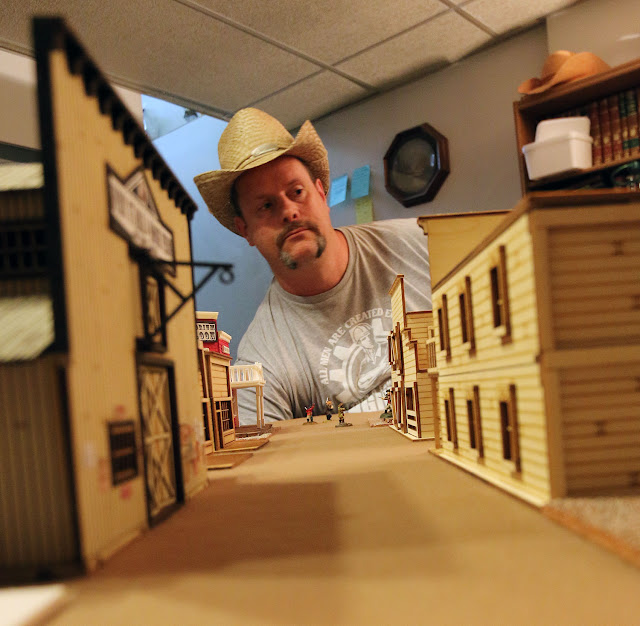 Looking down main street at Mike, who sported an old-west mustache for the event. 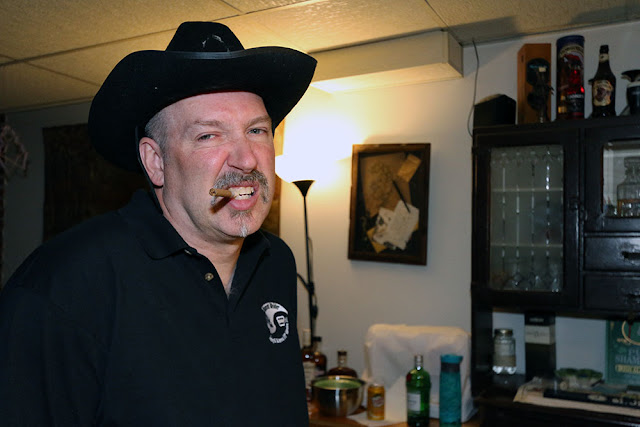 Pete, too, came dressed for the period. 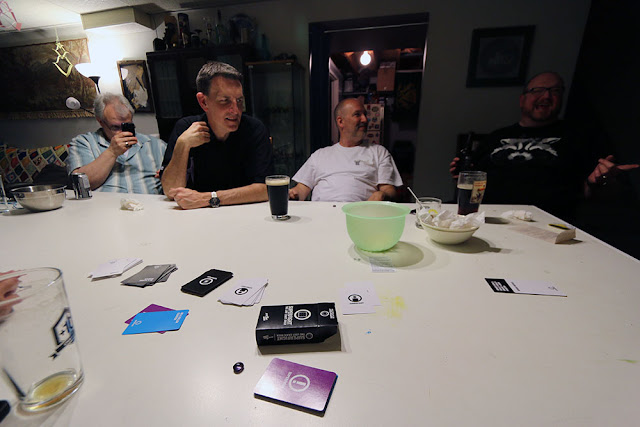 Superfight came for free in one of my LootCrates, and we tried it out between marquee games. The object of the game is to pit characters from popular culture against each other and argue about who would win in a fight. Actually, I don't see why we need a formal game for this, since we spend a lot of our time making exactly these arguments... 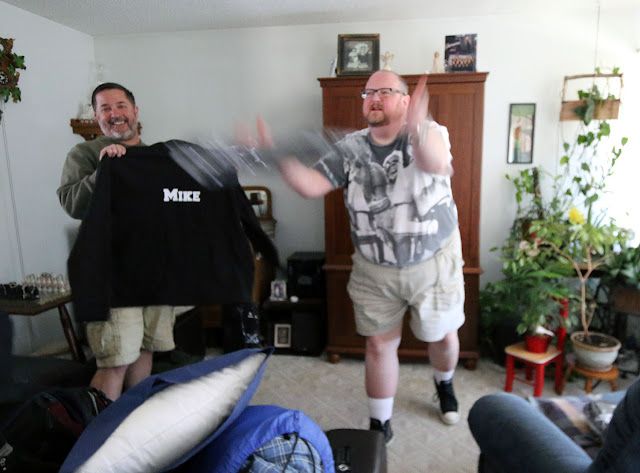 This year Pete handled the swag, and each of us received an awesomely comfy and personalized G&G X commemorative jacket. 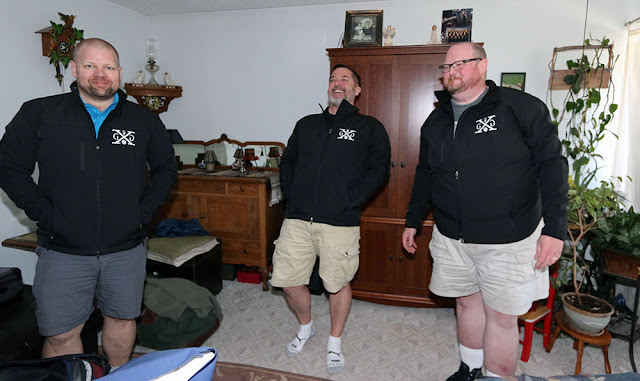 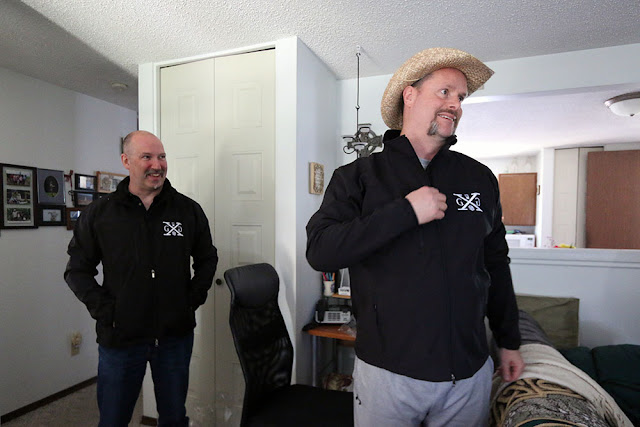 Pete and Mike in their new attire. 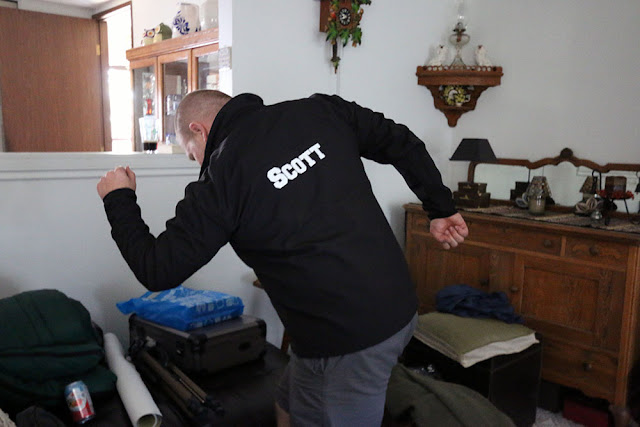 Scott shows off his personalized jacket. 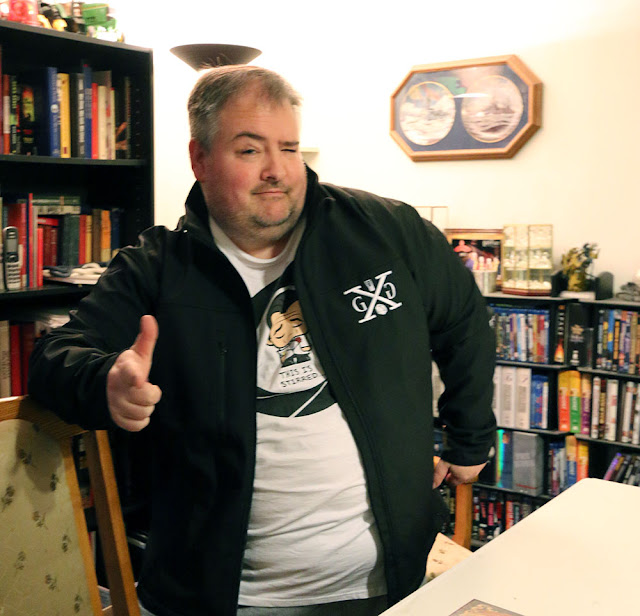 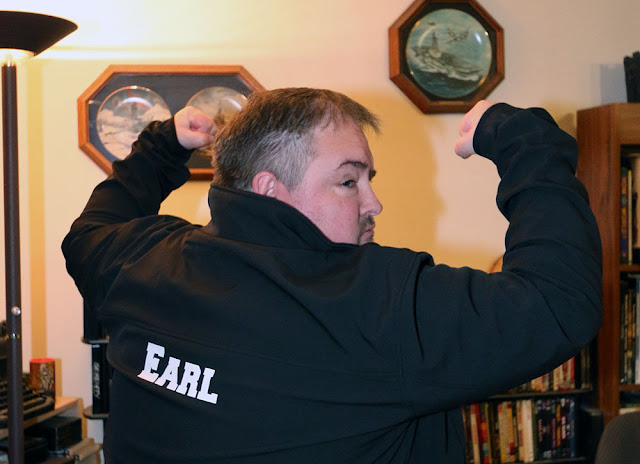 And here I am in mine. 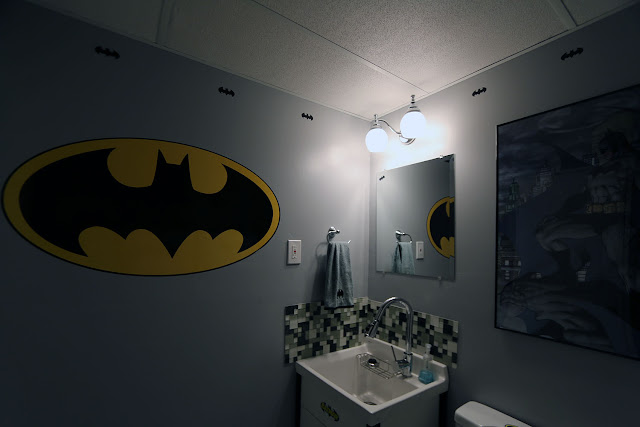 Here's a shot of the Batcan, built especially for G&G X. 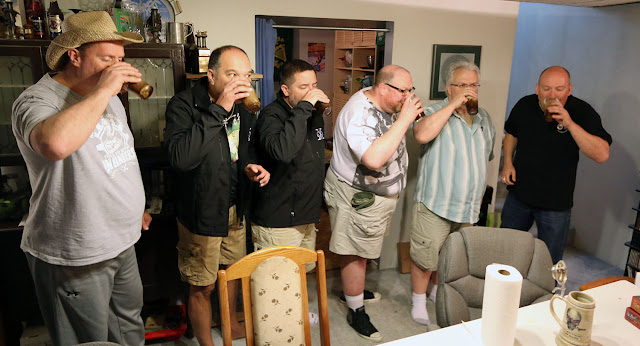 Here some of the boys down something called a Car Bomb, which is Guinness and something else in a second shot glass contained within the larger glass. Those who drink at G&G stay the night, while the teetotalers in the group (including me) handle any driving, if needed. 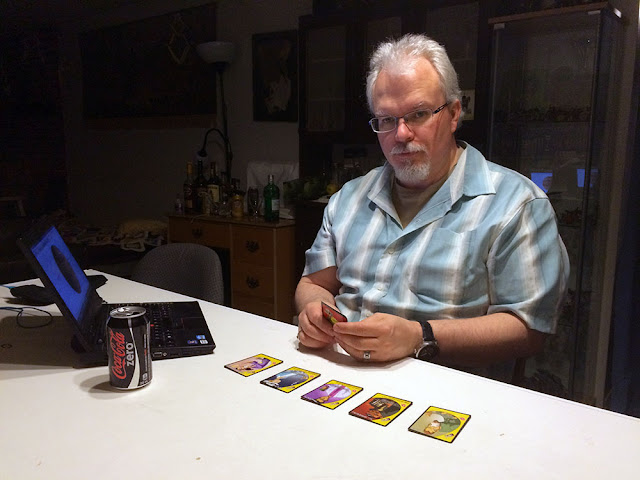 Colin looks somewhat bemused by his first game of Pimp. I don't blame him. 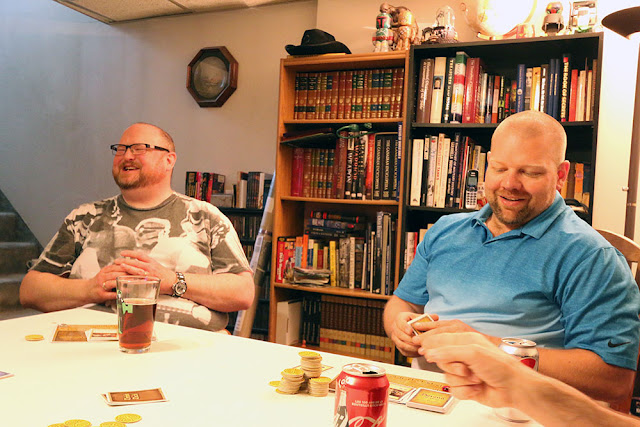 Scott brought over Red Dragon Inn, a fun high-concept game in which players pretend to be medieval adventurers settling down at a tavern for some carousing and gambling. Gamble away all your money or pass out from too much alcohol consumption and you're thrown out of the inn. 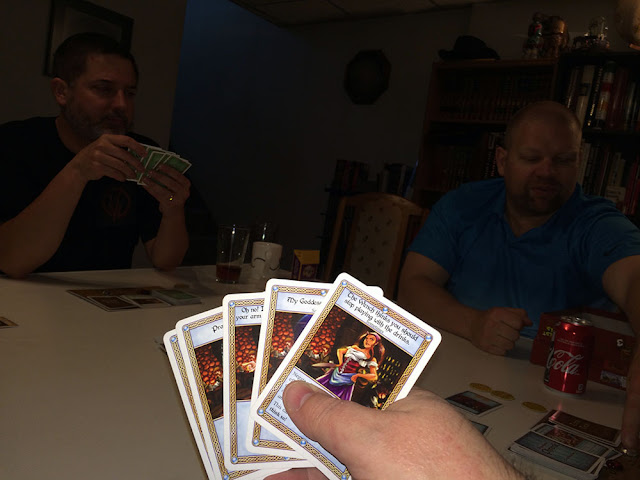 I came pretty close to triumphing in our first game, but Island Mike edged me by a beer or two. 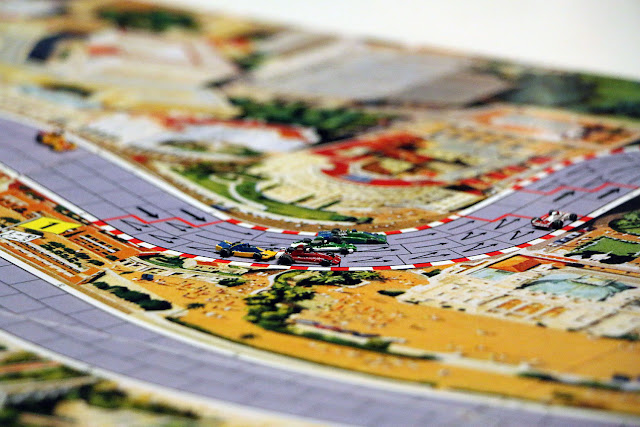 We ended the night with Formula De, one of our perennial racing games. It was a close race throughout the game, but in the end... 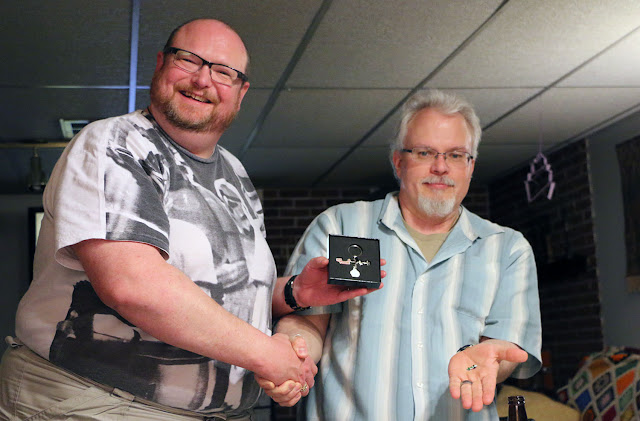 ...Colin emerged triumphant, taking away a Formula One keychain as a prize.