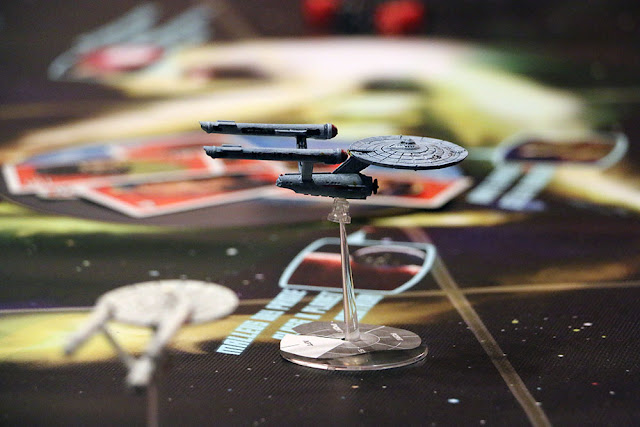 On the last day of G&G X, we brought out Jeff Shyluk's beautiful custom starmap for A Call to Arms: Starfleet for the second time. It remains a huge hit. 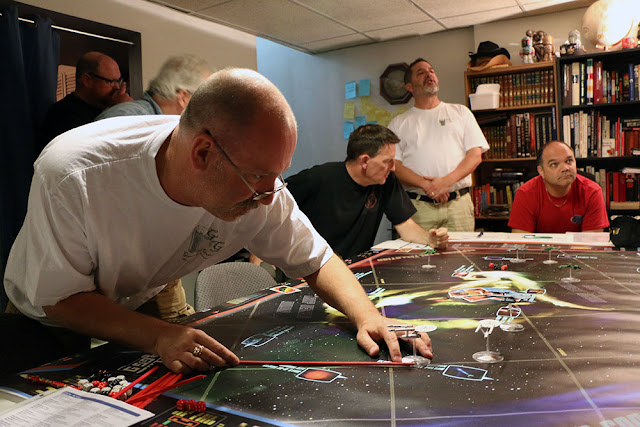 This time around Steve suggested a free-for-all, with each player, no matter were they nominally Klingon or Federation, with his own specific objectives. Pete and Colin immediately turned on me, which was only fair, as I was gunning for Scott. 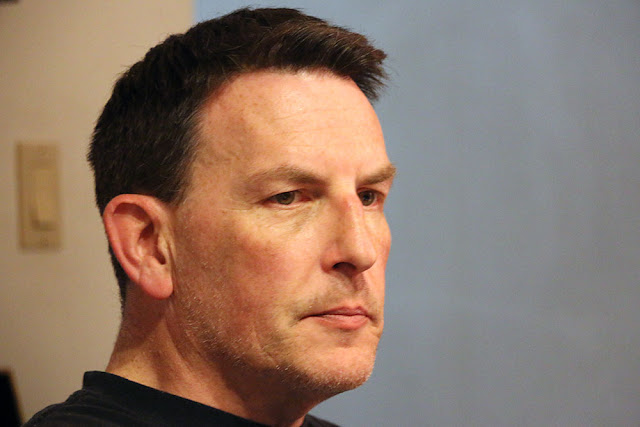 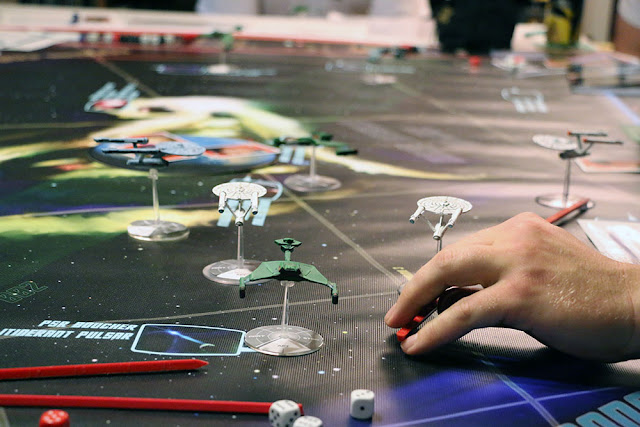 A nine-player free-for-all made for a pretty chaotic battlefield. 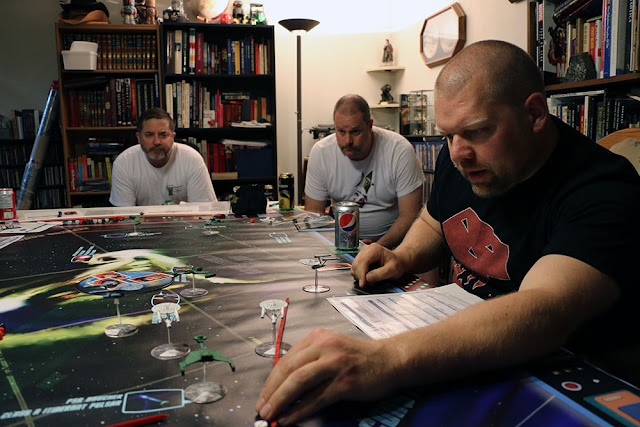 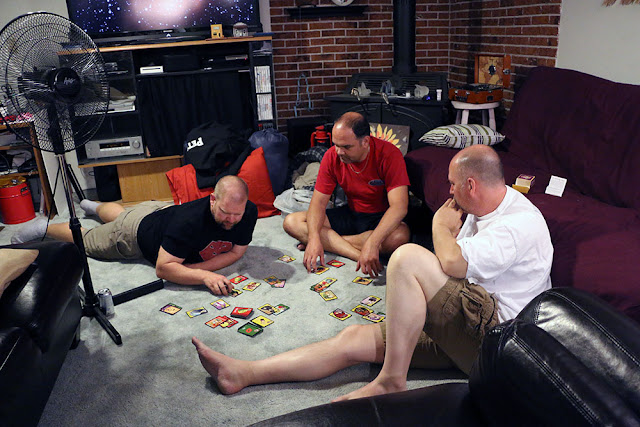 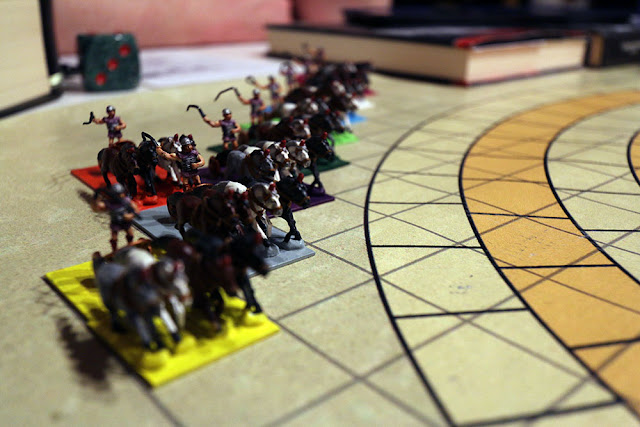 Circvs Maximvs, the chariot racing game, has evolved into the signature event at G&G, with its custom miniatures and track, home made trophy, statuary, and Mike Totman's able refereeing. 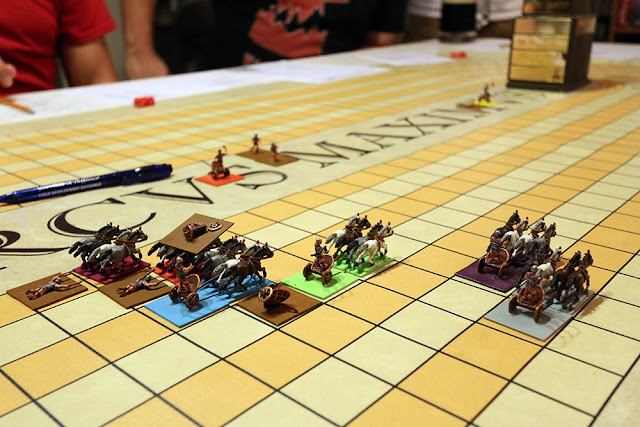 Colin was out for blood, and as a result there were casualties all over the track right out of the gate.
The valiant fallen. 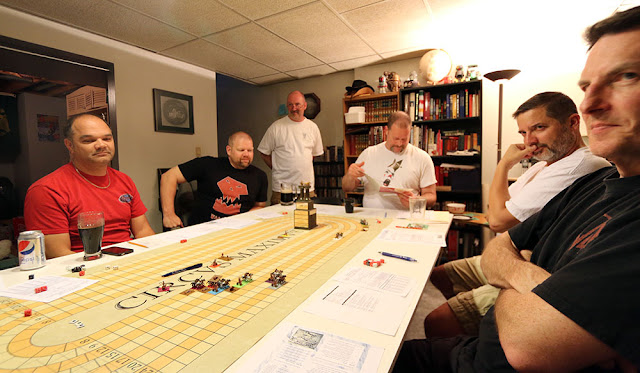 Quite a spectacular way to start a race. 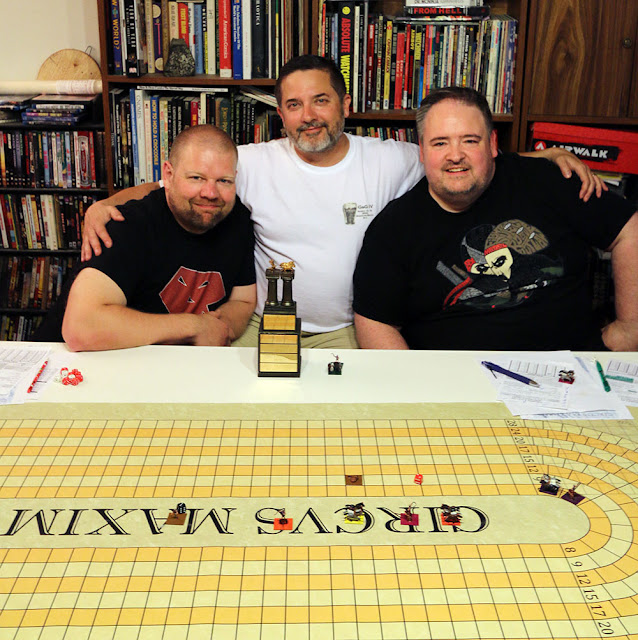 There were some more casualties, but the race went pretty well for me - second place, my best showing ever! Mike Parlow triumphed, while Scott finished third.

It's hard to believe that we've spent ten years doing this - that we're all a decade older, moving from our thirties into our forties (for the most part) while enjoying the fruits of deep-rooted friendships.

No matter where life leads us all, I hope we're still doing this ten, twenty, thirty years from now...perhaps even longer. 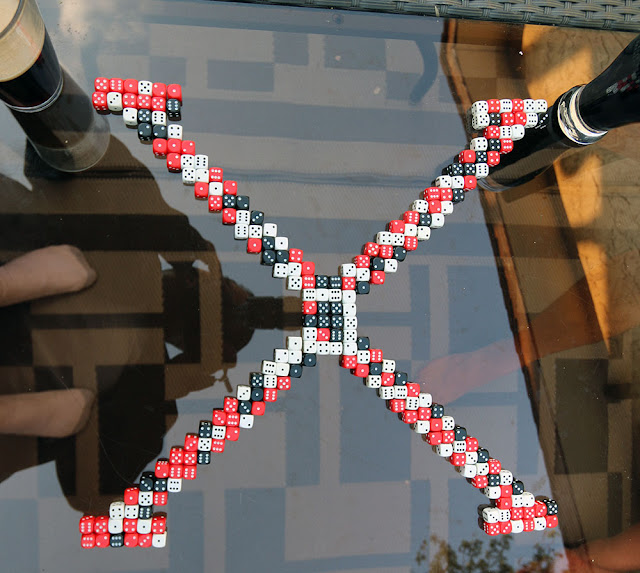 Thanks to everyone for coming out and making it special, as always.
Posted by Earl J. Woods at 8:54 pm