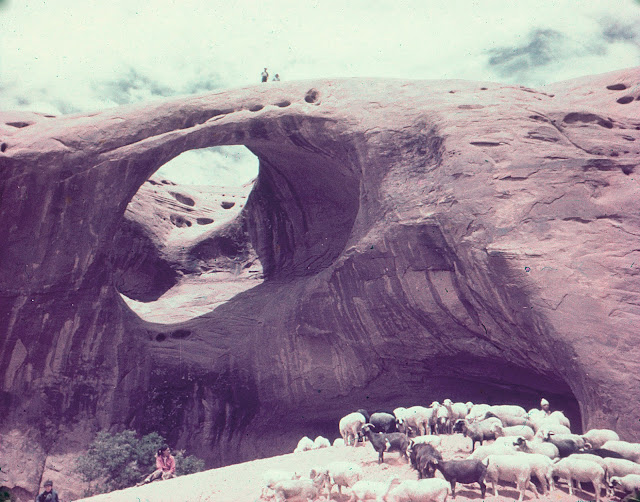 Most of the family slides I've been scanning over the last couple of years are in pretty good shape considering their age, but a few of the oldest slides have started to fade or lose their colour. This slide depicts a sheep herd in Monument Valley sometime in the 1960s. Unlike most of our slides, it wasn't taken by a family member; it was purchased as a keepsake. I think it's a pretty cool image, so I was disappointed to see that most of its colour had faded to bright red. Thankfully I was able to use a number of Photoshop tools to restore some of its original colour, though without knowing how the original looked it's hard to measure the degree of my success. It still looks a bit washed out, but it's better than the pinkish-red hue that once filled the entire frame. 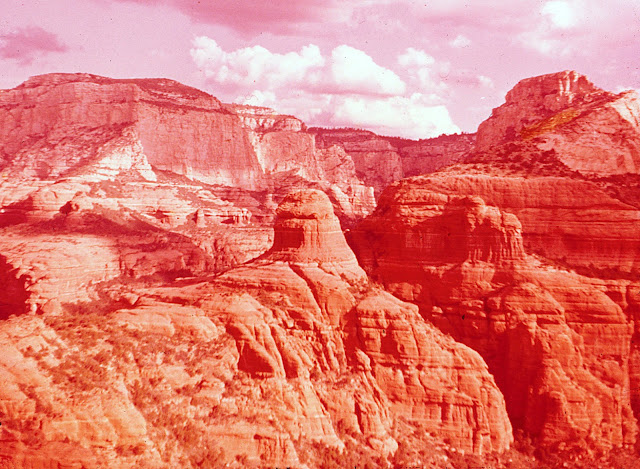 This shot from the same set of slides shows how badly the images have degraded over the years.

The second slide looks like it could be a matte (sp?) painting for a 60s sci-fi movie.

Cheap film emulsion will fade to red. I guess expensive emulsion does too, but the process is slower.