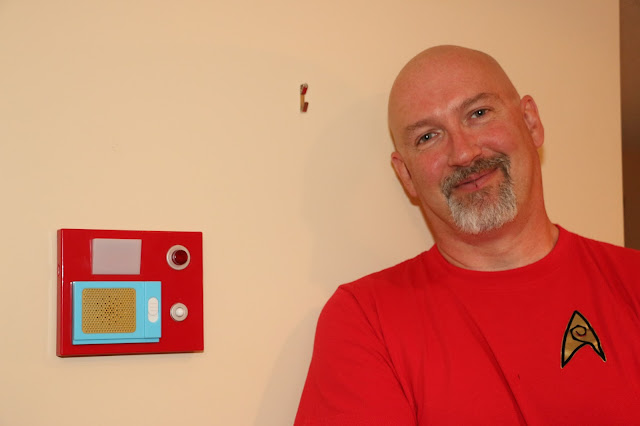 Since this is Star Trek's 50th anniversary year, Pete thought it apropos to prepare another Trek-themed Geekquinox dinner. 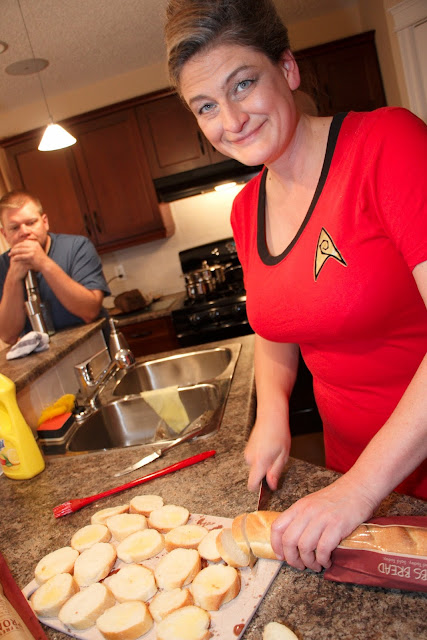 The festivities got off to a scrumptious start with toasted bread topped with your choice of three salsas and garlic. 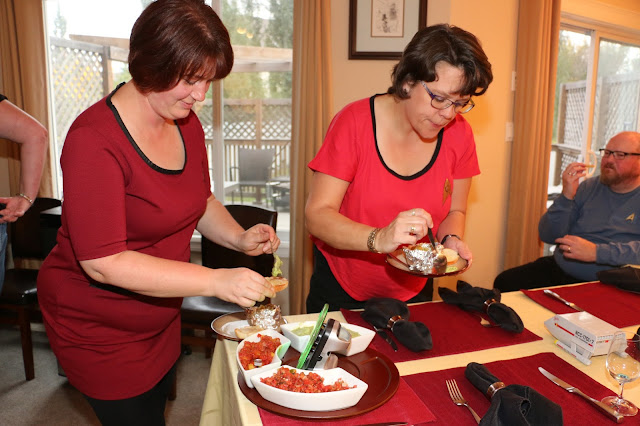 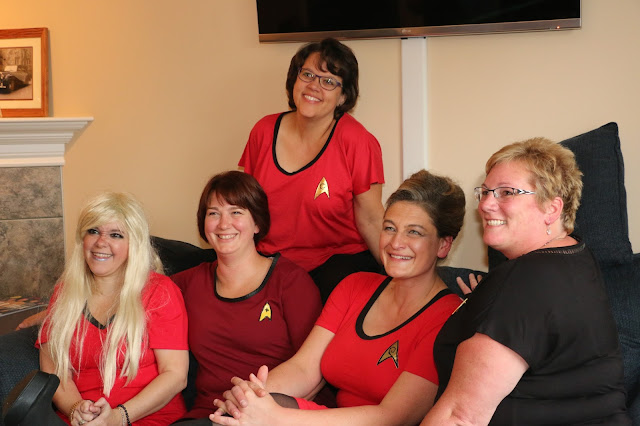 Several of us dressed for the occasion... 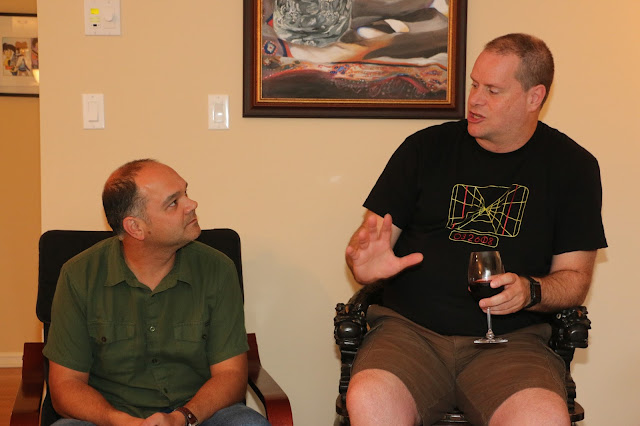 ...though contrarian Mike arrived in a Star Wars shirt. 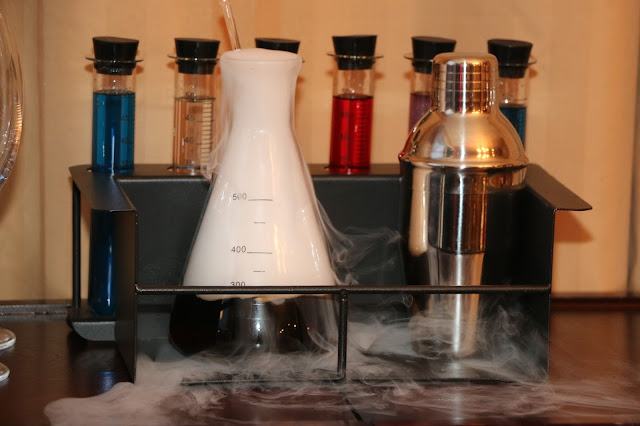 The libations were otherworldly. 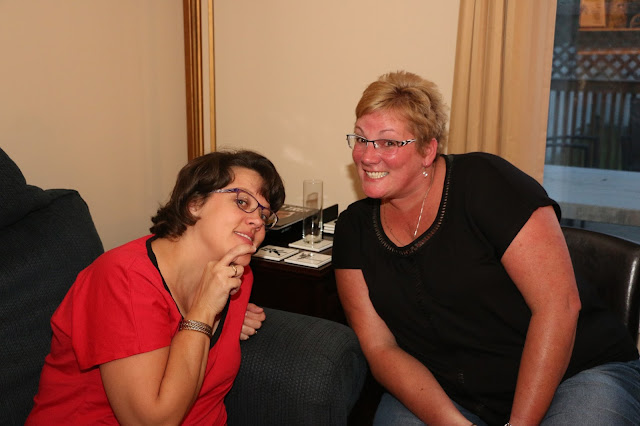 Everyone's always delighted by my constant flash photography at these events. 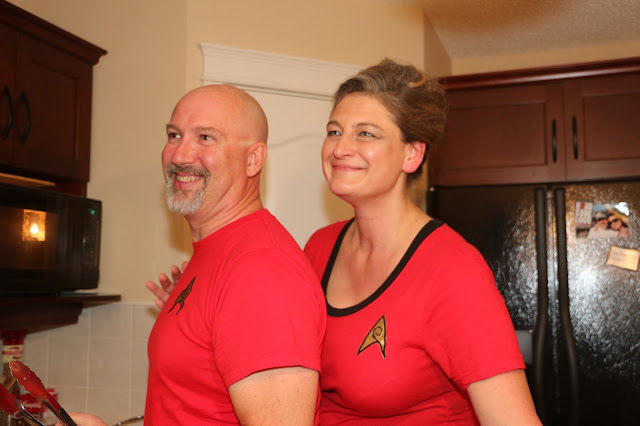 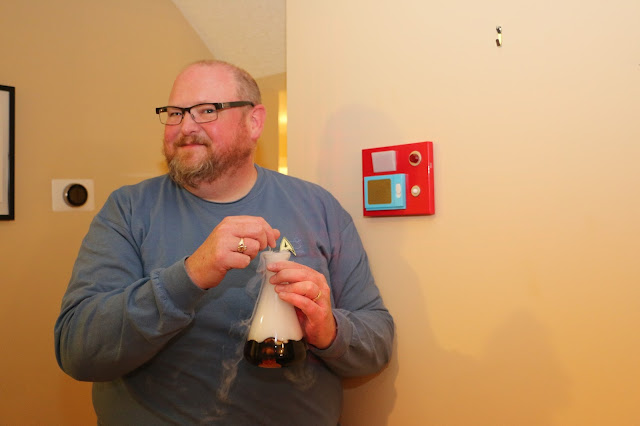 Steve ignored his hail to the bridge. 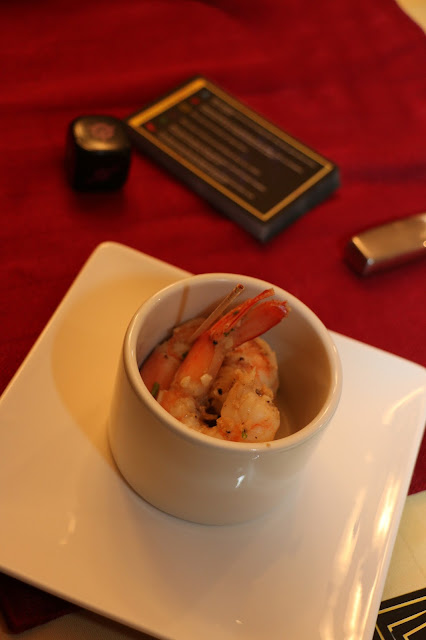 My favourite course of the night: "The Wrath of Prawn," or cilantro lime shrimp. Juicy, tender, savoury. Just put it in your mouth, not your ear. 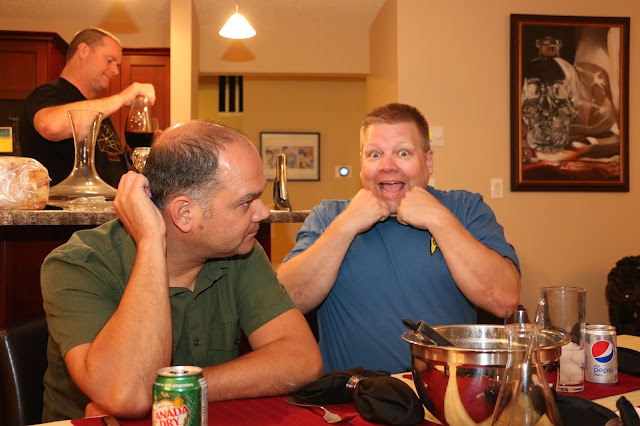 Scott failed to contain his excitement. 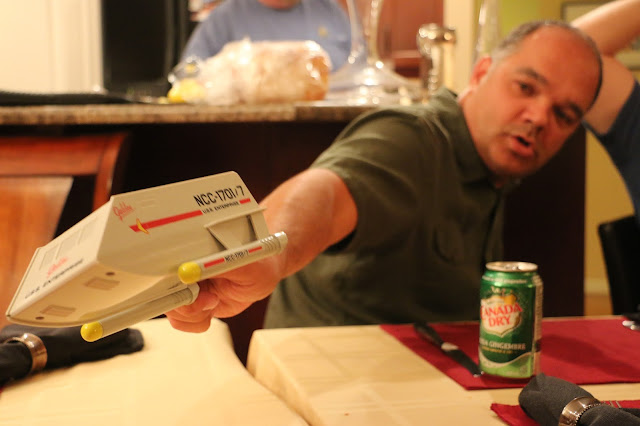 Jeff delighted me by making "voom" noises as he flew the shuttle around the table. 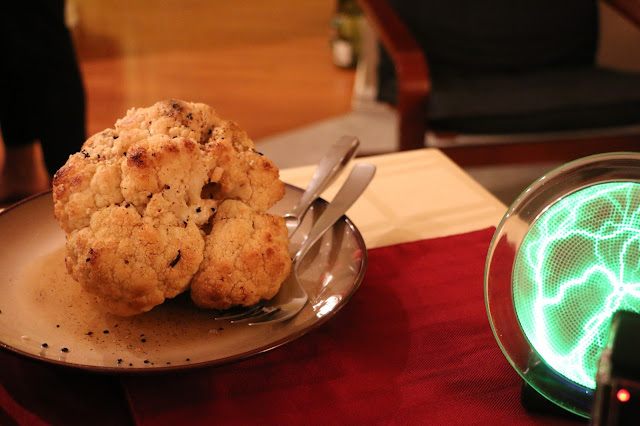 "Spock's Brain," or cauliflower cooked in pork fat. I'm not generally a fan of cauliflower, but this was pretty good brain food. 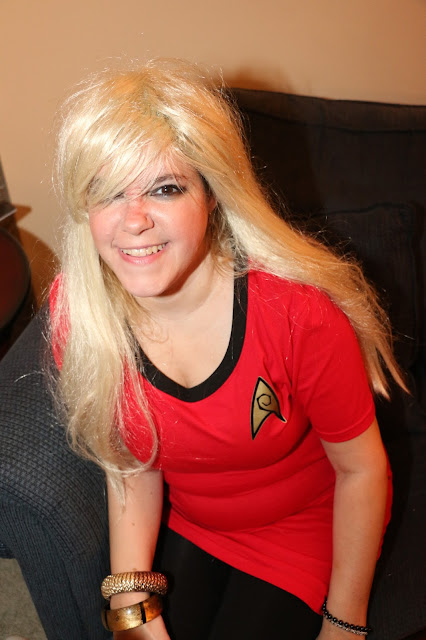 Sylvia dressed as a Bajoran in Starfleet, even though Bajor didn't join the Federation until the late 24th century... 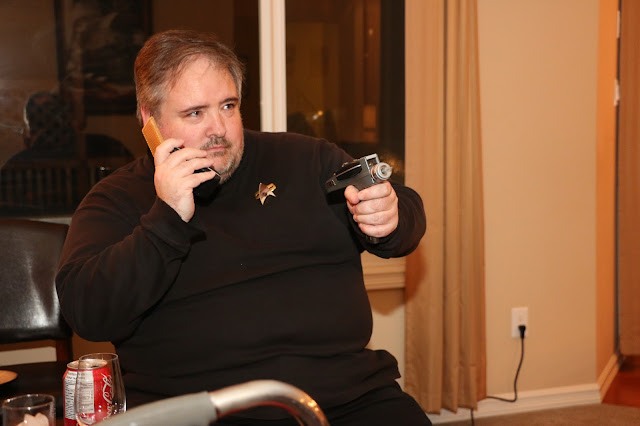 ...that's why I came dressed as an agent of the Department of Temporal Investigations (DTI). 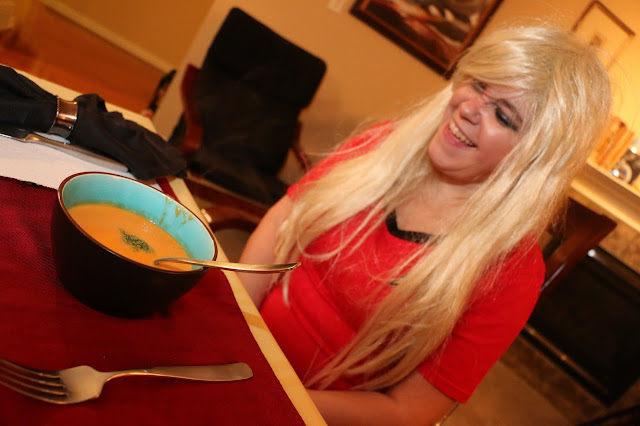 Pete's Red Matter soup was my second-favourite item of the night. 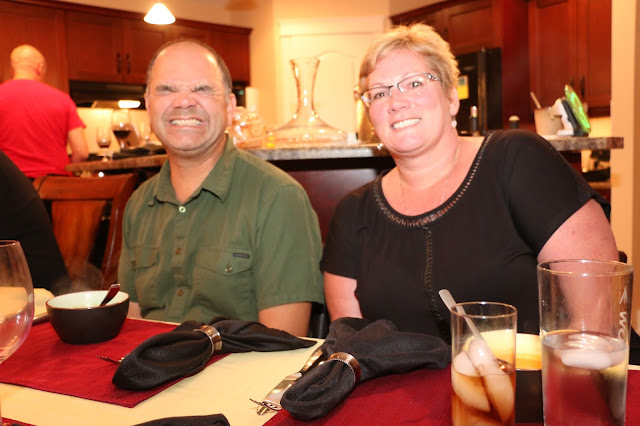 Jeff may have found it a little spicy. 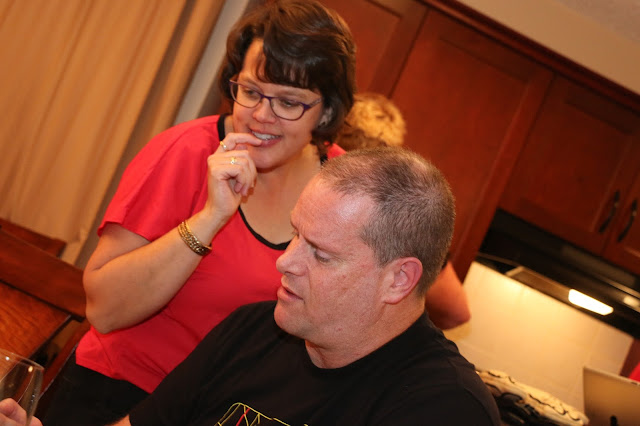 Everyone was anticipating the main course, which I somehow failed to photograph, as I was too busy eating. Here, then, are a few more highlights of the evening: 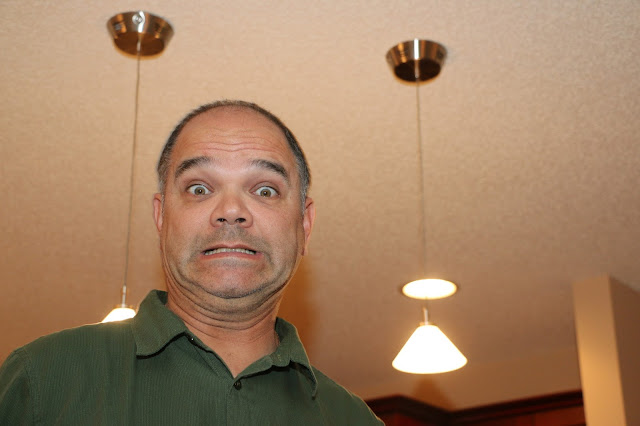 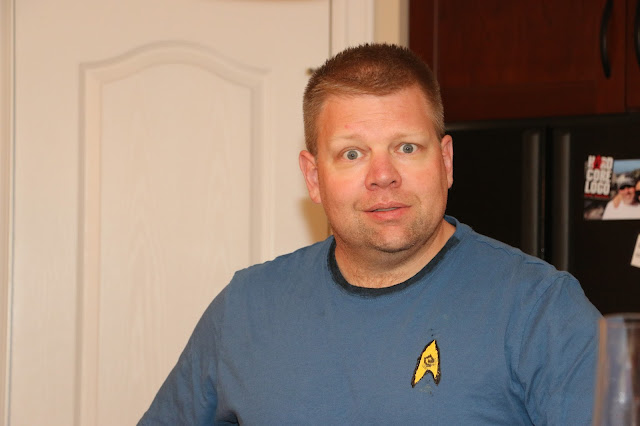 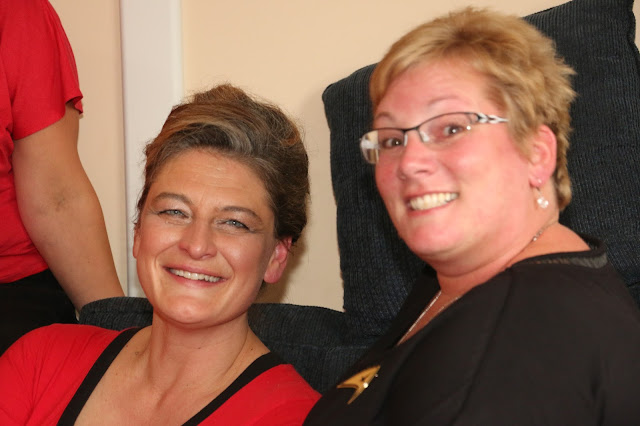 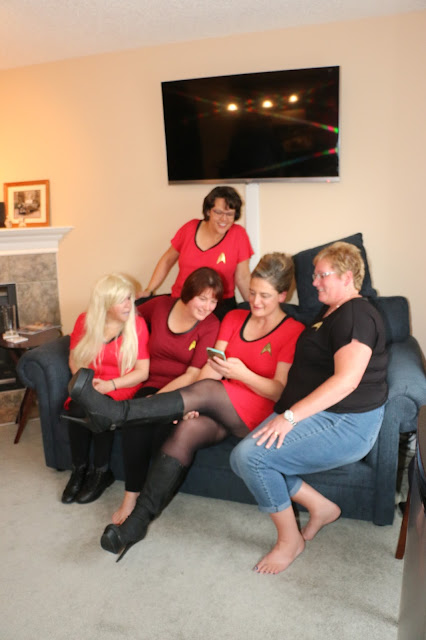 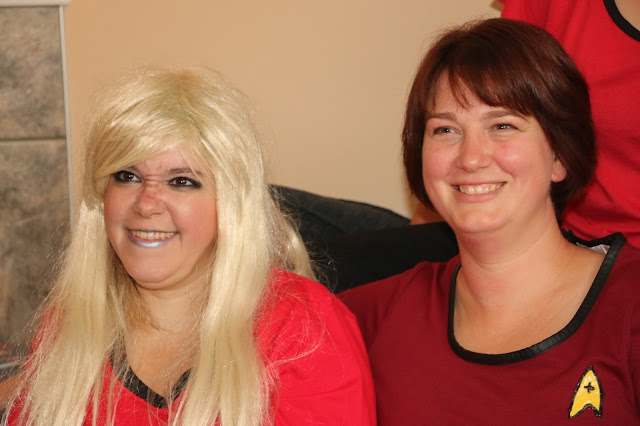 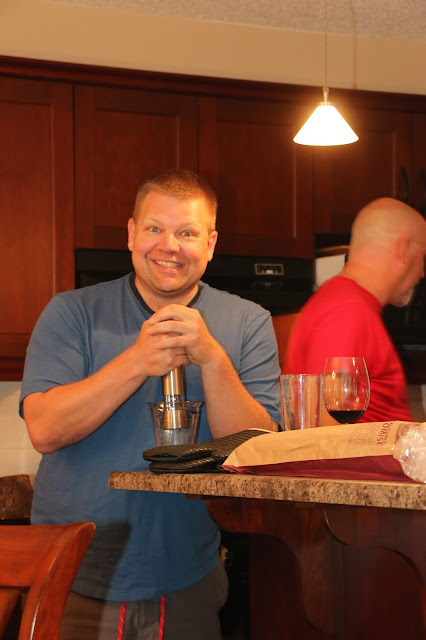 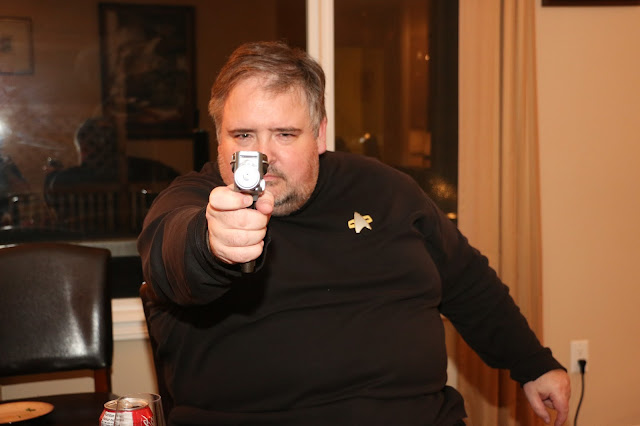 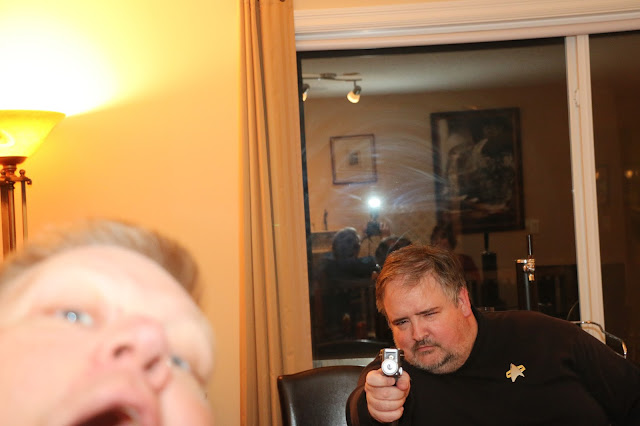 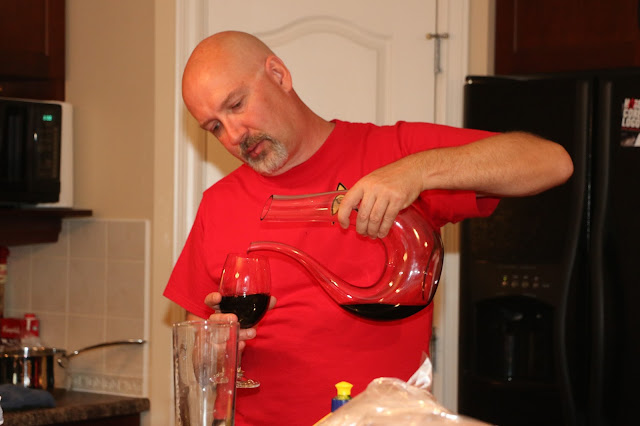 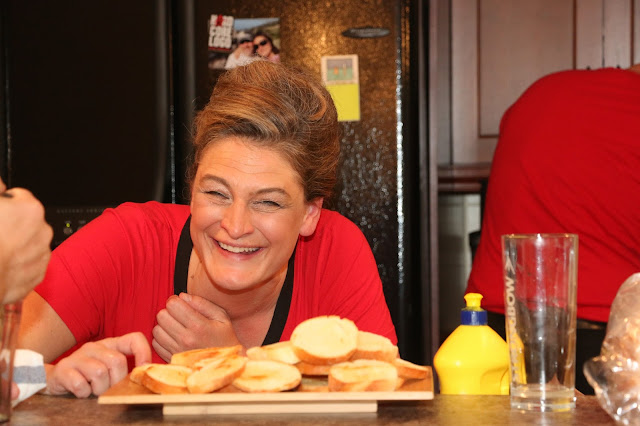 Thanks again to Pete and Ellen for hosting yet another marvellous, out-of-this world dining experience. Truly, the feeds of the many outweighed...uh...I had something there, almost. Feast long and prosper, that's it! Woods out.
Posted by Earl J. Woods at 5:15 pm