Having chosen Black Canary as field leader and assembled the first few members of my revised Squad, here are the other core members of the new team... 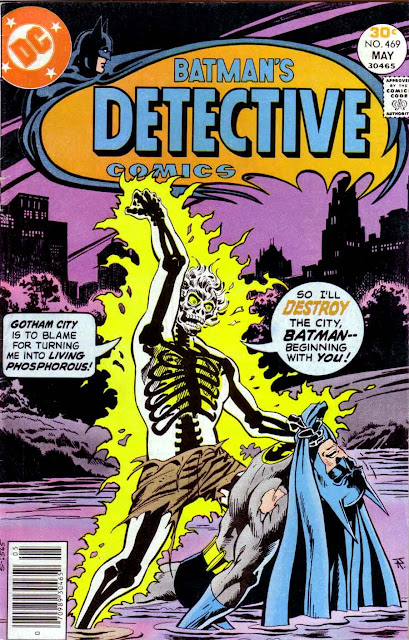 Doctor Phosphorus (Dr. Alexander Sartorious): I love skull-themed villains, and Batman villain Doctor Phosphorus happens to be a scary glowing transparent skeleton guy with a corrosive touch. He has a very bad disposition, making him perfect for the squad. 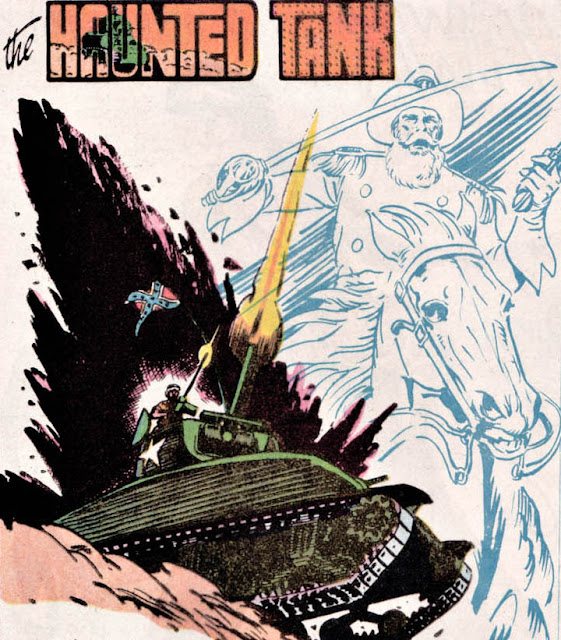 The Haunted Tank: This is a Stuart M3 tank haunted by the spirit of General James Ewell Brown (J.E.B.) Stuart. The original crew that manned the tank during World War II is long gone, but the tank remains - and General Stuart is none too happy to be mystically coerced into the service of the Suicide Squad. Will he support his new crew...or betray them? 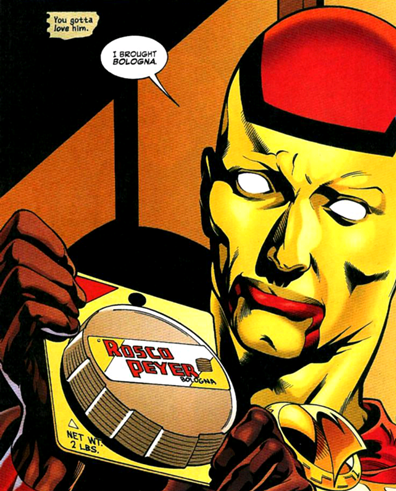 Hourman: An android from the 853rd century, Hourman is somewhat naive but extremely useful thanks to his ability to activate a "power hour" that gives him sixty minutes to warp the flow of time. 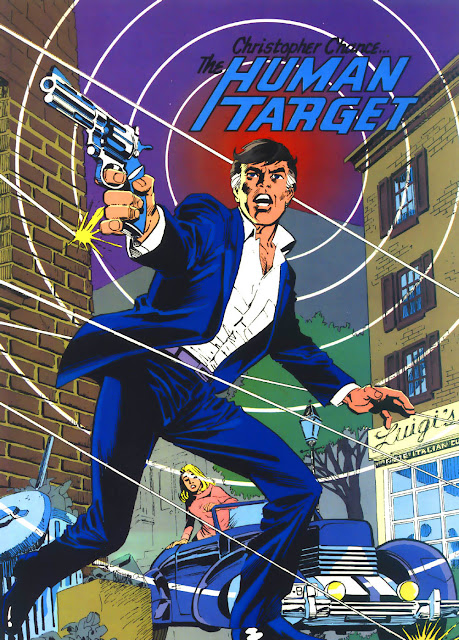 The Human Target (Christopher Chance): A master of disguise, P.I. Chris Chance's MOI is to put himself in the role of potential victims and thereby reveal their assassins - hence, making himself a human target. It's kind of surprising he hasn't been on the Suicide Squad already... 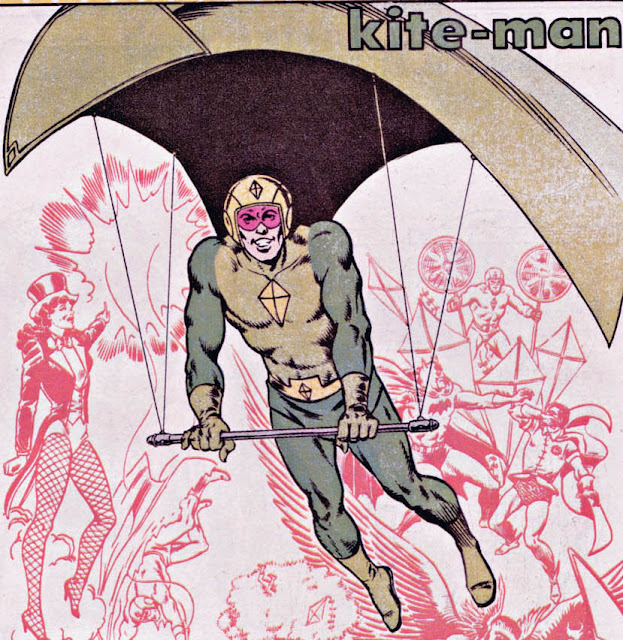 Kite-Man (Charles (Chuck) Brown: Kite-Man is a small-time crook with one gimmick: he can fly using his kite. He's cannon fodder for my first issue. 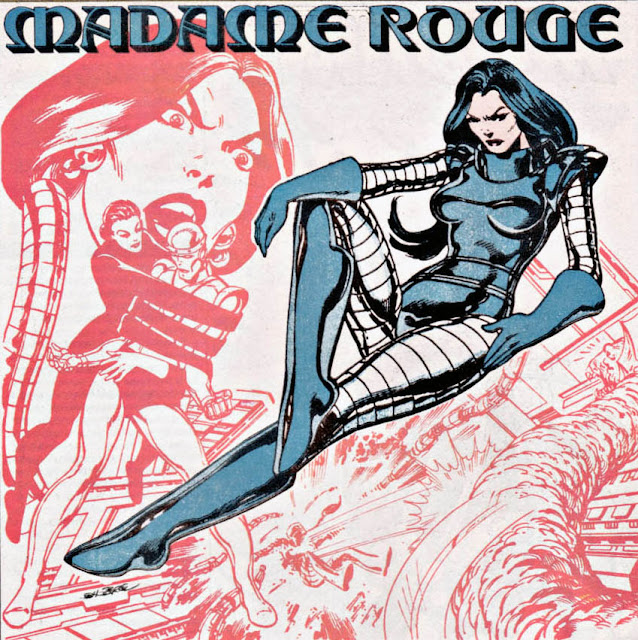 Madame Rouge (Laura DeMille): Responsible for a variety of crimes as a member of the Brotherhood of Evil, Madame Rouge has a malleable body that makes her a fearsome combatant and a shapeshifter. 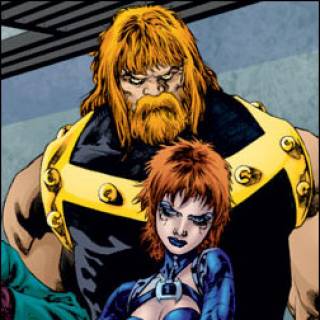 Mammoth and Shimmer: Each of these sibling psychopaths has a different mutant power: brother Baran is super-strong, while sister Selinda can transmute matter. They're devoted to each other, but that's about their only redeeming quality. 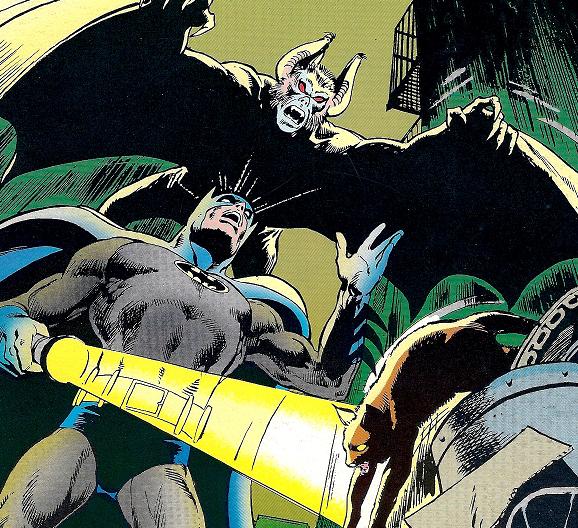 Man-Bat (Kirk Langstrom): Cursed to live as a freakish man-bat by his own twisted science, I imagine Langstrom would be lured to the team by the promise of a cure for his condition. This is another of Sean's suggestions. 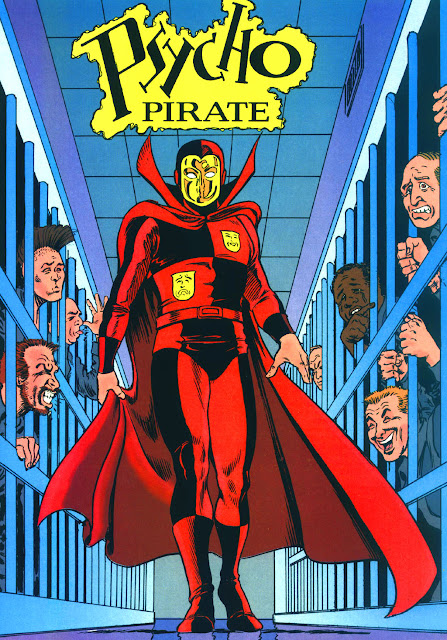 Psycho Pirate (Roger Hayden): Psycho Pirate can induce fear, rage, lust - whatever emotion he etches onto his own features. He's amoral and cowardly, but nonetheless useful for a variety of covert missions.

Ragman (Rory Regan): Ragman is a good guy, but his creepy motif - the ability to absorb souls of evil individuals into his "Ragman" suit - puts people off.

And finally, the new team leader is... 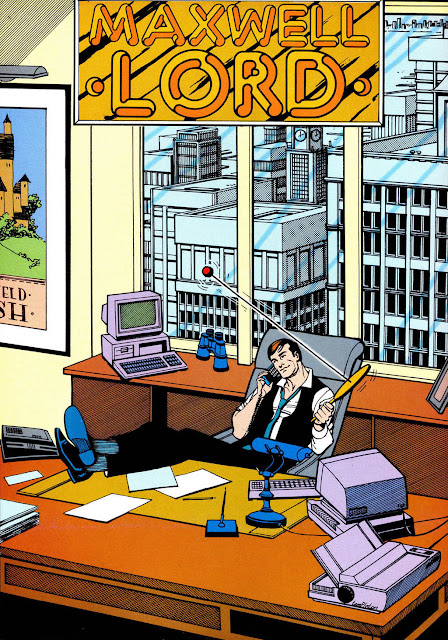 Maxwell Lord: Ruthless, cunning and manipulative, Max may seem like he serves nothing but his own purposes, but deep, deep down he wants to do the right thing - and thanks to past indiscretions, the government has put Max in a position to atone for his misdeeds, if not in the way he'd most prefer.

So there you have it. I imagine I'd kill off a few of these picks during the first year or so and rotate in some of the other characters I've saved for later. Did I miss anyone vital?
Posted by Earl J. Woods at 7:01 pm

(You missed Dr. Octopus, by the way.)

Well, I do think your choices are really well thought-out and very difficult to top. I too love skull-themed characters. I didn't agree with your choice of Maxwell Lord, but his font is PERFECT. Lose Max Lord, and you lose that font, and the whole thing would just fall apart. The haunted tank is great, the Rouge girl with no red at all in her character is problematic.

In any case, I do have some alternates for you to consider. We must have been writing at the same time, since I will present:

ARCHIE AND THE ARCHIESUICIDE SQUAD

ARCHIE: Well, here we are about to finally complete our mission. It's do or die from here on in, people.

JUGHEAD: It's been an honour to serve with you all.

REGGIE: Y'know Arch, ever since you took over from the Josie And The Pussycatsuicide Squad, I can't say I've really followed just what our mission is supposed to be. I mean, I know we're supposed to kill Professor Flutesnoot and topple his evil regime, defeating the entire town of Riverdale who has been hypnotically transformed into his obedient army of selfless minions... but then we were doublecrossed by Coach Kleats and we found out that our true mission was to rescue Miss Grundy from the dimensional rift that de-neutronized Pop's Chok'lit Shop and let loose all of those crazy dinosaurs from beyond the eighth dimension.

ARCHIE: So your question is...?

REGGIE: So my question is, if we were supposed to do all of that, why did we go all the way down into South America to rob that Bolivian bank?

ARCHIE: Are you sorry we went?

REGGIE: No way, pal. You go, we go, amigo. It's just that the plotline seems convoluted for the sake of killing some time.

JUGHEAD: I don't think time is the only thing that's gonna get killed, you guys. I just peeked outside. It looks like there's ten thousand troops out there. The Bolivians must have sent their entire army!

GENERAL WEATHERBEE (on megaphone): Come on out weeth your hands up an' drop your weapons and I promeese nobody weel get hurt!

JUGHEAD: Oh, man, that was Weatherbee. You remember back when he was just the principal instead of the unelected-dictator-for-life of a small militant South American country?

ARCHIE: Those were the days, my friend.

JUGHEAD: So, whatever happened to Josie, anyways? How did we end up with all her stuff?

ARCHIE: Remember when we were touring as The Archies the band, before we became a covert kick-murder squad? Remember when we booked that gig in that spooky mansion with those crazy kids and their dog?

ARCHIE: Wrong crazy kids. No, the ones with that van.

JUGHEAD: Riiight. The ghost turned out to be holographic projections made by the museum curator, who was out of a job when the government closed that old lighthouse.

ARCHIE: Well, remember how dark it was in the parking lot. We accidentally switched buses and took all of Josie and the Pussycats' equipment. Except it wasn't musical instruments in the cases, but guns, since it turned out that Josie and her crew were Majestic-level CIA.

REGGIE: She intentionally made the switch because she knew she'd never survive this stupid mission.

ARCHIE: Well, whatever, we're on the hook regardless.

JUGHEAD: You know, holographic projection is pretty advanced. If the museum curator patented his invention, he could have made millions and advanced science by decades. Instead, he just wasted his time scaring kids.

DILTON: Archie, this business with the Bolivian bank has gone unexplained long enough. It's like you've followed the plot of the wrong movie. We should be a Suicide Squad , not Butch -

REGGIE: Well, amen to that brother. It was about time.

JUGHEAD: He's right, Arch. If you wouldn't have done that, I would. I could never stand that little jerk.

ARCHIE: I never knew you guys felt that way.

JUGHEAD: Yeah, well, we had too many characters for the audience to keep track. This helps.

REGGIE: Speaking of Josie and the Pussycats... you remember Alexandra Cabot?

ARCHIE: Yeah, sure. Why?

ARCHIE: And you know this because...

REGGIE: Alexandra and Veronica both have the same birthmark of Whistler's Mother on their left -

REGGIE: Well, you'd been making so much time with Betty, I thought I might as well move in, and, you know.

REGGIE: You've never seen Alexandra and Veronica in the same room together.

ARCHIE: And now I know why. Wow.

REGGIE: Alexandra and Veronica in the same steam bath together... that would be hot.

ARCHIE: Except they're the same girl.

GENERAL WEATHERBEE (on megaphone): Eef you do not come out with your hands up an' your weapons down, we will be forced to burn you out!

ARCHIE: I sure miss Betty and Veronica.

ARCHIE: I wonder if we will ever see them again?

REGGIE: If angels from Heaven ever fly over Hell, my friend, we will.

REGGIE: I wouldn't have missed it for the world.

ARCHIE: And we're finally rich! I mean look at all of this loot we took from the bank!

JUGHEAD: I could finally pay off my hamburger bill. Or just buy more hamburgers. But I don't recall seeing any burger joints as we fled into this old decrepit building with only one entrance, that entrance being barred right now by a single large wooden door.

REGGIE: Yeah, right. One way in, one way out.

(Archie checks the action on a nickel-plated revolver with an ornate grip. The motion is as smooth as summer cherries. Whirrrr-click!)

ARCHIE: One way in, one way out. Guns a-blazin'.

ARCHIE: Out that door, we shoot and make a run for it.

JUGHEAD: And we run for it. Sounds good to me, Arch.

ARCHIE: So... out the door on three. Any last thoughts, requests, feelings to share?

ARCHIE (grittily, needing to get things going): Okaaay, then. One... two...

(Archie pushes the wooden door open on "two", intentionally foregoing "three". Powerful, brilliant equatorial sunlight streams into the dark room. The gang runs out the door, yelling and shooting. The view stays still, as the door automatically swings shut behind the squad. B.J. Thomas sings "Raindrops Keep Falling On My Head". The door is instantly punctured by hundreds of rifle bullet holes, which let the sunlight back into the dusty air of the room. Dust and mortar crumble from the clay walls as more bullets hit, a few penetrating.)