The Cat and Kevin Bacon 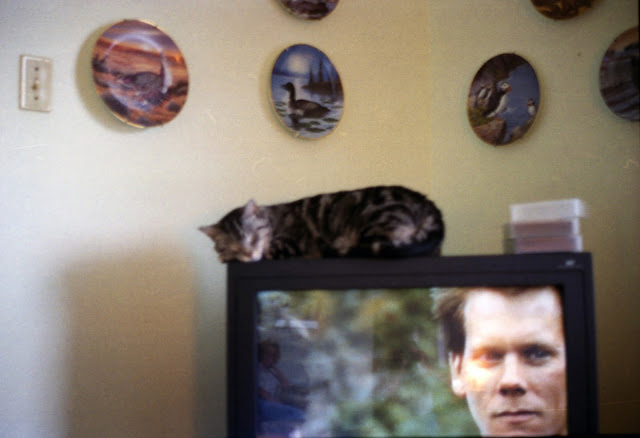 "Someday," thought Kevin Bacon as he acted his heart out in a key scene of Footloose (Herbert Ross, 1984), "This'll play on TV and some damn cat is going to be sleeping over my head."

Seconds after that thought made its way through Bacon's mind, the director called "Cut!" and waved his arms over his head. "More energy!"

Years later, Alex the cat leaped onto the television of a perfectly average suburban home and basked in the warmth of electron-sizzled Bacon.
Posted by Earl J. Woods at 6:49 pm

Normally, you'd be asked if "you want bacon on that?"; I find this strangely unsettling.