Early last year, I saw my 4,000th movie and posted the number of films I'd screened by the decade of their release. I've now seen 5,773 films; here's an update to those numbers. 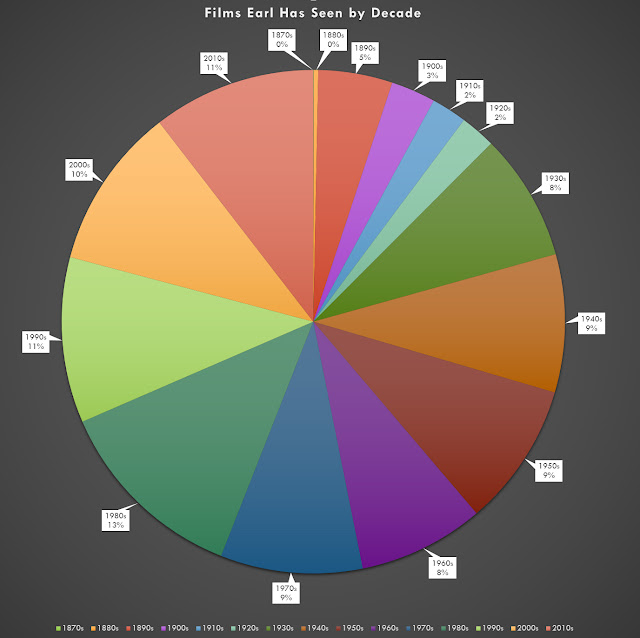 As before, the chart shows I try to watch films from across the decades, but that decades before the 1930s are underrepresented and decades after the 1970s are overrepresented.

Here's the breakdown of films seen per decade, from most to least represented. The number in brackets indicates whether or not a decade moved up or down the ranks or stayed the same since last time.

The number of undated films has been cut in half, meaning The Movie Database is doing a better job of including release dates for even the more obscure films. And I've finally seen Ferris Bueller's Day Off!