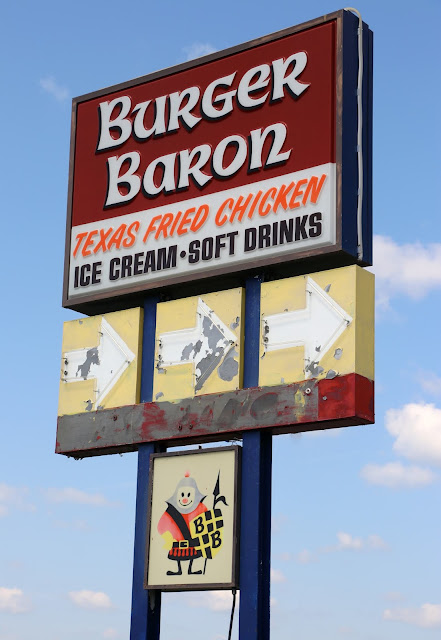 Tofield's Burger Baron offers something I haven't seen before: the Baron Brute, a hoagie with cheese, pepperoni, and ham, presumably inspired by the Boston Brute. 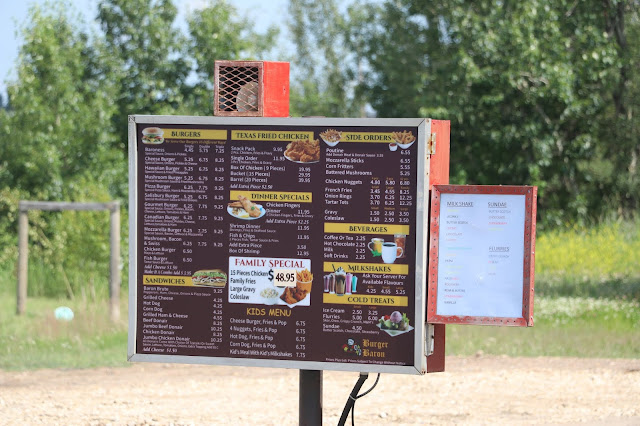 Of course, no two Burger Barons feature the same menu--at least not in my investigations thus far. In Tofield, aside from the usual selection of burgers, they also offer a shrimp dinner, fish and chips, and flurries. 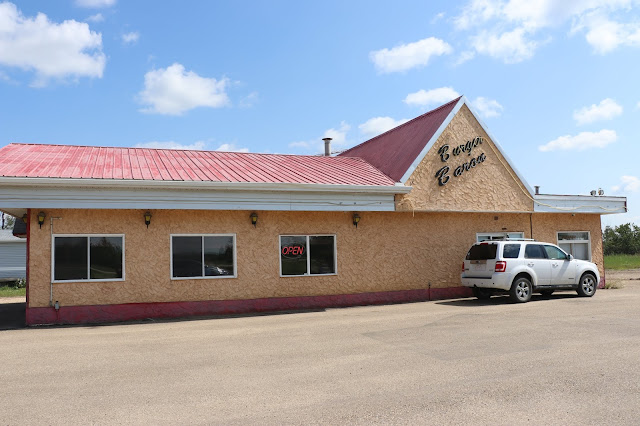 The exterior is as dilapidated as one hopes to see when visiting a Burger Baron. 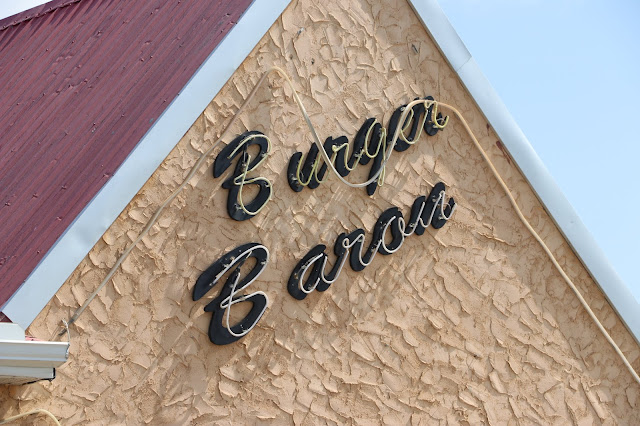 I ordered the Baron Brute, fries, and a small chocolate shake, while Sylvia had the cheeseburger, fries and Pepsi combo from the kids menu. My Brute was quite satisfactory, perhaps better than Boston's, though not as good as the Loaf available at Leduc Diner. Sylvia's cheeseburger was oversized for a child item, and our fries were slightly above average, of the sort that require salt and vinegar. Service was friendly, though prep time was a bit slower than one might expect from a fast food joint. Luckily, we were first in line; the Baron of Tofield was quite busy this Sunday afternoon. 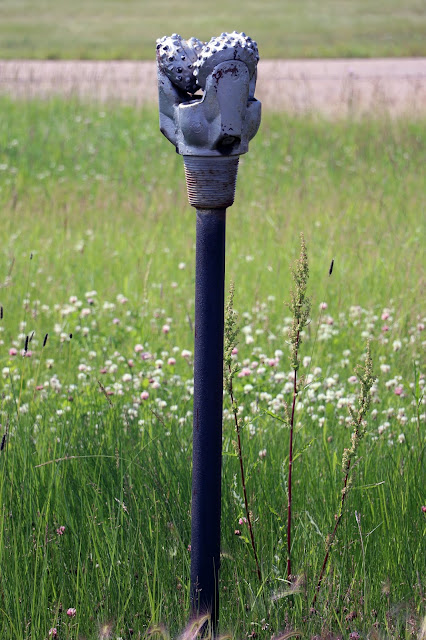 All told, Tofield's Burger Baron meets the humble standards established by the other establishments that carry the name.
Posted by Earl J. Woods at 5:11 pm