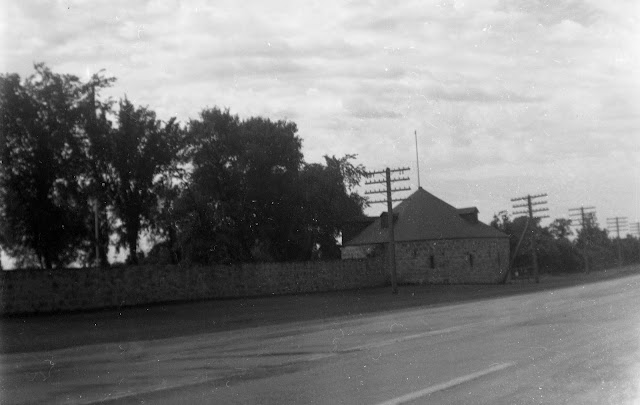 Old photographs fascinate me. Here we have what appears to be a stone fence connected to a round stone building. Who shot this? Where did they shoot it, and when? What's the significance of the building?

Based on the other negatives on the strip, I can  limit the "who" to my parents or Dad's parents. "When" could be anytime between the 1950s to the 1960s. Beyond that...a mystery captured in silver nitrate. Or, since this is a scan, in photons, inconstant as memory.

UPDATE: Mom says this could be Upper Fort Garry, north of Winnipeg, sometime in the late 1960s.
Posted by Earl J. Woods at 5:49 pm