Donkey Kong Has It Going On 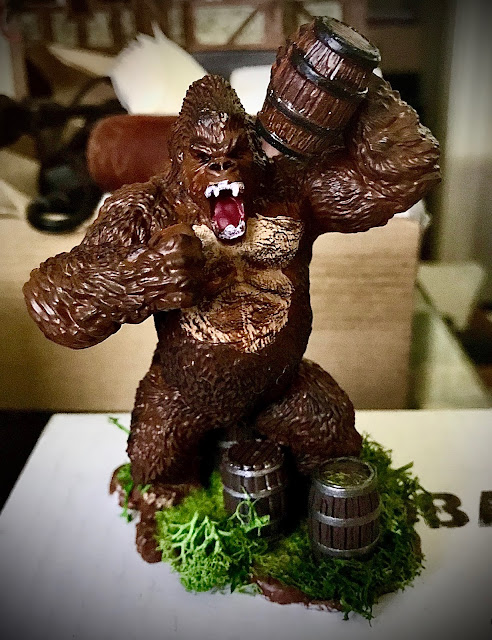 I found myself with an extra unpainted giant ape miniature, as one does, and I initially thought I would paint him black to serve as Gorilla Grodd to go along with the Ultra-Humanite (see a future post for how he turned out). But Sean immediately had a better idea: Use some of my many barrels and some basing material to create Donkey Kong. So this becomes the second miniature I've based and the first I've modified, in this case by gluing a barrel to Donkey Kong's upraised left hand. Even though his fist is closed, it works pretty well. 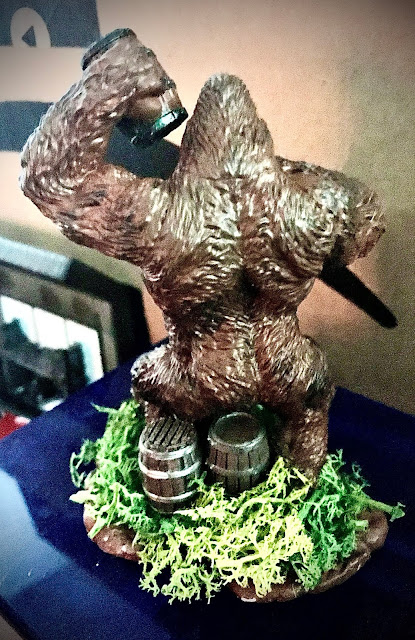 Here's how he looks from behind.
Posted by Earl J. Woods at 8:04 pm