Wrath of the Ultra-Humanite 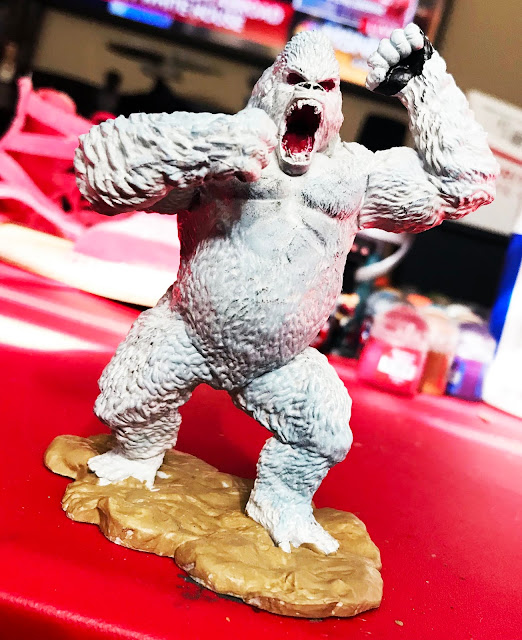 The Ultra-Humanite is Superman's earliest and possibly his most fiendish villains. He's a mad scientist who uses surgery (and, naturally, accomplices) to move his brain from one body to another when his host body's usefulness runs out, either due to old age, damage, or simply convenience. Aside from his first appearances, in which he resembles a proto-Lex Luthor, the Ultra-Humanite's most famous bodies are those of actress Dolores Winters and a giant albino gorilla, which I have attempted to replicate here.

Mind you, this is not a strictly accurate rendering. While using the albino gorilla body, the Ultra-Humanite wears a red and gold harness. I could attempt to simply paint his harness onto the body, but then you'd see the fur texture beneath the paint. I could try Green Stuff to sculpt the harness and then paint the Green Stuff, but...I'm not ready for that advanced technique yet.