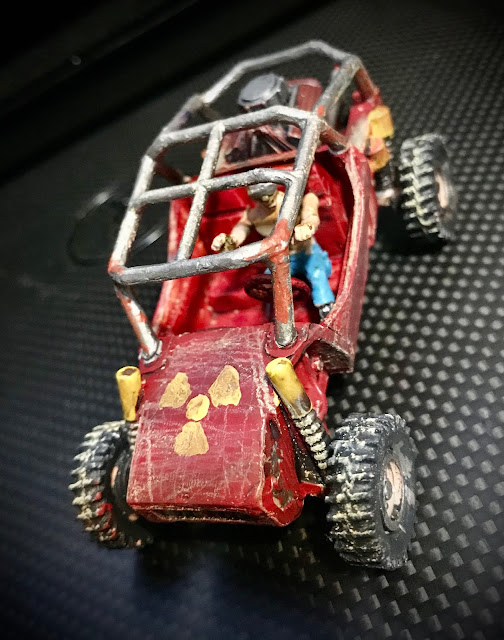 Here's yet another dune buggy, but it represents a new personal milestone: this is the first time I've used a stencil and weathering pencils. The stencil, of course, was used to create the radioactivity symbol on the hood. I used some sand and rust weathering pencils to add, well, sand and rust to the vehicle. My models still don't look as realistic as I'd like, but I think they're getting a bit better, inch by inch.

The driver's arms are raised up off the steering wheel not because he's panicking, but because I glued them at an angle too high to give him the ability to grip the wheel. So he'll probably play the role of "terrified passenger" more often than "driver."