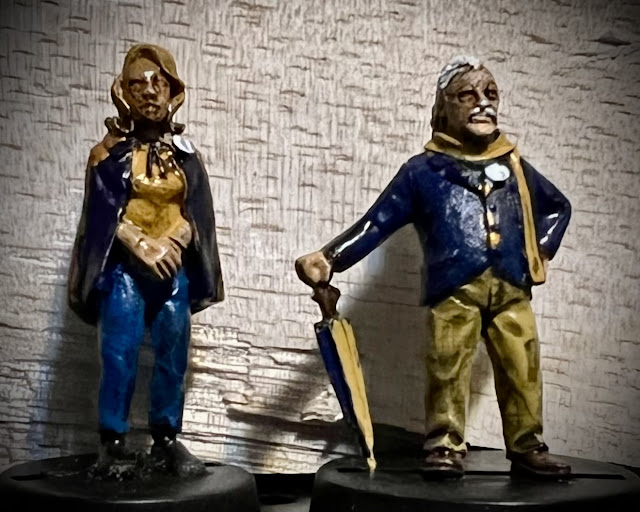 Crooked Dice makes 28mm figurines, um, "inspired by" various films and television series. Here we have a pair of "Spy Masters," clearly based on characters seen in The Prisoner. Aside from the poor woman's face, I'm pretty happy with these. Number Two's face looks good, and I even managed, with much trial and error, to give him a mustache. And while I didn't even try to put Village numbers on their badges, at least the badges themselves are clearly in evidence and even round! Number Two's scarf should have another stripe, but I was certain I'd ruin the work I'd done thus far by even attempting to add the stripe. Sometimes you have to know your limits.